Guilt is a terrible feeling- if one is not able to come into peace with it, guilt and remorse eats into a person’s soul resulting in depression, fatigue, as well as manifesting in other illnesses.  If unaddressed, the person could be so withdrawn and stuck in the past that life loses its meaning.

Given any circumstances, we all do the best with whatever resources that we have. We did what we thought we have to do, even though the consequences sometimes can be very shameful or we could have caused something terrible to happen- that time, we may not know the impact of what we did. 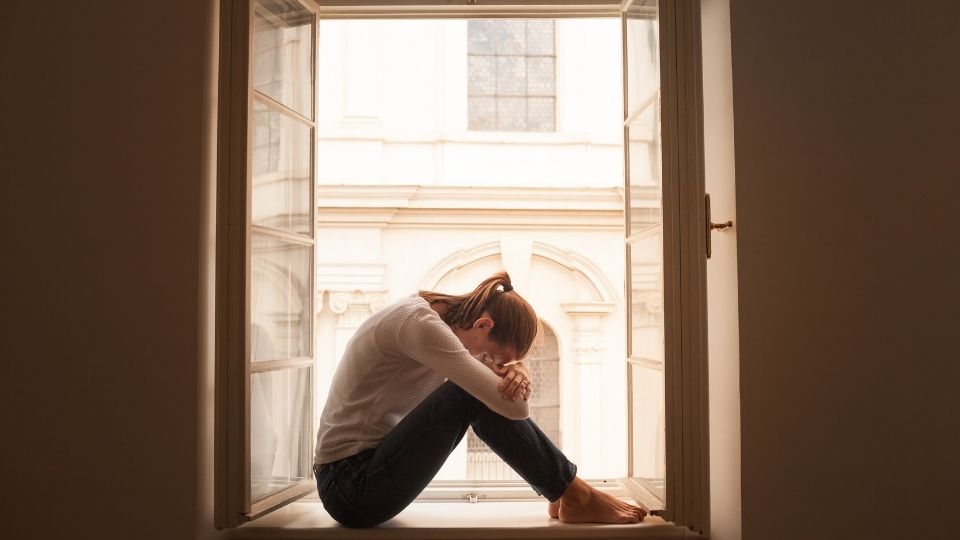 It is important to move on from guilt, to forgive ourselves for our wrongdoings. If we can make amends, then make but if not, then we need to move on.

Because it is not easy to put into words, I thought of sharing this very thoughtful story that I’ve read in Her World magazine (Malaysia edition) published in December 2011. It’s about a woman who sold her body in order to pay the bills.

The lady had a bright future in front of her. She was going to pursue her dream of becoming a teacher- enrolling into a teacher’s training college and then to teach children. But one day, a son of a family friend raped her and made her pregnant. She was only 20 years old.

Because her family did not want to be shamed, they forced her to marry the man. The man, who hated having his freedom cut short, did not even looked at the baby as the baby girl was born. Despite having the financial means, he never supported the family- often coming back late at night. She had to rely on her miserable pay as a receptionist to pay the bills.

One day her husband just walked out on her- leaving the unpaid bills and debts totally to RM5340.76. To her, it was a lot of money. She had no idea how she was able to ever repay the debt.  It’s hard for her to continue working as she could not afford daycare.

In desperation, she carried her baby under the scorching hot sun to try to look for a job. Tired, she rested to have iced Chinese tea at a run down restaurant when she saw a lady placing her name card on the table. She picked up the card from the table and saw a lucrative job offer as a social escort.

The mamasan met her the next day and liked what she saw. A week later, she had her first client- the first time she sold her body, she  scrubbed herself raw. She felt very bad but soon the money was too good. By the end of the first month, she earned about RM4k.  In a few months, she came out on her own- so cut the middle person, she was able to triple her earnings.

In no time, she was able to repay all the debts and have some savings.

The saddest part was the part she wrote about her family:

“My family know I was a prostitute and not once did anyone said no to the money I was handling out.”

It said a lot about the support and her family. She had no one to rely on but herself. No guidance, and no support and so at that point she felt she had no choice but to sell her body.

One day, when her daughter was 4 years old, the little asked her while she was walking out to meet a client: “Mummy, where are you going? You look so pretty”. She then asked herself the same question- yes, where was she going.

She decided it was time to quit and to pursue her dream of being a teacher. After all, she had earned enough to put herself to further her studies.

Today, she has a Masters Degree in Education and is teaching. The ending part of the article, she mentioned:

“My life seemed normal again and whenever the black days of my past haunt my memory, I look at my daughter, now a beautiful 13 year old and feel that all is right with the world. I have also learnt to forgive myself and feel the sun on my face once again.”

At the point, she had done what she had believed was necessary to pay the bills and raise her daughter. She could not work in jobs like a fastfood restaurant or lower paying jobs because the pay would be too little to repay the debts and with her pay, she would not be able to afford daycare. But when she had made enough, she decided to stop. Continue her studies and to earn an honest living.

Sometimes it is easy for us to judge others- but no matter how others judge us, often the most harsh critic is we ourselves.

What drives a person to depression, murder or suicide
Detoxing the body and mind through fasting
Autistic and hyperactive child and mother with cancer - spiritual causes
How to quit the bad habit of bingeing?
Spread the love
Related Pages: Pregnancy  | Children |  ADHD/ Asperger/ Autism
depression, mind over matter