The answer is NO,. You should not keep your rice porridge or congee overnight. I know, logically there does not seems to be anything wrong with storing cooked porridge overnight in the fridge.

The main reason why porridge or congee should not be kept overnight is because it would cause wind buildup in your body from the traditional Chinese healing perspective.  In fact, I have been told that if you buy a packet of porridge to eat for lunch but could not finish it, you should not keep it for dinner.

Once, I remember a colleague of mine was unwell but still came to work. She bought a packet of porridge for lunch. As she was too busy with work, the packet of porridge laid on her desk until she had finally had time to eat it in the evening. The porridge was already cold. After eating, she complained that her stomach became very uncomfortable.

Keeping overnight or more than that is out of the question. 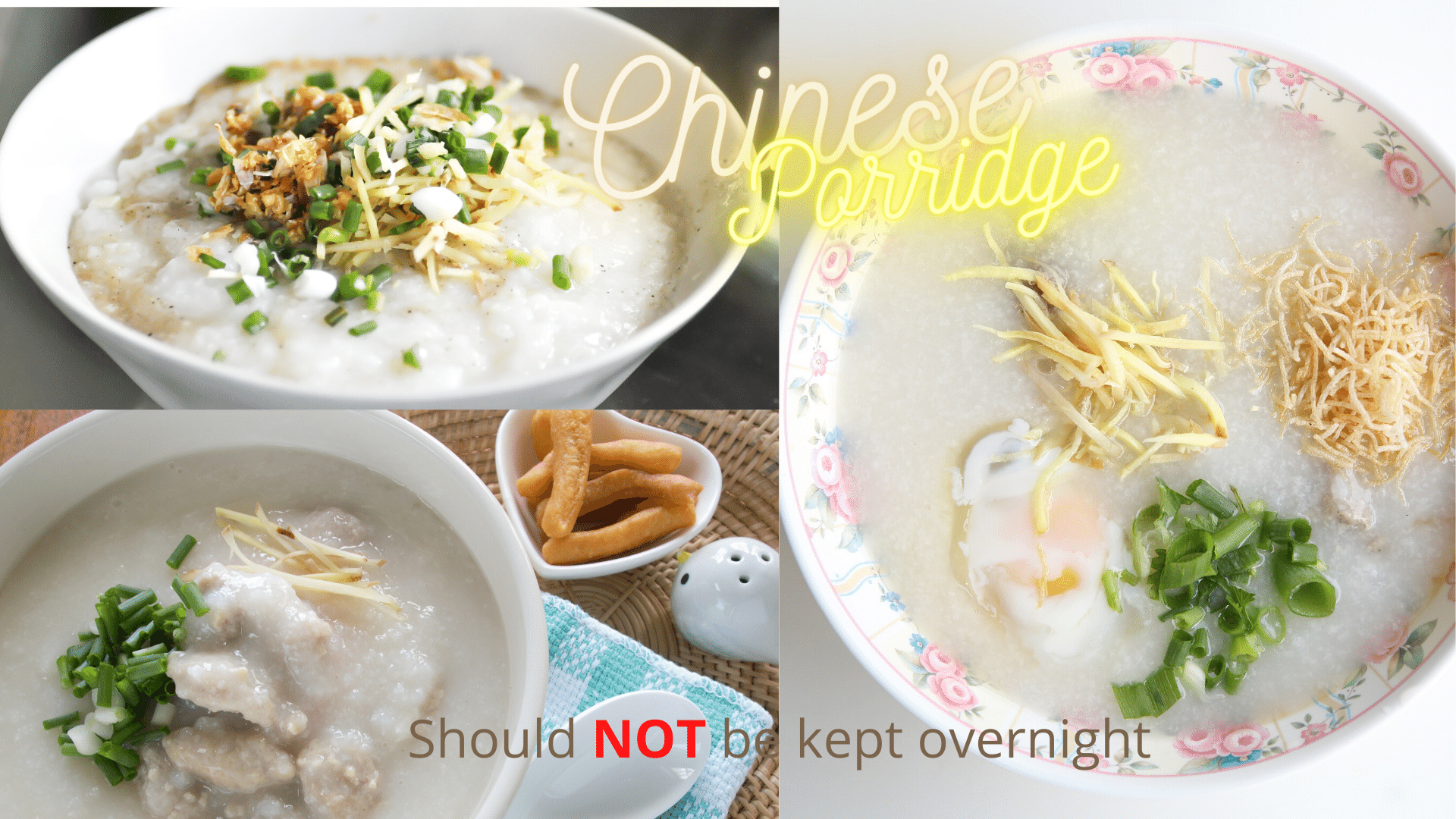 The very nature of rice porridge or congee is that it very good to soothe a queasy stomach and to be taken when we feel unwell, flu or simply have no appetite. But as the hot porridge starts to cool down, its disposition would change.

I have personally suffered from a wind in my stomach after heating and consuming overnight porridge. Basically the porridge was boiled with quite good ingredients and I felt it was wasteful to throw away. I put in the fridge when I could not finish it. The next day I took it out, heat it up and take- and I suffered the opposite effect. When the day before I felt the porridge soothed my stomach, the next day I felt my stomach going queasy after taking it.

Read the true story of another colleague of mine who suffered painful stomach cramps due to excessive wind build up from consuming overnight porridge.

We would boil the porridge (usually plain rice only) in morning and then pour it straight into a thermal flask. We have some people who eat porridge 3 meals a day. The ingredients for the porridge, example fish, salted egg or pork meat are placed separately- this is to avoid the porridge being spoiled (because if you mix the ingredients together, the porridge will get spoiled after lunch. 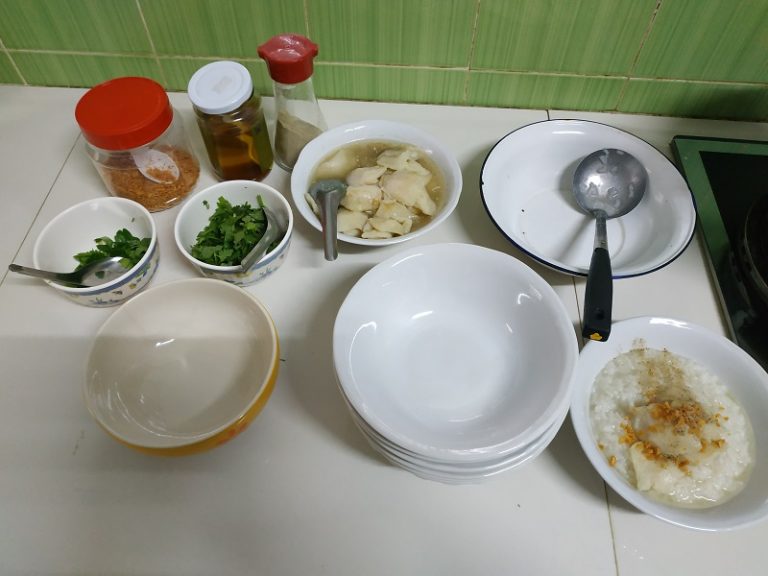 Inside the flask, the porridge stays warm until lunch.  After lunch, we would pack the ingredients into containers and store them in the fridge.

For dinner, I would take the porridge from the flask, mix with the ingredients (ie fish, meat, etc) and put it to a boil in the pan. Then the porridge would be served hot.

After dinner, any leftovers of the porridge would not be stored but would be disposed of. We do our best to estimate the best volume to cook to minimize wastage. It is not the situation that we would like best as ideally the porridge should be cooked fresh before each meal. But given some constraints that we have, this is how we can best manage.

You: Hey, if you boil it in the morning and then still eat the same porridge at night, if you count the hours it is as good as overnight.

Me: Yes, you are right. However…. there is a difference. The porridge is kept in a thermal flask and not stored in a fridge. I agree the fridge is there for that purpose. But not all types of food can be stored. For example, I find the same for other types of food/dessert…. fresh soya milk (those bought directly from hawker store), tong shui (Chinese sweet dessert). I have been told by many older ladies that porridge need to be consumed as quick as possible.

Is taking a supplement the same as biting into an apple?
Harming and influencing others through dark practices like sorcery, pukau or jampi
What type of eater are you?
Pain on the face, ears and eyes due to mobile phone usage- don’t ignore them
Spread the love
Calendar 2022 (USA holidays with motivational quotes) is available for free download (pdf printable format).
Chinese food, rice, wind in stomach

Why You Should Keep Away from Iced Drinks

The Joy of Discipline to achieve your goals

Abdomen Crunches Alone Will Not Give You a Flat Tummy

Phrases of a Workout

Rebounder and other treatment to relieve PMS/menstrual pain
Does teh tarik (pulled milk tea) have caffeine?