Tea and coffee both have caffeine it them but the effect may vary from one person to another and also with age. 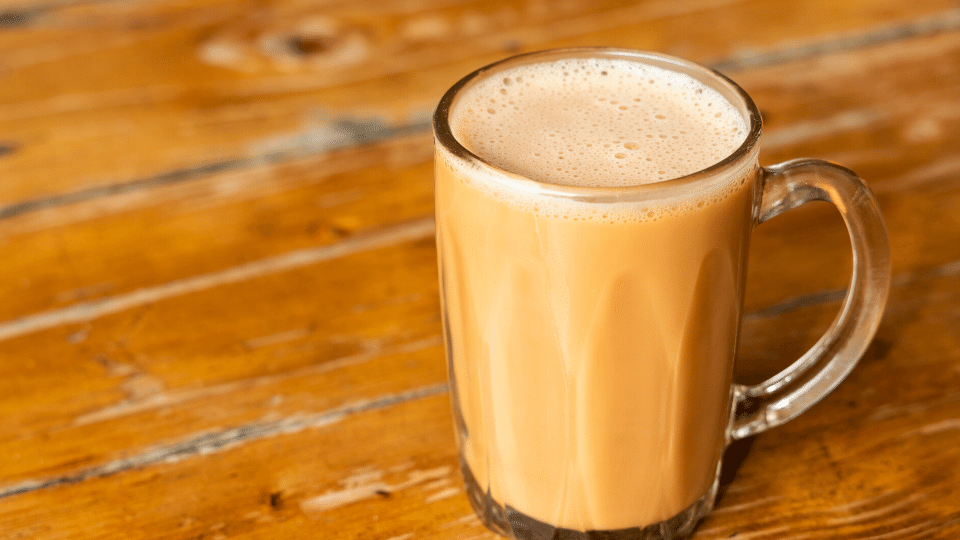 Teh tarik (pulled milk tea), iced lemon tea, bubble milk tea definitely have caffeine. In some cases, the caffeine content may be more strong than an ordinary cup of coffee. Not to mention that teh tarik has high sugar and milk content. A delicious cup of teh tarik would require high concentration of tea which need to be ‘balanced’ by a lot of sugar and condensed milk. It would be at least 140 kcal per cup.

Personally for me, I could not fall asleep at night if I were to drink a cup of milk tea or teh tarik after 4pm. I could sleep even if I were to have a cup of latte at 5pm or 6pm but not a cup of milk tea or teh tarik. It took a few sleepless nights after I happened to have milk tea/ teh tarik for me to be able to make the connection. Therefore if I want to have my teh tarik, I would drink it before 4pm unless I wish to stay up the entire night.

Note: Staying up the entire night would make you feel like a zombie the next day. It is better to go to bed earlier and get up earlier than to pull in an all nighter. Even as a night owl, I admit that I can get more things done if I were to get up earlier in the morning than if I were to stay up at night. It is fun to stay up till 4am in the morning but it is downright miserable to feel like a zombie… tired with my brain feeling like mush the entire day.

Chinese tea on the other hand does not have the effect except for Tie Guan Yin which not only give me sleepless night (if consumed after 4pm) but discomfort in my knees as well.

Each one of us is different

Opinions varies between which one have the higher dose of caffeine… is it tea or coffee. To me, this is very subjective because it really depends on the manufacturer and the concentration and quality of coffee/tea used to make the drink.

Your body may also react differently to the caffeine from coffee and tea. For example, some people would get palpation or even hypoglycemia reaction when consuming certain type of coffee with a combination of some type of food.  On the other hand, I have not heard that tea cause palpation but certain types of tea can trigger arthritic pains or dizziness in some people due to its cooling effect.

Therefore, if you find yourself suffering from unfavorable health reactions, retrace the food and drinks that you have taken during the entire day to see if you can find a pattern. Even though the food or drink is not known to have that effect on people, most important it has an effect on you.  Once you identify the pattern, you would need to decide if you wish to avoid the food/drink, reduce or take it at certain timing.

Is drinking tea with your meals good for your digestive system?
The Effect of Coffee on Our Liver (from holistic perspective)
Why do you get skin rashes and allergies after drinking coffee/ alcohol
Can eating fried rice everyday kill you?
Spread the love
coffee, tea

Why caffeine is bad for our body

Is doing housework the same as structured workouts?

Between knee damage and organ damage…which one is worse?

Can Porridge/congee be kept overnight?
Can acupuncture cure bow legs or knocked knees?