In certain parts of the world, it is known that some dabble with dark energies- directing it to make people sick, give away their money, surrender or fall in love with them. Often, the victim’s reaction would be out of the norm. I decided to write this article after reading about ‘pukau’ or ‘jampi’ in the Mingguan mStar (in Malay language) published today in The Sunday Star. These are stuff we cannot see, but these forces does exist amongst our midst. 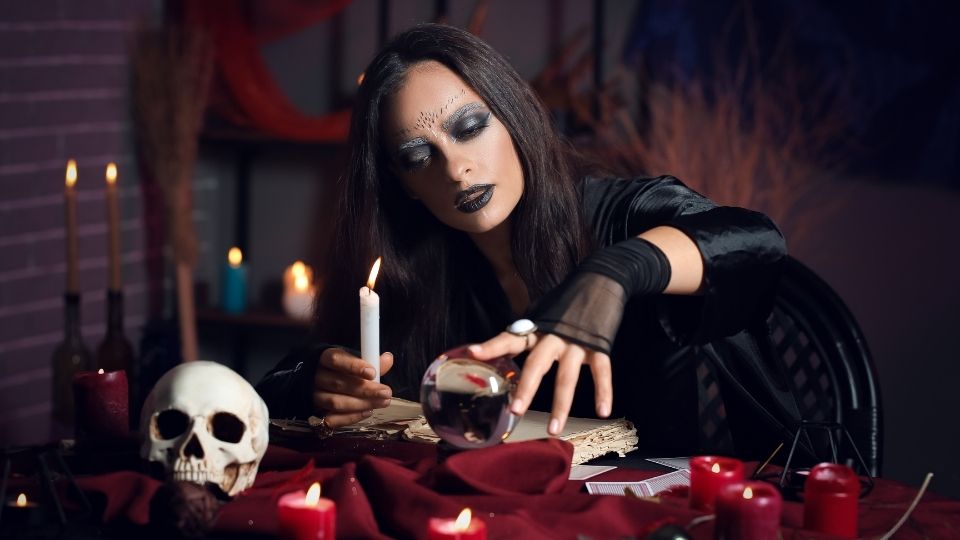 When I was young, I’ve heard stories of very well behaved girls who ran away and got married to someone whom their parents were very much against (often of other race and religion or that the girl was too young). Once, we also had a relative to came over to help us to clean the house when I was about 9 years old. This lady (in her 40s) had always behaved strangely- she was hardworking but always begged my mom to give her ‘loan advances’. One day while I was coming home from school, I saw her holding hands with a Chinese man who looked about half her age. I called her to greet her and the moment they realised I was behind them, they quickly parted ways and the man walked away. I relayed the incident to my mom. This lady, after she came back from short off days, would have some bruises around her arms and face, in which she said she had fell down or bumped into something.

Later my auntie and some relatives came over and got her back. I heard that she was a victim of ‘white magic’ or ‘love portion’ that was possibly inflicted by the young man. The man would beat her when she could not give her money and she would do whatever she could to get him money obediently. She gradually recovered after they took her for some prayers and kept a close watch over her.

I’ve also heard that some women places ‘white magic’ or ‘susuk’ in order to make a man fall in love with them.  But the side effect is that the man would gradually become more dumb and his health would suffer as this required constant ‘reinforcement’ of the spell. I wonder about the worth of it because if the person’s heart really does not belong to us, why force it? Yes, we’ll cry and our hearts would be in pain but time really would heal all wounds and we would move on with life. And deep down, she would always know that had he have free will, he would have not chosen her.  In the long run, she would not be truly happy and in the end, it may cause a premature death. In the end, she would still be all alone.

When I entered university, I also got to know another Chinese girl who was supposedly a victim of ‘love portion magic’. She had met this guy at work and romance blossomed but there were huge objections from her parents- first because she was too young, and secondly because the man was from another religion and was off a playboy type. No one suspected anything as the man was handsome, overseas educated, intelligent and could have gotten any woman he had wanted. But it seemed that he travelled all the way to a long distance to arrange to have a spell placed on the girl.

The girl had behaved strangely, often very depressed and emotionally unstable- she had wanted to run away with the guy but I guess partially it was her filial piety towards her parents that prevented her not to do so. But we could see she was suffering from the battle within. A friend of mine took her to a local medium who confirmed she was being casted a spell and then attempted to dispel it. It worked for a while but later her symptoms came back. She was an emotional wreck for about 3 years- and towards the end of the time, she had become almost suicidal and she had a lot of physical pain as well.

But later, one of my friends brought her to Buddhist meditation class which were held in our university because we did not know what else to do. It was amazing- she told us that within 6 months of learning meditation, the overwhelming love she had felt for the man went off…just.  like that- as if it had never happened at all.

I always remembered what she said:

‘I had always sought treatment and help from mediums and healers. I was a total emotional wreck- and yet, I knew deep down that I had to cure myself- no one could do it. No one can help me if I don’t want to help myself. In a way I was also to be blamed because I had loved him, even though I knew it was wrong and that he was just fooling around- and I knew to follow him I had to give up everything I had. Deep down, I knew it was not worth it- and hence, the battle within.  Meditation was amazing- gradually I began to felt better. One day, in after 6 months, I  turned the awareness within and the light of awareness seemed to shone and whatever ‘unclean’ thing that had resided or had taken a hold on me for so long seemed to not able to withstand that bright white light.  It was then that whatever that was plaguing me for 3 years just went off in a whiff and never came back. It was really strange but it was then I began to understand that when you are aware and conscious of within, nothing bad can get inside or affect you. It is always us who give power to others over us.”

In the end, she graduated, came out and got herself a good job. She was also involved in social work and service.

No doubt, meditation is useful- because the simple act of being aware within, of calming down the mind and emotions have profound effects within us. It focuses the hazy and scattered mind. It’s like if you don’t watch over your house by keeping the doors and windows open, thieves and all kinds of things are free to get in. When you keep your house closely guarded and close the doors and windows, then it is much harder for thieves and whatever to come into your home. Better still, if your house is well lighted and you install CCTV at all angles, the moment anyone try to climb in you will shine and torch on them and they’ll run for their dear lives.

Keeping the windows and doors opened and unguarded is similar to us not being aware or just live our life in a daze/like a zombie- our attention move outwards towards external stimulants like food, entertainment, fantasies, looking at other people’s flaws instead of our own, dwelling too much in the past or scheming and plotting things, etc. When we do that, our mind and emotions would be scattered. It does not take a lot for anything to affect us.

In other words, when we are not aware within, we can give external forces and people power over us. That is why the media can tempt and lure us to buy products and gadgets that we don’t actually need. Because they could plant ideas and influences subtly into our minds. To have true power, we need not be able to perform magic or fly or walk on water- but if we could be aware of the goings of our emotions and thoughts, then we would develop focus that enabled us to achieve the impossible. True power is developed and nurtured within- for no external force could bestow upon us.

Important: Don’t obsess or get paranoid or be fearful or blame whatever problems that you are having on ghosts, black/white magic, bad luck, demons, etc. If you do that, you have chosen to be a victim and….it would be hard to get well.  And if it true, you would end up giving whatever you fear more power over you. So, the thing is to work on your inner awareness, be more mindful of the arising of your emotions and pray for guidance and help (towards the faith you are in). The rest would take care of itself. And who knows, the experience may transform you into a different person- someone you never thought you could be. It could also bring out skills and abilities that you’ve never knew in had in the process of truimphing over yourself.

Note: For beginners meditators who are experiencing emotion issues, do learn from qualified instructors- don’t try on your own because it could be dangerous. Sometimes, one would see light and strange visions, or hear strange messages and it’s important not to follow these as again, the mind would move outwards and that would weaken us- it is even more harmful.

Food for thought for the lonely
Knee Pain & Feelings of Lack of Support in Life
Why do I keep getting colds, sinus and flu?
Stop running away from challenges and problems
Spread the love
25
meditation, Traditional Practices