Yes, I do believe that karmic/kammic forces has a role to play in the current Covid19 pandemic. In a previous article, I have written about danger times in the lives of each person whereby one’s faces a danger that potentially threaten one’s life.  And for those who escape from contracting the virus, there is an [...]

In my life alone, I have personally know 4 persons who were being requested by a being, supposedly a deity to use his/her body to channel it in order to communicate with people.  These things does happen to certain people and if you are or someone you know is affected by this, do read on. [...]

In everyone’s life, there would be a few times where one undergoes a life threathening events that could result in death. Since there is a lot of fear going on about Covid19, I would like to offer a perspective from the spiritual point of view. How long we have on earth is actually marked by [...]

A friend of mine confessed to me last year that she used to cut herself. It was totally unexpected. I was really taken by surprise because  I have already known her a few years and nothing in her outward appearance, words and demeanor showed that she was suffering from unspeakable inner torment. There are people [...]

Trigger thumb is a very uncomfortable and often painful condition where one experiences pain and a locked feeling of unable to move the thumb. It is getting more and more common for those who use their Smartphones or gamers. A friend of mine who does a lot of cooking for many people (which involves hours [...]

With the outbreak of the coronavirus where the strand of the DNA could be traced back to be from bats passed to snakes, I wanted to write more on consuming the flesh from wild animals. In the 90s, before the SARs outbreak, a powerful healer told us….it is most unfortunate that the people in Hong [...]

Do you find yourself suffering from a general feeling of fatigue and exhaustion? Especially if you are not a morning person, you may feel especially tired in the mornings which sometimes cannot be overcome by strong doses of coffee. I used to be a bread person. That means that in the mornings, I would often [...]

Psoriasis- How our emotional and personality plays a role 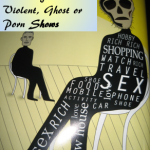