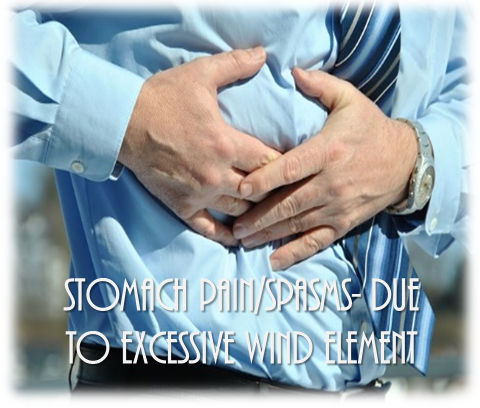 If you suffer from the following:

Finally her auntie asked her to visit a Chinese medicine practitioner. The Chinese doctor felt her pulse and told her the following:

Soon after taking the medication, she started burping. The release of trapped wind made her felt so much better. She went back and her auntie cooked porridge for her. She ate every 2 hours and within today, she was cured.

Another friend’s husband also suffered from tummy pain. My friend massaged her husband-and her husband started burping. After burping, the pain also go off.

Still, we need to take care of the food that we eat- it should not always be greasy, oily, heavily processed, lacked fibre and too much of red meat. When our stomach is not well, it becomes susceptible to all types of conditions. The lining on your stomach contains folds, bends and pores to allow food to be digested and passed through.

Insufficient intake of fibre and fluid will cause food to be trapped along the lining of the stomach. When these food rots, it will also give off gasses and bacteria that feeds on the rotted food will cause lots of pain. In the long turn, this condition turns to ulcer and eventually may lead to cancer of the stomach or intensines.

Of course, if you have been suffering from chronic stomach pain constantly and does not get better even though you eat more fruits and vege, drink more water and adopt other recommendations in my previous post, please consult a gastrologist or physican.

This article is part of the Stomach Ailments Series.

Stress, caffeine and that stubborn belly fat
Illness that got healed after consulting faith healers/ mediums
Take 2 green apples in the morning can cure lots of stomach ailments
Coarse or brown rice is not for everyone
Spread the love
Chinese food, stomach, tcm, wind in stomach

The terrible consequence of drinking beer and eating uncooked meat