Vitamin C or ascorbic acid is a compound that can be inorganically manufactured in the lab from inorganic chemicals. I had that experience first hand in high school mixing 2 chemicals and turn them into ascorbic acid during one of our science project experiment. I still remember my Biology teacher holding up the conical flask with a clear solution and declared- ‘class, this is Vitamin C’.

After a friend of mine graduated from pharmacy course, she went and worked in a local pharmaceutical company. She told me that some of the supplements were manufactured from inorganic chemicals. The cost of extracting vitamin C or other nutrients from life products would be too costly. Perhaps the more expensive brands would go through the more exhaustive and expensive organic extraction.

What’s the difference between popping in a pill and biting into an apple or orange? 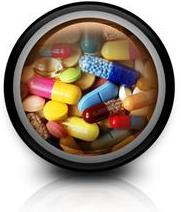 The difference is that, the nutrients found in ‘real foods’ have ‘life’ in them. The life sustaining energy of the sun, gave life to trees and greens to grow. Plants and trees are living organism… and they harvest the energy from the sun, oxygen, water and nutrients from the earth to build up the vegetables and fruits that you are eating. So real food has ‘life’ in them and when you eat them, they nourish your body, that are made up of countless of cells that are alive.

As such, your body would not be able to effectively absorb the energy from a ‘dead’ food. It’s the same as the air that we breathe in. We feel energized and naturally more relaxed when we are breathing in fresh air either from the seaside or near the trees- which you can’t say the same about air-con, even the specially oxygen enriched ones.

Years ago, I remember a friend of mine who told me why she stopped taking Spirulina. She had initially started taking that supplement sold at a high price from a direct selling company. Then, due to her busy schedule and life, she kept forgetting to take the spirulina. Not long later, she suddenly fell sick- and she was sick for one whole month- no matter what she took, she did not get better until one month. From then onwards, she decided never to take spirulina.

I used to see some agents feeding their kids with the supplements. Children should be allowed to built up their natural immune system by itself. One wonders how good the immune system would be if it is constantly being passively built and ‘protected’.

Its just like building muscles- you cannot build muscles through any passive shake machine or any equipment that you do no active work. You got to lift weights to tax the muscle a little, so that it breaks down and the body would naturally rebuild even stronger muscles. If you do not do that, no matter how many GNC or protein shakes you take, you ain’t gonna get those muscles.

Back to the example of the child who is being ‘nourished’ by supplements from young, the child is in a ‘controlled’ environment where he/she is probably taking clean food and drinking filtered water (probably the same company also sells the water filters).

So the child grows up and decides to go backpacking in Thailand or India. Can you imagine what happens to this person? He may unfortunately contract hepitatis or pick up some nasty infection because his immune system, it is entire life had not been to such ‘hostile’ environment and therefore is ill equipped to fight the ‘big enemy’. Ever wondered why the locals eat the same ‘dirty’ food and still are strong and hearty? Their system had acclimatized to the food- and their body had learn the fight off the same pathogens.

However, as people grow older, their system may not be able to absorb nutrients from food that effectively. With a weakened immune system, perhaps taking supplements can help. Another scenario is those who suffer from nutrient deficiency or malnutrition- there is not much options except to take a more concentrated option. My own brother was diagnosed with mild anemia when he was young- he had very pale face. He was placed on iron tablets, given a natural diet rich in iron and had to cut down his favourite drink- Chinese tea (he was taking the dehydrating drink and hated plain water).  Today, he’s a healthy young man who had not been taking the supplements for years but is on a generally well balanced diet.

The connection between comfort eating and goals/ purpose in life
Detoxing the body and mind through fasting
Take 2 green apples in the morning can cure lots of stomach ailments
Too much of Mandarin Oranges give Sore or Itchy Throat
Spread the love
anemia, diet, immune system, supplements, vitamins