Last week I woke up one day feeling a little out of balance. By noon, as a got up from my sofa after speaking to someone on the phone, I felt suddenly very dizzy. The entire room was spinning. 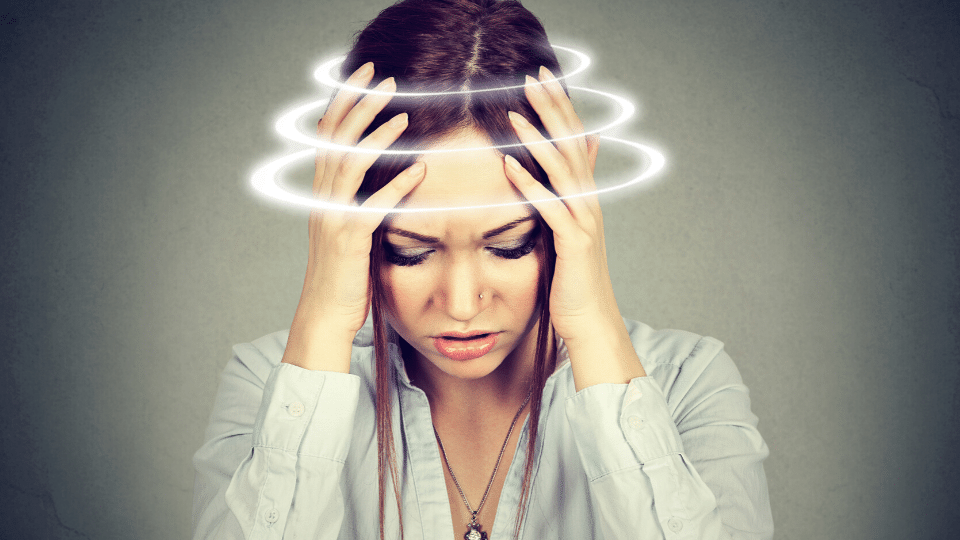 It was a horrible feeling. I took a few deep breaths to steady myself and slowly open my eyes. It got a little better but as I tried to stumble to bed to lie down, the room went into a spin again. I dread to think what could have happened if I happened to be driving, walking or crossing the road. I would have lost my entire balance and if I am driving, I would have been endangering my life and those of others.

I ended up not able to take lunch. I slept till about 4pm plus, got up and have a piece of bread with Ensure drink. Then slept back till 8pm till I felt a little better.

Then yesterday, almost about a week later, I woke up with a strange sensation again. The back of my head felt as if it had fluid and that feeling of lightheadedness seemed to be back. I checked my blood pressure- my readings were normal: about 120/ 77.

I weighed the options whether to see a conventional doctor or TCM doctor. As I would be travelling soon, I was not able to do a blood test and wait for the results. Furthermore, there is no known treatment for vertigo.

Also, I do not think it is convenient to take TCM medication like what my friend’s mom did to effectively treat her vertigo.

Finally I decided to visit my chiropractor, Dr Lo. Dr Lo uses a combination of chiropractor manipulation and point therapy to health symptoms. When I told him my head ‘did not feel right’ and I was having dizziness last week, he told me that dizziness or lightheaded should not be taken lightly. But I remember reading in a few health sites that lightheaded is not unusual in older people.

He then said if it is not unusual, then why this issue did not happen with most older people that we know? That is why it is a misconception that lightheaded is considered to be normal when it is actually dangerous.  He also said that sometimes blood pressure may be normal but a person can still have stroke.

He started the treatment by making me lie down flat on the chiropractor bench (the one where I could put my head protruding down). He pressed some acupoints around my shoulders and neck, then down my spine, butt and knees. He just seemed to know which points as almost all the points he pressed were painful.

He also used a vibrating tool which create a vibration in my muscles and bones. At some points, they were painful. Then, he worked on some acupoints at the back of my head, the most painful were 2 points located at the back of my ears. It was very painful.

Years ago when I first started going to him for treatment when I was still working in corporate, I was not tolerant of the pain. But as I become a caregiver, I know I have to stay healthy because if I am not well, I would not be able to take care of my mom. I’ve learnt to put up with the pain because it is easier to bear the pain for a short while during treatment than to be in frequent pain during daily life.

After that, he asked me to lie sideways (left and right), then on my back where he proceeded with the usual chiropractor adjustments on my spine and neck. Finally, he worked again on some acupoints on my neck.

Was the treatment effective?

Right after the treatment, I no longer felt the feeling of fluid buildup at the back of my head which made me feel as if the dizzy spells could come back anytime. This was a huge relief. Also, I felt due to heavy lifting (sometimes I have to lift my mom to help her get up and she has put on some weight), my back was not feeling particularly well. The treatments have helped to correct the misalignment as well.

I could have developed the dizzy spells due to insufficient and interrupted sleep. Due to Alzheimer’s, my mom is losing sense of time and sometimes she would wake me up at 3am, 4am or 5am, sometimes twice to ask questions such as “have you eaten?”, “has your brother come back home yet?”. Because sometimes I am woken up abruptly, I get into some minor shock before I could recover. This, with exhaustion of working almost the whole day may have contributed to the onset of dizzy spells.

If I have more time, I would have also taken a blood test to also test the general functions of my organs, blood sugar and cholesterol. At the same time, I would continue to go for such alternative treatments when I can.

However, not many people are opened to such forms of treatments. One of my neighbors, a middle age lady who suffers from constant vertigo, would rather be taking medication to manage the symptoms for short period.

Earlier this month while taking my mom to the hospital for a checkup, we met a patient who was also a former staffnurse like my mom. This lady has all sorts of pain and ailments due to years of standing in the operation theater as well as the long hours of working in Saudi Arabia. The function of her kidneys are declining as shown in the blood test.

Yes, painkillers are effective at first. But eventually you would need to up the dosage. And long term, these medication can cause damage to the liver and kidneys.

Sometimes, I really don’t understand…. no doubt alternative treatments like massage, chiropractor, acupuncture and point therapy manages symptoms for short term, but it does not have side effects like taking medication do. And if you wish to stretch the effects of a traditional treatment, you can do so by taking care of your diet, getting sufficient rest and practicing self healing exercises like qi gong, tai chi or simple exercises.

Perhaps it may be the pricing factor as a table cost a few dollars at most but an alternative treatment can be expensive. For me, I visit my chiropractor once every three to six months to manage my symptoms. Even though I may pay a little more, but I felt each of the treatment helped my body as a whole- like I mentioned when I went to see the chiropractor for my dizziness, the chiropractic adjustments also helped with my shoulder stiffness and back pain.

If down the line we ended up  having organ damage such as chronic kidney disease or in the case of my mom, liver cirrhoris from hepatitis B, the treatment which would require Western medical intervention will cost so much more.

Therefore, isn’t non invasive traditional treatments that helped to maintain our health to be a better option?