“If you are aggressive, impatient, intensely competitive and anxious to succeed, you may end up in a coronary care unit attached to an electrocardiograph” 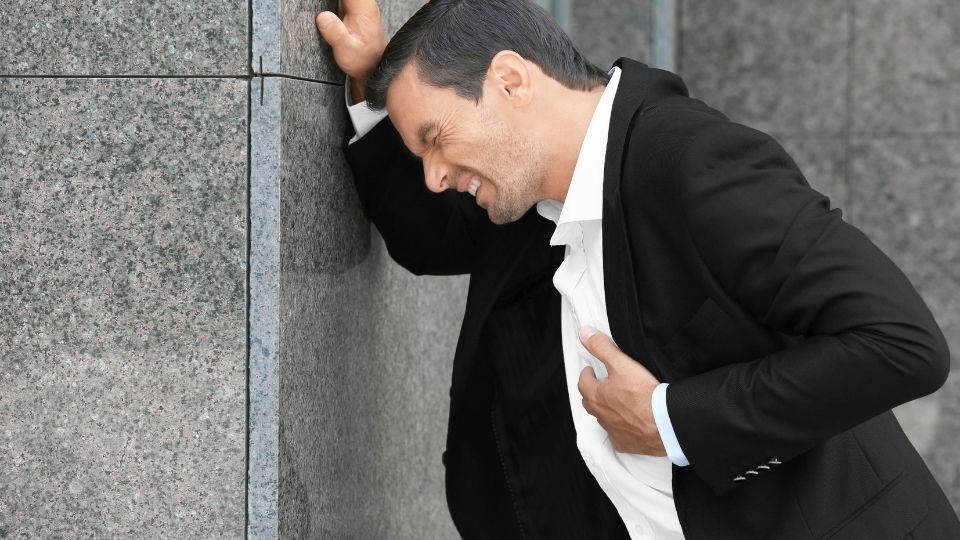 It was discovered that the people who were getting heart attacks were usually male and commonly under great pressure. They managed to show that these men usually had a strong drive to compete and to achieve. The heart attack patient works long hours, sets out to succeed, finds it difficult to sit still, is unable to relax and is a perfectionist. No matter how successful he is, he will rarely be able to fulfill his ambition.

This is also mentioned by Dr Dean Ornish, who have dedicated almost his entire life to research on the effective way of reversing heart disease. His methods are proven to have almost 100% success rate that involves lifestyle changes.

Changing our outlook in life

Personally, I fit some of the attributes described above, which was why in the past I had sometimes suffer from chest pains. It was then that I was advised to stop ‘forcing my heart to do things it does not like’ that the conditions improve. I did only simple things like being more aware- I am still learning to let go of things and make little small progress along the way.  I remember when a massage healer first worked on my shoulders, he commented that it was so stiff and the massage was so painful because he said he was trying to unblock so much of blockages.

Success does not come in power or monetary rewards. There are so many things that mattered more to than that.

From the article the The Top 5 Regrets People Have on Their Death Beds, here’s the top 5 regrets:

Below is a story that so well explained  the reality of what I often witnessed during my travels- which was what changed me so much. That people who don’t even know what internet is, and is poor, live a much happier life, even though life is hard.

The rich industrialist from the North was horrified to find the Southern fisherman laying lazily beside his boat, smoking a pipe.

“Why aren’t you out fishing?” said the industrialist.

“Because I have caught enough fish for the day,” said the fisherman.

“Why don’t you catch some more?”

“You could earn more money” was the reply. “What that you could have a motor fixed to yoru boat to go into deeper waters and catch more fish.

“Then you could really enjoy life.”

“What do you think I am doing right now?”

Vernon Coleman writes very thought provoking books. Here are some of his books available in Amazon.

Tonsil issues and cancer- and link to 'swallowing' one's emotion
Persistent cough with no cure and how it relates to stress and depression
Lower back problems and lack of support in life
Why do my tonsils keep swelling up?
Spread the love
Related Pages: Diabetes | Heart Disease | High Blood Pressure | Cholesterol  | Kidney | Liver
heart, heart attack, mind over matter, z