Last Sunday, columnist Dr Albert Lim who is also an oncologist wrote a story about an 81 year old pancreatic patient who was diagnosed with advance pancreatic cancer. Dr Albert had first advised the patient to forgo treatment due to his age and to treat the symptoms as they arise.

You can read the full article here: A Cancer Story- Despite the best of preparations, dealing with death is no easy matter, especially for those who are grieving.
The case study in itself describes the pros and cons of opting conventional treatment (chemo/ radiotherapy) for deadly cancers such as pancreatic cancer or those that have spread to surrounding organs. It is only the decision that the patient would need to finally make for himself as with either choice- he may or may not recover. I do agree with the author that it is especially tough, especially for the loved one who would need to watch the suffering of the patient, not knowing if the patient would live or otherwise and having to grief when the patient was to pass away or to have to be in pain for a while.

I have seen a few who spent their healthy days earning as much money as they could- sometimes via dishonest means. One lady got very rich by convincing people to buy products by riding on their fears and superstition- in the end, she developed cancer and spent first all her insurance, then a huge chunk of the fortune she had amassed through her business- to treat her illness. In the end, she succumbed to the cancer despite using the best state of art treatment in overseas.

Recently I heard about another man who sells claypot chicken rice- he took at least one can of beer daily because he claimed the beer could remove his body’s heat due to cooking the claypot rice. This year, he was supposed to go for a vacation and through a simple checkup prior to the vacation, he was diagnosed with liver cancer. The family decided to seek treatment in Singapore.

The first question the specialist in Singapore asked is: “can you afford the treatment?”. Medical health care providers are now very realistic- there is no point of going for treatment at overseas private health care when one do not have enough money- because if halfway through the money runs out, the treatment then cannot be continued. Now, he is going for chemo by commuting between KL to Singapore- and to need to pay for hotel – rest one night first before each treatment.

What happens to those who cannot afford private healthcare treatment?

Many people look down on the government healthcare treatment in Malaysia and prefer to go to private or even overseas to treat a disease. But as Dr Albert Lim said, even for well known celebrities like Patrick Swayze and Luciano Pavarotti could not even survive despite being able to afford the best treatment known today, there is no fixed answers as to what would work and what does not.

In fact, I’ve seen many cases of people who spent their entire fortune earned during their younger days as well as cash out all their insurance coverage for private treatment. When the money runs out and there is no improvement, they eventually go to government hospitals. By that time, they are already on 4th stage of cancer with secondaries spread all over the vital organs. There was nothing much the doctors in the government hospital could do- and when the patients passed away, the government hospitals get the bad rep for ‘killing the patient’.

Through travelling to poor areas, I’ve seen patients whom the doctors say there’s no hope- and yet they miraculously recovered- some through willpower, religious observations, etc. 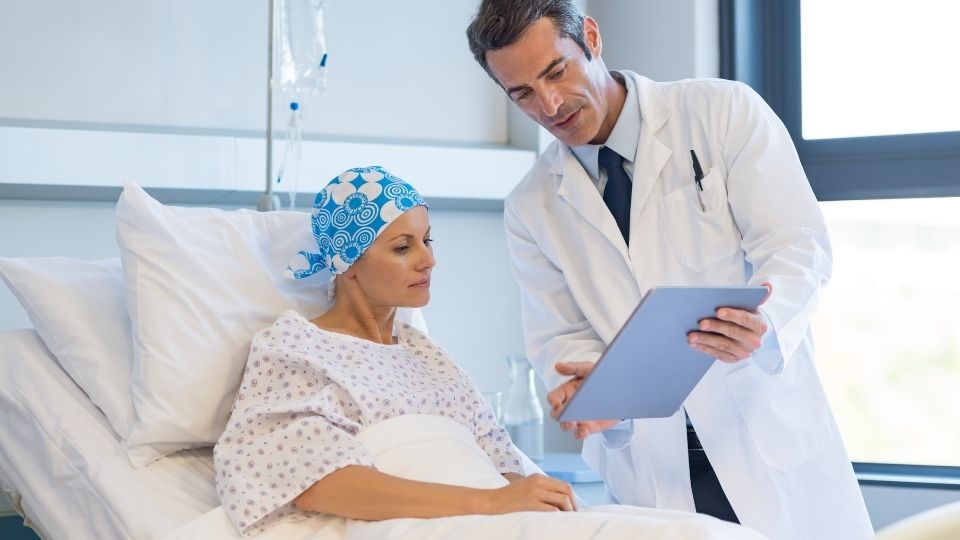 So, the best treatment affordable may not heal the patient. Although the loved one may feel very guilty for not being able to afford private healthcare treatment, the most expensive treatment may not be the best.  If we cannot afford, we can do our best by offering moral support, love, encouragement and to take care of the person. Help the person to be at ease by helping him/her to settle any “unfinished business” as much as we can. Regardless of our faith- prayers to help calm us down and for us to surrender the outcome- knowing that we have done our best and leave the rest up to God/destiny.

Most important, live your life for today- don’t live like a zombie…or delay your happiness by telling yourself, “I’ll be happy if only I have….” and then spent your whole life slaving away in order to “meet your target to buy that house/ car/ retirement sum”.

Meanwhile, find ways to make our lives as meaningful as much as we can. Because one of the main factor that causes so much fear is because the person felt that “it’s too early to go, I have too much of unfinished business or things that I have always wanted to do but never found the time to do, regrets”. If we have do our best to address those factors, there would be less fear- and fear itself would affect how:

It's Never Too Old or Too Late
ADHD, social situations and relationship issues
How your personality determines your state of health
The line between schizophrenia and psychic abilities
Spread the love
Related Pages:  Cancer | Mind Body Connection
Dr Albert Lim, seniors

Mindpower- How to use your mind to heal your body

Detoxing the body and mind through fasting

How to Flush Out Kidney Stones
Senior Exercising on Rebounder