There is often no known causes of chronic fatigue syndrome or CFS. Often the patient would be exhausted with joint and muscular pain. And there is no magic pill that magically cure this condition. At most, medication can only be prescribed to manage the symptoms such as painkillers and muscle relaxants for pain and stiffness.

I have long suspected that the underlying causes for some cases could stem from a deep unresolved emotional issue that eventually resulted in the person being unable to function as a normal active individual would.

When I was younger, I used to suffer from bouts of extreme fatigue. I had a demanding full time job and I had to force myself to work no matter how tired I was. So I drank lots of coffee and eventually upgraded to expensive gourmet coffee as the usual ones no longer work. This creates a perpectual cycle of destruction:

Initially I thought high intake of sugar was the culprit and tried to cut down. It helped a while but soon the problems came back. It was only after I resigned from the corporate job and took a one year break, my symptoms literally subsided. This has always puzzled me.

Case study from a book on healing with Ayurveda

When I came across a case study written in a book on Ayurveda about chronic fatigue symptoms, I felt the story is too good not to be shared. In chapter 9 of the book “Knowledge of Life- Tales of an Ayurvedic Practitioner in Malaysia’ by Dr Vaidya C.D Siby, there is a very interesting story about Siti.

Siti was wheeled into Dr Siby’s clinic on a wheelchair. She was not paralyzed but suffered from debilitating chronic fatigue syndrome. She was diagnosed with CFS by her doctor as she was tired all the time and had pain in her muscles and joints. She was also not able to sleep.

Dr Siby observed that usually, individual with CFS tend to worry a lot and presume that disastrous things would happen all the time. They worry about their health and family and go into district thinking patterns. Or they make assumptions of other people’s feelings… for example “he looked at me and narrowed his eyes so he must hate me”.

He would advise such people to seek professional help with their anxiety become so intense that their actions interfere with their normal lives, or if they are depressed or suicidal, or when they used unhealthy methods such as consumption of alcohol, drugs or binge eating to cope with their problems.

But Siti was different. She insisted nothing has caused her to be stressed and her problem was entirely related to her inability to walk. At first, Dr Siby administered ayurvedic treatment for Siti.

Eventually, Siti shared about what had happened in her life with Dr Siby. She has gone through a lot emotionally and this could result in her debilitating condition.

Basically, Siti met the love of her life when she was 15 years old and he was 24. They fell in love and got married when Siti turned 21 years old. Up to 25 years old, Siti was very happy- they travelled and go to parties much to the envy of their friends.

Then one day, Siti got a call from Indonesia…. from a woman who claimed to be her husband’s wife. When Siti told her sister about it, her sister actually laughed at her. Then one day while doing the laundry, Siti found a letter to her husband written by the same woman who demanded money to pay for the son’s college fees.

When Siti told her mom…. instead of getting sympathy, her mom actually scolded her and asked her why she went through her husband’s belongings!

Siti did confront her husband…and he denied having another wife. He told her that he is helping a friend to take care of his friend’s wife. He was so convincing that Siti believed him and decided to give the marriage another try. She was also prepared to start a family.

Then one night at 2.30am, after a romantic family dinner, Siti woke up to find her husband not by her side. She went down to have a drink, heard some noises in the maid’s room and found her husband in bed with the maid!

Siti went back to bed and did not speak to anyone about this incident…. after all, who is going to believe her? Her husband actually provided jobs for her sister’s husband hence her own family would surely side with her husband. And even if her mother would believe her, she would probably blame Siti for not being ‘good enough’ that her husband needed to look elsewhere for sex.

So, poor Siti lived with the pain that eventually manifested in her body.

She find it hard to have sex with her husband but forced herself to because she wanted a child. Still, she was not able to conceive. After 2 years, they finally decided to adopt children. She loved the children dearly.

However, the pain eventually developed into her joint and muscles. The more medicine she took, the worse the pain became.

Dr Siby asked Siti… how could she justify the pain in her suffering cells when it is due to someone’s else mistake? Why was Siti punishing herself for something that she did not do?

Soon after, Siti was able to walk. And her smile now reaches her eyes.

But she was still angry with her husband and refused to forgive him. 3 months later, her husband met with an accident and was hospitalized. Siti refused to visit him. She said, “I can’t forgive him, Dr Siby. It’s too hard. He hurt me so badly and I don’t know if anything he says will be true. Let him suffer.”

Dr Siby said, “No, you are still his wife. You must try to forgive him and remember that nobody is perfect except God. Go and help him. Help him recover and love him”.

She did not agree and he knew he could not force her.

This piece of advice shared by Dr Siby is really insightful:

Siti is an example of someone who decided that she was born to suffer and that by suffering, she would get revenge on those who hurt her. She assumed her suffering would be the answer or reply to those who didn’t believe her or trust her. Dr Siby said his role is to help Siti understand that it was her responsibility to live her life fully no matter what others did. Whether or not they respected, cheated or abandoned her,  she had to take care of herself. There was no need to prove to anybody that she was right or educated. It was her duty to be happy and love herself.

Happy ending to this story: 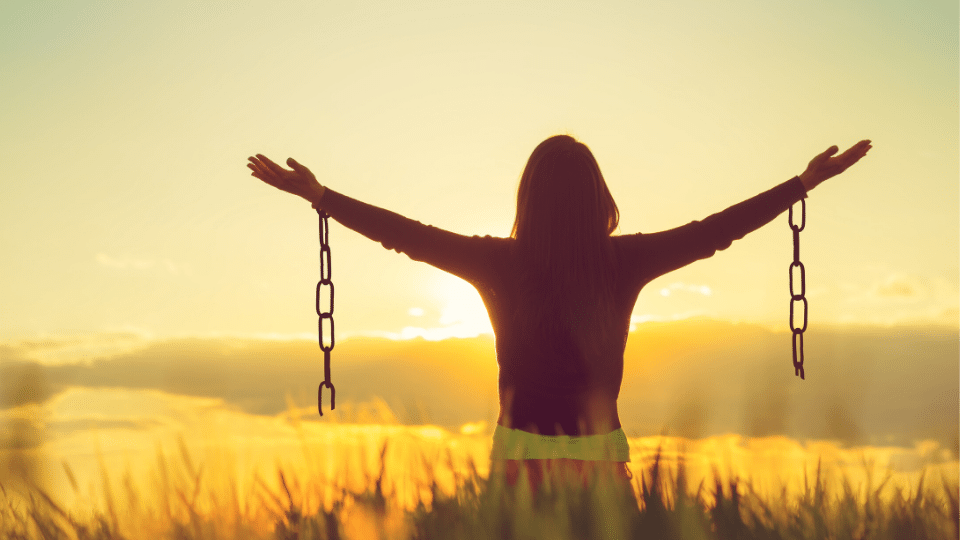 One year later, Siti walked into his consultation room. She was 6 months pregnant and glowing with health and happiness.

What actually happened was that Siti had finally decided to follow Dr Siby’s advice to pay her husband a visit. Eventually she took care of him and brought him home and helped him to recover. In the process, they started to talk and her husband told her how sorry he was for hurting her. He told her that the woman from Indonesia was really not his wife and those were not his children. She was exhorting money from him. But he did sleep around with other women.

At first, Siti was angry but she could sense genuine remorse in her husband. So she decided to give themselves a chance to be happy. And finally she was able to get pregnant.

I need to include almost the whole story in the chapter here because the series of events illustrate how a seemingly healthy person could suddenly find himself or herself suffering from chronic fatigue syndrome. Treatments such as Ayurveda and ancient Chinese acupuncture treatment with medication can help cleanse and balance the channels in the body.

But the symptoms will return if the underlying issue is not being resolved. The ayurvedic treatment helped to clear the physical blockages in the body as it involved fasting and treatment to eliminate toxins in the body. The mind would be more clear instead of being bogged down but discomfort to be able to comprehend things more clearly but often it would require the help of a therapist to heal the emotion aspect of the person.

Once the emotional root cause is identified, the person must have the courage to face and learn to overcome the situation. What Dr Siby said is very true…. we need not prove anything to anybody.

We have the responsibility to take care of ourselves… we are at the losing end if we subconsciously make ourselves victims. Because while we are miserable and tired, the person whom our anger is aimed at would probably be either ignorant or don’t care.

When you feel unwell and the doctors cannot find anything wrong with you
We are what we eat..very true
Karmic creditors- in troubled relationships, illness, life threatening events and sudden death
Change your perspective of viewing things to be much happier
Spread the love
anger, ayurveda, Fatigue, highlight, mind over matter, relationship

Black Face General Plant Herb for Detox
Do people who got Alzheimer’s know it years before the official diagnosis?