The following article is a real life account of how I was healed of childhood epilepsy.  It is not by medication but through divine healing. I did receive medical treatment but the treatment and medication were not working.

I only told this to very few people. However as times goes by and I am becoming aware that a lot of illness is not as simple as it seemed. Meaning the cause sometimes is not fully due to physical, diet or environmental factors. It is a perspective I wish to share as it is also from my own experience whereby we had no choice but to turn to the power of the divine as the medication was not working. 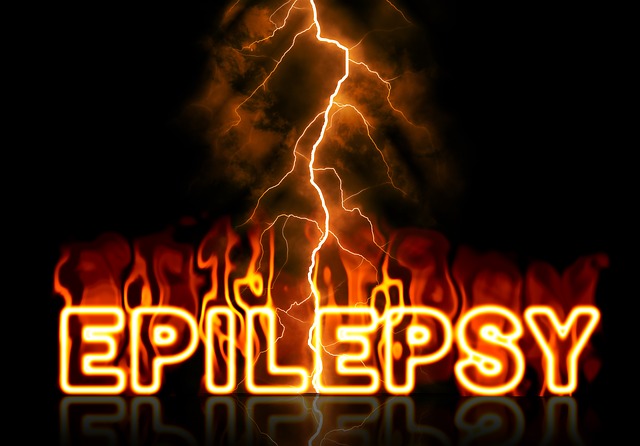 When I was 15 years old (the year I had to sit for a government examination), my mom decided to enroll me to swimming classes as my school happened to be offering swimming classes for a group of students. The classes were held at a popular public pool.

After a few classes, I started developing epileptic seizures.

The first attack happened in the evening. During that time, there happened to be no teacher in the class. I was thinking about some stuff (forgot what it was) and then suddenly, my mind just grew blank.

I regain consciousness in my school’s Red Cresent room with my mom’s worried face looking at me. I was surprised my mom came to my school. I remembered my brain felt so tired and heavy. The tiredness could not be described. I had to rest a little while before I could walk back to the car.

My schoolmates later told me that I suffered a seizure suddenly. My classmate was walking back to the seat next to mine when I had the seizure. I felt sideways towards her chair and as she panicked, she quickly got up and because there was no support, I hit the wooden chair hard before landing on the floor. A few of my friends who were from Red Cresent immediately swung to action and had a stretcher prepared and carried me into the Red Cresent room where I could rest in private.

Few days later, my mom brought me to the hospital where she worked to consult with a neurologist. The neurologist stuck electrodes on my head and did the EEG (electroencephalogram) scan. The results indicated that my brain waves were not within normal range (abnormal).

I was formally diagnosed as having epileptic seizures.

I was informed that I had to be on lifetime medication. I would need to take a tablet called epilium (I still remember it was a lilac colored tablet) daily for the rest of my life.  And that also, there is no guarantee that the seizures could be control as there is no known cure for epilepsy.

The second seizure happened not long later. I still remember that day, my mom was at the dressing table combing her hair and I was standing next to the dressing table chatting with her. Suddenly I felt blank and the next thing I knew, I wake up feeling again like all the energy left me and my brain was as heavy as lead.

As the second attack happened quite close to the first attack, my mom was worried. That time I had already started medication.

My mom was getting desperate- she knew if I continued the seizures, my brain would not be functional. Also, I travel to school daily on public minibus. The bus was often packed to the brim and I had to often hang on to my dear life at the door. If I had a seizure while hanging on the door of the moving bus, I would definitely drop out of the bus and it was dangerous as I could then be easily hit by a moving vehicle.

She decided that she need to also seek divine intervention – to try anything that could help. She started asking around and a long time friend of her introduced her to another Master who channeled the Goddess of Mercy (Kuan Yin).

When she brought me there, the Master mentioned that I was attacked by a hostile spirit when I went swimming. Furthermore that month was the Hungry Ghost month (in August where it is on the 7th lunar month in the Chinese calendar). We did not even need to tell her, she knew. She mentioned the spirit had wanted me dead and coupled with the fact that I like think too much, it weakened my energy and enabled these attacks to happen. She mentioned the healing would require 6 months as it is not an easy one to manage.

During that 6 months, we were required to 9 times to collect the yellow talisman paper to burn it, put in a cup of water and drink it. My mom’s friend who was a busy business woman helped by going there to collect on our behalf. I will forever be grateful to her.

I had another 2 more attacks within the 6 months until I was about 16 years old.

The 3rd attack happened when we were attending a wedding in Johor. I was thinking a lot and then suddenly my mind blank again and I woke up with my head feeling like it was made of lead.

The 4th and final attack happened on the day of the Malay language oral examination. I was feeling very nervous that time right before the attack. The exam syndicate agreed to postponed the exam on another date.

After that, true to the what the Master had mentioned, the attacks stopped and I have never gotten another attack till today which is more than 20 years. My mom still insists I go on medication (to be on the safe side as she is medically trained and would always believe in it). I felt the medication were giving me unpleasant side effects- it made me more blur so I begged her to let me stop the medication. About 6 months after the last attack, she allowed me to stop the medication.

When I was about 21 years old (5 years after the last attack), I tried to buy an insurance policy- the conservative company required me to undergo some medical tests and they still decline my application. Subsequently the next year, another insurance company approved my application with no loading or additional conditions (I do declare my condition) and I have been paying promptly the policy for close to 20 years.

The epileptic seizures had a lifelong affect on me, I am not sure if it is due to the constant falls, temporary loss of oxygen or the medication, but I have suffered from a bad memory ever since. I can imagine if a person is having seizures on a regular basis, it would be hard to function as memory and intellect would be depleted with every seizure.

We had absolutely no family history of epilepsy seizure. I still believe I am cured by divine intervention as there is no other logical explanation, which I would constantly be grateful for. This also had made me take up meditation in my early twenties to be mindful of my thinking.

Reflecting back, I recalled that each time the seizure happened, the entity took advantage of the weakness in my vital energy or auric field which was triggered due to my complicated thinking. I would not say that everyone who suffers from epilepsy are like that even though I could sense that epilepsy attacks, especially occurring in families who had no prior history could be more of a physical factor.

However, as clinche as it sounds, everything in our lives happen for a reason. This is one of the events in my life that spur me to pursue answers, example how to counter my restless thinking (the result I suspect from ADHD). Grateful for the help I receive, I also dedicate my profession to helping others and spend time helping others.

It is no harm if we can consider learning various exercise to calm our mind, for example being conscious of breathing and using breath to calm and sooth the body.

Here is a talk on daily meditation practice- by a Western monk, Thanissaro Bhikkhu who is now based in US:

He give a lot of guidance in his channel. He has been in the robes for decades and is widely credited for translating a lot of good teachings of forest monks into English.