In this article, I would share some symptoms of my mom who I am currently taking care of as well as some encouraging resources that I have come across.

My mom has started displaying Alzheimer like symptoms since the last few years.

I have a little suspicion that her Alzheimer like symptoms could stem from her chronic Hepatitis B where the virus and toxins circulating in her body may have resulted the symptoms. Had the first doctor treated her for hepatitis placed her on medication, perhaps her brain may not deteriorate to the stage it is now.

At the moment my mom is frail but is still able to care for herself such as relieving herself (due to her weakening legs, the bedside commode has been very useful) and she could fix herself. In the latest checkup, the doctor do not encourage anything invasive ….the priority now is to make her feel as comfortable as possible.

However, when talking her for her tests and checkups, I do see many caregivers like me who are looking after either their aged parent, spouse, relative and children.

As a caregiver, I find the most important thing is to: 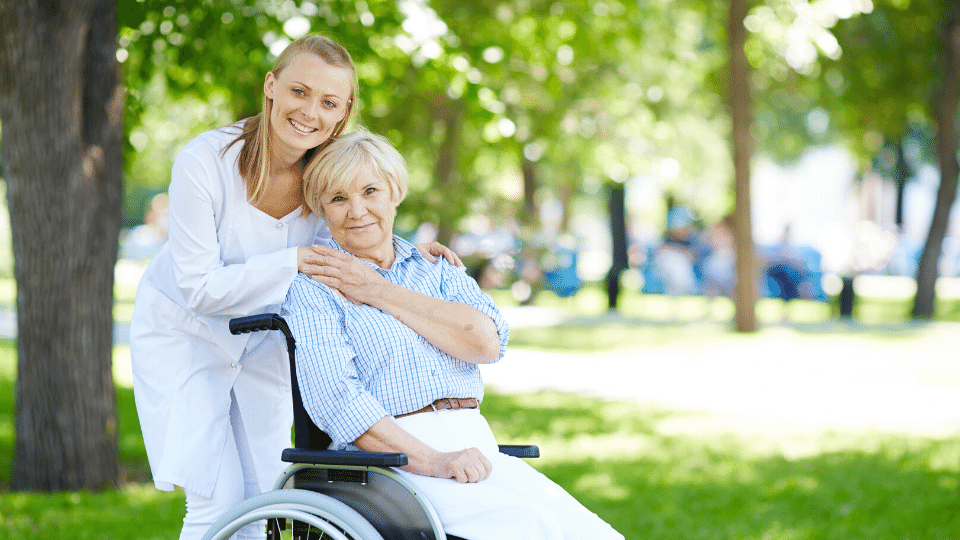 I have came across some good local resource that has given me a lot of encouragement. It is like ‘chicken soup for the caregiver’s soul’.  Hopefully this may help/ provide some comfort as it does for me:

Links to the listing of articles by her in NST online

I have recently discovered the column “I Caregiver” which is published every Saturday in the New Straits Time (Malaysia). All the articles are written from an insider perspective that only someone who have the experience would be able to write. She shared on experience as a caregiver for elderly parents as well as for spouse and kids.

Her articles have given me a lot of comfort and I look forward to reading them.

For example, in I, CAREGIVER: To be strong alone

Caregiving is not only a physically demanding work but also mentally demanding. You have to be organised, resourceful and creative. We don’t know everything but somehow, we learn as we go along. Don’t be shy to ask questions or to ask for help.

By the end of each day, you will be exhausted. If you don’t get enough rest or your sleep is disturbed, you can, over time, get sleep-deprived which in turn can make you feel overwhelmed and depressed.

This is very common among caregivers with loved ones who have sleeping problems. The latter become “things that go bump in the night” as they wander around the house at odd hours. Many people with dementia and Alzheimer’s are like that.

Loved ones who are in constant pain won’t be able to sleep. They may keep you up with their moaning and groaning, and you will feel quite helpless that you can’t alleviate their pain.

Then there are those who decide that wearing adult diapers isn’t their thing, so they shred them to pieces and scatter them in the room like snowflakes, leaving you with some major cleaning up to do, especially if the diaper is soiled.”

When my mom had a fall, she was in constant pain and initially could not even get up to urinate. I stayed by her side- she could not use a bed pan and she actually used an Ensure tin. I had to be on alert the whole night and that time I was still working (I got a friend to stay in and help during that time so I could still work then).

The most important thing to remember here is to preserve your health and protect your joints. Lifting heavy objects like lifting the bedridden person’s lower body to adjust the diaper can injure your back, knees, shoulder or wrist. You can literally break your back if you don’t do this right.

Your estimation of where the diaper has to go has to be on point. This comes with practice. There are many articles and blogs on how to change the diaper of a bedridden person. It seems quite straightforward, though you’ll need to practise. You place the diaper from the side rolling the person this way and that as you work your way through, or from the bottom using your forearm to raise the legs. What they don’t tell you is how to deal with overfull diapers or when the bedridden person can still move or wiggle, thus making changing their diapers a bit more challenging.

First, you’ll need all your necessary items within reach. You’d need disposable gloves, loads of wet wipes and tissue paper or toilet rolls, as well as underpads as a barrier between the person and the sheets. If they’re pricey, a large garbage bag will suffice.

Also, be prepared to have a few clean bedsheets on standby for those odd balls of poop that sometimes manage to stray, roll away and get smashed by your loved one as they try to settle down. In my experience, even the smallest fecal matter from an adult stinks for a long time. So you’d have to change the sheets again.

It’s so easy to get angry when they soil themselves repeatedly after you’ve gone to great lengths to clean them up. But they can’t help it. You’d only make them feel sad and guilty. And for what? Pooping and peeing are natural bodily functions.

2. Deidre Low, caregiver for her mom with dementia who eventually set up a centre

Deidre Low quit her job from Singapore in 2014  to take care of her mom full time. Initially because she could not understand her mom’s behaviour, she was really ‘losing it’ – for example her mom would lose her temper on her, goes missing and even call the police when she had to lock her mom. Eventually she travelled to Australia and Singapore to learn more about the illness and got herself certified by Dementia Care Australia and opened a centre in Bukit Damansara, Kuala Lumpur.

Here are some articles published from online portals related to Deidre’s work:

“There’s a stigma associated with the disease.

“Most families prefer to keep their family members who are afflicted with the disease away from the public eye for fear of embarrassment.”

Initially, the cognitive decline of Low’s mother was slow so her sister could cope with the help of a maid, but when she became aggressive and exhibited symptoms of AD, which is the loss of time and space, her sister needed help.

“My sister had to calm her down every day. Thus in 2014, I left my job in Singapore and came back to help. In my mother’s mind, she was still a young child living with her parents. Every day, she kept saying ‘I want to go home’.

“Because of my lack of understanding of dementia, I tried to use logic to reason with her that her mother could not be alive as she herself was 82.

“I was frustrated, lost my temper and in return, she responded more aggressively to me. None of us caregivers understood her or knew how to communicate with her.

“It got progressively worse. She was left at home with the maid but I had to constantly come home during work hours as the maid could not cope. Thank goodness, I had a very understanding employer,” she said.

“It was in late 2015 that we started looking for a dementia daycare centre that could help her and us caregivers.

“We visited many daycare centres/nursing homes that claimed to offer care for people with dementia, but were disappointed with what was available.”

Dementia ‘It is not a normal part of ageing’

This one I can really relate to:

A successful career woman, Low was initially confident she could manage her mother’s care with “common sense and logic”. But after two years, she was overwhelmed.

“Mum was aggressive; we were constantly fighting and I was really run down. That’s when a very good friend of mine stepped in. She told me, point blank, that my moods were so bad that I was either going to die or kill someone. She insisted I get help and learn how to care for my mum. She organised a “study trip” to Perth, Australia, last year so that I could visit dementia centres there,” shares Low.

The exposure trip changed the way Low looked at dementia. At the centres, Low noted that the patients were calmer and not agitated, even though they all had the same cloudy look her mother wore.

“It opened my eyes completely. I attended a course for caregivers and learnt about the person-centred approach in dementia care. One of the things I had to learn was the right way to speak to a person with dementia, which was not natural at all. I also had to learn what not to say and how to distract the patient (if something was upsetting her),” shares Low.

Applying what she learnt had a huge impact on her mother.

“We started developing a good bond. She was less aggressive because I was nicer to her. She too became nicer to me,” says Low.

Often I talk to my mom using ‘baby tones’ (manja in Malay) – in how one would soothe an agitated child. My mom does get sensitive very easily and by soothing (sayang sayang her) her, she felt loved and cheered her up.  One good thing is that if she gets angry, she sometimes would sulk it through but would forget about it a few hours later. I would just talk to her about usual stuff and things would be back to normal. Don’t take it personally that they scold or hurl verbal abuse at you…. for my mom, she has gone through so much (she was often beaten for nothing by her adoptive brother when she was growing up) and had a hard life. I just felt that she was just releasing her pent up anger so I learnt not to take things personally.

Hopefully, the resources above would be able to offer you some comfort if you are currently caring for an elderly parent with dementia.

Another article that I find inspirational is the following:

Should you resign from your job to take care of an elderly parent with illness?
Do people who got Alzheimer's know it years before the official diagnosis?
Finding happiness and meaning in caregiving, minimizing caregiver burnout
Should Alzheimer's patient start medication?
Spread the love
caregiving, dementia

How I was cured of childhood epilepsy/ seizure
Would bites from sand flies cause permanent scars on your skin?