Before I begin, I would like to clarify that I am not saying Western treatment is bad. But I just wish to share some of my experience in seeking treatment and the attitude of some of the doctors that had made me explored alternative treatments.

1. The doctor who tried to preach religion and refer me to his brother

In my first corporate company, staff would visit a panel doctor because it is the nearest as it is located within our office tower.  I went to see him due to having sinus outbreak, red eyes, toothache, earache, sore throat and headache at the same time. Actually my mom who was still working as a nurse told me my problem could be due to an infected tooth. I needed to visit a dentist and not a doctor. But I did not believe her at first so well…

Before that, some colleagues already warned me that he may be trying to preach religion to me so I was prepared. When he did indeed tried to start on that, I tried to steer from the topic. He diagnosed my issue as a sinus infection and insisted that I was to be referred to his brother who was a specialist in a private hospital well known for its hefty fees. And he knew that hospital was under our panel hospital.

When I refused, he was really clearly not pleased with me. He gave me a nasal spray and prescribed some antibiotics. I did tell him about my mom’s suspicions that my issue was due to my tooth but he scoffed me off and use the tone that said nurses are beneath doctors so what do they know.

Needless to say, I finally took my mom’s advise. I visited my dentist. All he did was clean up a tooth and did filling. All the pain were gone miraculously! You can read this article for the full story. 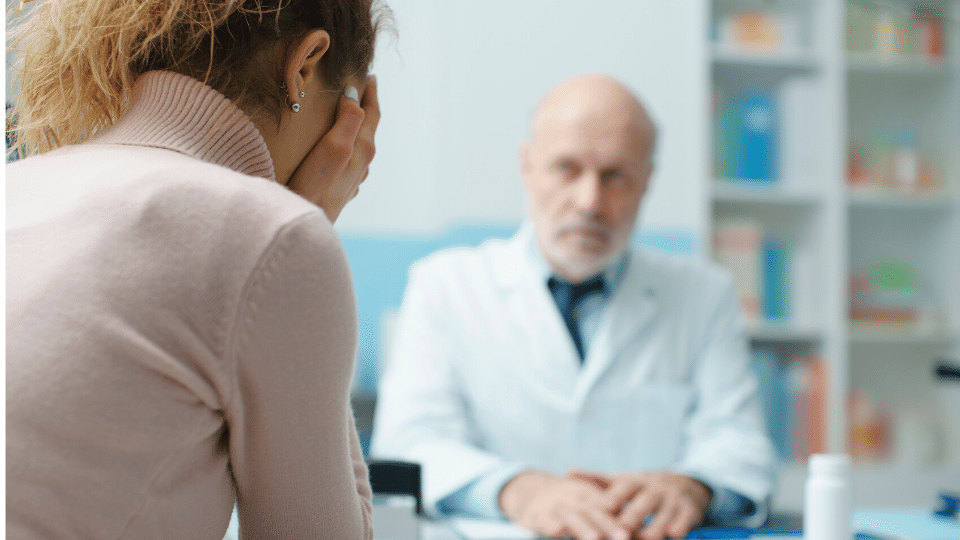 2. The doctor who told me my kidney pain were due to constipation (when I had none)

In the past, I had been having pain in the area near my right kidney for many years. I tried to ignore it but when a colleague of mine was suddenly diagnosed with nepritis, I got a little worried. Naturally this got me a little worried and I went to see a doctor from a private hospital under my company’s panel. I went there, did an ultrasound and there was nothing wrong.

The specialist whom I saw looked as if he was having a bad day. He just told me that my problem was due to constipation. He did not even wanted to look at me much as he was speaking. I told him I did not have any issue with bowel movements. He still insisted it was that, sent me off with laxatives and told me to lose weight.

Later I saw another doctor who referred me to her husband, an urologist. The specialist was very polite and just to put my heart at ease, he did extensive tests including ultrasound, blood and urine tests. When the results came back normal, he sent me for a kidney function test. The results were also normal.

You can read the full story here.

But now, I no longer have the pain in my right kidney. Later I researched more on mind-body connection and have a suspicion that it could be due to the direction I am taking in my life. After I reaffirmed to myself that I would take steps towards the right direction, the pain disappeared.

3. The eye specialist who insisted I go back each month to check my eyes just because my mom had glaucoma

Once while I was still working, I developed painful condition in my eyes. With a referral letter from my clinic, I went to see an eye specialist. Because my company was paying for it, I was referred to one of the most senior eye specialist there. The nurses dilated my eyes and the specialist later checked my eyes. He could find nothing wrong with my eyes except that one of it was a little dry.

That was until he heard that my mom had glaucoma (her glaucoma is healed now). He fixed an appointment for me to go back to the hospital again for the following month. I asked him what for? He told me that since I have a family history of glaucoma, I needed to get my eye checked often.

What a minute….I was not even 40 years old then, my job was busy and demanding and he meant I had to take time off every month to go back to get my eyes dilated and poked just to see if I have glaucoma?

Not long later I was chatting with some colleagues about this and one of them also told me that she saw the same specialist for some eye discomfort and was also told to go back each month. Just because the company was paying for it.

There are great doctors that I have come across especially those who have treated my mom. Perhaps for me, a lot of my symptoms are related to stress and emotions, hence the doctors were not really able to help because diagnostic tests come back normal. I am sure many doctors also notice that happening to a lot of patients. But there is a way to express and say in a more diplomatic way rather than in a blunt way.

During my corporate days, I went for private healthcare treatment because of my hectic work schedule and also because my company covers the treatment. But when I took my mom to her appointments in government hospitals, I find that except for the long wait and that the place may not look as well maintained as a private hospitals, the standard of treatments are also as good if not better. This is because the doctors in government hospitals are really not interested to upsell you anything that they don’t think you need.

However, as my current health issues are usually body aches and pain related, there is nothing much that Western medicine can do to help. I would usually try out complimentary healing as well as doing my own self care treatments such as guasa and acucupping. I also try to engage in more meditation to be more mindful and manage my emotions better.

Controversies surrounding mind-body-spirit medicine
Why there is pain in kidney area? From personal experience….
How I dealt with a throbbing toothache
Kidney pain that went off with the extraction of a problem tooth
Spread the love
Related Pages: Diabetes | Heart Disease | High Blood Pressure | Cholesterol  | Kidney | Liver
kidney, toothache