The gallbladder is known as “dan” in Chinese language and it means courage. In the West, when we may say “the gall of you!”, similarly to saying “how dare you!”.

If a person has a small or weak gallbladder, it implies lack of courage, timidity, fear and indecisiveness. On the other hand, a person who is impulse, short fuse and constantly react out of anger could be also having an imbalanced or large gallbladder.

A strong and balanced gallbladder helps a person to be more assertive, stable and decisive.

When a person has a small gallbladder, she will find difficulty digesting food that are high in fat. Therefore, sometimes she can feel very bloated after a heavy and fatty meal, or sometimes there can be pain indicating that there could be gallstones forming.

Many people do not want to go for the operation to remove the gallbladder- and therefore they wanted to try holistic method like the gallbladder flush or cleanse (but of course, when the situation has become critical, there is no other option but to operate).

But before things get out of hand, the initial signs are usually there. Hard to digest fatty food, the ultrasound indicates a small gallbladder. Don’t be disheartened- there is hope and what you are about to do not only can improve your gallbladder health, but transforms you life as well.

Small gallbladder- and therefore not efficient in digesting too much fatty food.

The same words used to write  “small courage” is also written the same way as “small gallbladder” in the Chinese language. I remember years ago during an ultrasound scan, I was told that my gallbladder was quite small. Well I thought, that explains why each time after I eat a heavy meal, I become so lethargic and sleepy. My stomach felt that it weighed a tonne. As the result, I drank strong doses of coffee in the hope to overcome that sleepiness feeling. The usual premixed coffee don’t work. I needed strong doses of gourmet coffee to stay awake- they worked for a short while but I felt worst than before. 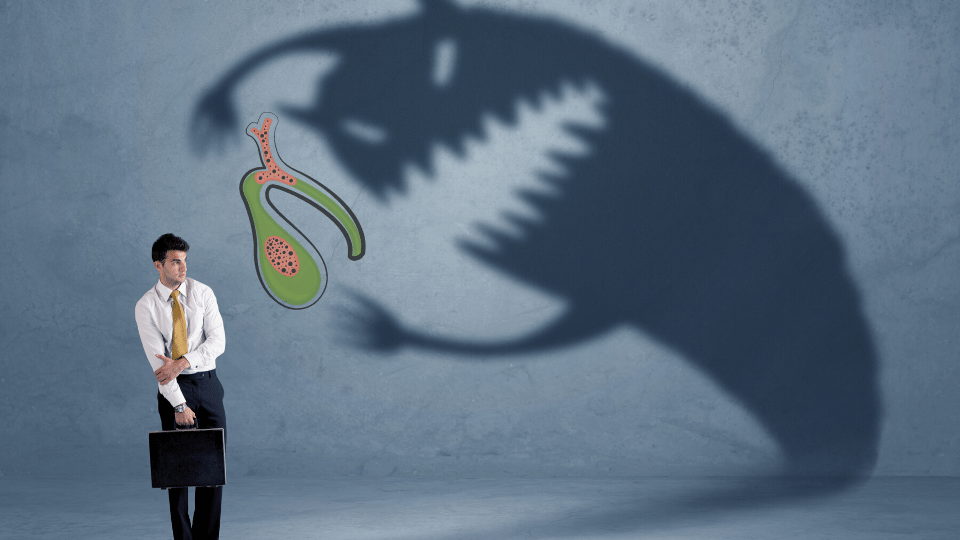 During that period, I did not like the way my life was going and yet had no courage to make the change. I was afraid of things I would lose- if I make the change. But eventually, I make changes into my life- I leapt into the unknown and learnt to face my fears- one by one and overcome challenges. I learned to build more inner strength and resilience. After all, Einstein once said, “a life unexamined is not worth living.”

The changes did not happen overnight- but as I become less afraid of things, my digestion seemed to improve. I could eat fatty food without having my whole body felt like dead lead. I don’t depend on heavy doses of coffee anymore.

Our bodies tend to manifest a lot of our limitations into physical ailments. Each medical condition is often our body’s way of trying to tell us something. 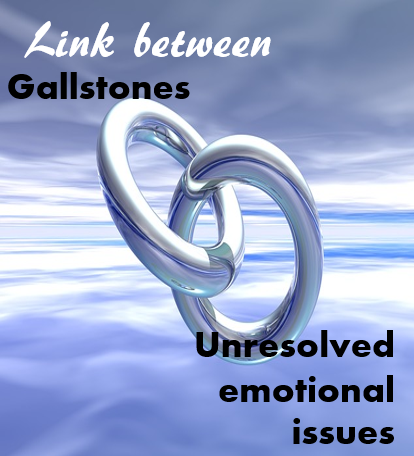 Louise Hay mentioned that gallstones could be tied to bitterness, hard thoughts, condemning or pride. Over the years, these unexpressed emotions could solidify into gallstones. And if it causes a lot of pain and inflammation, it also represents the seething anger.

What could be causing us to be so bitter? Could we find in our hearts to forgive? Everyone tries to live their lives the best way using what they’ve been given and conditioned. They may hurt us in the process. And we can see that holding on to that resentment and bitterness ain’t doing us any good. We are now in pain and the prospect of surgery (which we may need to fork out our own money) is in the horizon.

The person could be now enjoying life and oblivious to our suffering. And here we are, suffering by ourselves. Is it worth it?

Let go of the anger. Soften our hearts- forgive. In forgiving the other person, we also forgive ourselves. We forgive ourselves for making the mistake of trusting and loving the person. It’s time to learn from the mistake and betrayal and move on in life. Look around- there is still a lot of goodness in the world. They are many others who are kind and love us- let’s not make a bad experience ruin life for us.

Disclaimer: Seek professional medical advice if the pain is severe. Don’t self medicate. Here’s a medical article written about gallbladder and gallstones, published by the Star paper a year ago.

Heartburn but nothing wrong in tests and OTC does not work
AIDS patients who beat the odds
Mindpower- How to use your mind to heal your body
Constant pain and discomfort in shoulder blade and elbow- Mind Body Connection
Spread the love
gallbladder, mind over matter