I am ashamed to admit this but I feel this has to be told because I believe in the mind body connection of glaucoma towards sadness and unshed tears. My mom developed glaucoma probably because of me. I changed my behaviour and eventually, my mom’s glaucoma was also healed. 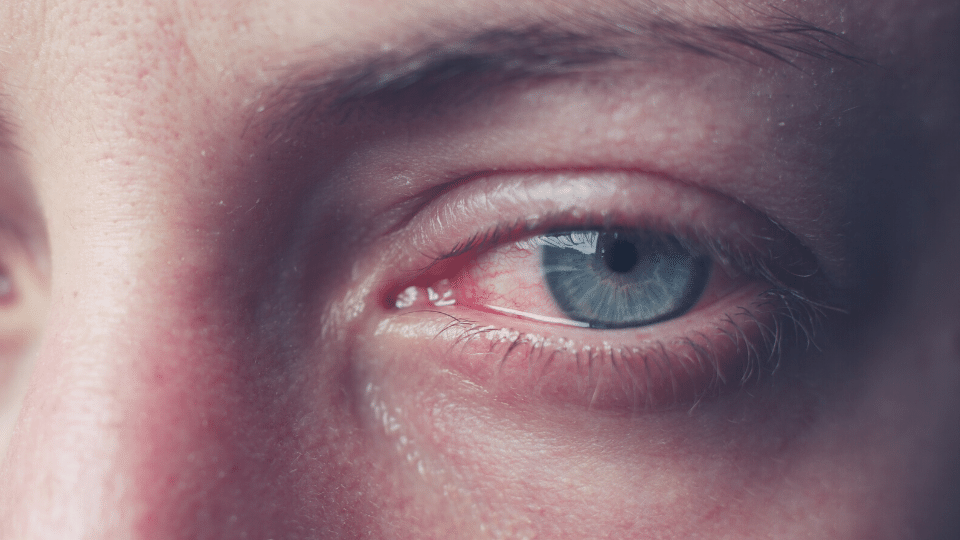 My mom had glaucoma on her left eye which by the time it was diagnosed in 2007 was quite severe. As you may have know, there were no obvious symptoms in glaucoma. It was very fortunate that there was a free eye test not far from my home and my mom’s friends registered themselves and my mom for it. They then rang her up to remind her to go.

During that time I was overseas in Thailand on holiday. That day, it rained heavily and my mom almost did not go. But later the rain stopped and she told herself, well, might as well go. She registered and waited for her turn.

When it came to her turn, the eye doctor took one look and got a shock. He then called his colleagues to come and check again. It turned out that my mom had severe glaucoma on her left eye. The doctors said that ‘we have a moral obligation to give you the eyedrops as your glaucoma is very serious. Please get it treated ASAP!’

She set up an appointment with a government hospital where the doctors did the laser for her within the same week. The waiting list in that hospital was few months but they did it for her almost immediately under urgent case because her condition was that bad. She was also given 2 eye drops where she had to put twice a day for long term.

A person do not just get glaucoma suddenly. It is a condition that develop gradually and get worse with time. As my mom’s condition was quite serious by the time it was discovered in 2007, the doctors concluded that she would have had that condition at least a few years. She was on the verge of going blind had she not been treated earlier.

The few years leading to 2007, I was also in a demanding job and was constantly feeling stressed up and angry. I was always losing my temper to those around me… my colleagues, as well I am ashamed to admit it, to my mom as well.

If I had a bad and stressful day, when she tried to ask me what is wrong, I was like a wounded animal who would attack those who wanted to come near. I mean not physically but I attacked with very nasty and hurtful words. And I had a way of knowing how to accuse in a way that pierces straight into a person’s heart. It was wrong and I knew I was hitting below the belt but there was some inner turmoil within me that I can’t seemed to be able to to control. The more I was like that, the more I hated myself.

Eventually I quit my job, took a break and went to stay in Thailand for about a year (I did make trips in between to and fro back home as I was in Thailand on only tourist visas). I went into spiritual practice, spend sometime living with hilltribes teaching kids English during my free time. After a year, I healed and when I came back, I spoke to a counselor friend who through some conversation, told me that my anger issue came from unexpressed grief from my dad’s death.

You see, my dad passed away from stroke within a week from my mom’s tonsil cancer operation in the year 2000. I was shocked and sad but I had to put on a brave face and manage his funeral without my mom as she was too weak from the operation (they operated her neck area and removed both the tonsils). Right after that, I had to care for my mom and take her for radiotherapy treatments while still working because my mother did not want me to quit her job. She said if I were to quit the job with that prestigious company it would kill her faster. So I cared and worked. When she got too weak from radiotherapy, I had to hospitalize her and I visit her twice a day (before and after work).

For many years, there was never a day that I stop worrying if I would lose my mom and if the cancer would come back. After a few years, as my job responsibilities grew, I find that gradually I was having anger management issues.

In 2008, after I quit my job, took a one year break, followed by a one year paycut job, I went back to corporate life being a completely changed person. My research into mind body medicine also led me to discover that my outbursts and hurtful words could be the cause of the glaucoma. Because the glaucoma represents unshed tears. And it is on her left eye. Left side on a woman is related to another female or femininity (if it is a man then it is opposite).

Once I realized it, and as I healed, I vowed to treat her better. By the time when I took the paycut job it was her turn to get back at me, hee hee. After all, I inherited my temper from my mom. When I went back to corporate after my former boss called me back, even she was surprised I had changed so much. I treated my mom much better and you know what….. after about 6 to 7 years, a routine checkup finally declared her free from glaucoma.

Just last July to be on the safe side, I brought her again to an eye specialist to check and again he confirmed she is glaucoma free. But now it is cataract which is developing due to her old age.

Lesson learnt from this:

If you have a parent or loved one who is suffering from glaucoma, please consider exploring the mind body connection. Is he/she going through a hard time with someone in his/her life? Could it be from another sibling, a partner who possibly could be a psychopath? Do your best to remove your loved one from that person.

If you suspect that you could be the cause where you always hurt the person, please STOP.  When we are troubled or frustrated, we tend to let out on our loved ones. Inability to control your anger or often saying hurtful things are an indication of an inner turmoil (in my case from unexpressed grief) – but the person who loves you and whom you are directing all your anger to may not know it and believe it is his or her fault.

Aside from unshed tears, from the traditional Chinese medicine perspective, eye problems are related to liver imbalances. Imbalances in liver are caused on emotions of anger- either suppression or inability to express healthy anger. To me, illness is always a teacher which could be a tell tale sign that an aspect in your life needed to addressed. Perhaps if the issue is being addressed successfully, the ailment may be healed.

When I quit my corporate job to care for my mom full time in 2017, many people said I was a really good daughter. But I had been mean to my mom at one point as you have read above. I am glad that I still have the chance to make amends and to step in to care for her at the time of her life when she needs me the most.

Are my nose bleeds normal or a bad sign?
When the job takes a toll on your health
Emotional Causes of Skin Rashes & Unexplained Eye Pain
How to really cure chronic fatigue and constant tiredness at its roots
Spread the love
Calendar 2022 (USA holidays with motivational quotes) is available for free download (pdf printable format).

Why nice and accomodating people get lupus or SLE
Stubbornness, rigid fixed views and lifelong suppression can lead to Alzheimer’s- with examples