There are some things in the world that the world of medicine may not be able to cure/have an answer for. A person gets really sick and admitted to the hospital. Sometimes, the cause cannot be found. Or the cause is found (medically) but despite steps taken, the patient do not get well.

I have great respect for the medical world as you should consult a doctor on a medical problem. For instance, one cannot risk not taking medication for one’s high blood pressure, heart problem or daily insulin jab (for diabetic). Most urgent matters demand medical attention.

However, I would also share with you on some of the faith healing practices in Asia. For many of the older folks though, they have the practice of consulting mediums (bomoh/pawang) or faith healers whenever they notice something is not right. In the West, many are familiar with  John of God, a very famous faith healer in Brazil. He was featured in Discovery channel for his amazing healing power- people all over the world go and see him.

In the older Asian generation, a medium is often visited to search for everything from curing an illness, finding wealth or overcoming some spans of bad luck. The medium, as the word implies, consists of a person who is more pyschic/receptive in nature and acting as a ‘medium’ or ‘channel’ between a deity and the visitor/patient.

The young generations often dismiss mediums as hocus pocus and the occasional newspaper reports of bogus mediums raping (examples here and here) or cheating (example) has further brought very bad publicity on this method of healing.

Some real life events that happened to people I know.

Note: This article has been originally written by me in 2007 in my Life Blog but I am transferring the article here as the scenarios below deals with health issues.

My mom’s friend’s husband and son were very sick for a few weeks. The husband was down with Dengue fever and the son was very tired. The son had no mood to do anything. Only slept the whole day. Did not want to eat either. Because he was not eating for a few days, he was hospitalised and the diagnosis: ‘thyfoid dengue’. His fever was getting to be very bad and everyday, my mom’s friend was so worried. Later her husband got better and decided to check with a medium. The medium mentioned that the son had wrongly prayed to something at the street and was then made sick. A yellow paper with writings were burned and put into a glass of water. The son drank it and immediately got better.

This happened to a close former colleague of mine by the name of Ray. Ray is a happy go lucky guy who doesn’t believe in anything but himself. He stayed alone, love watching real horror shows and challenge for some ghosts to come and meet him. A few years back, Ray got very high fever. No matter what medicine he took, he never seemed to get better. The fever was so high that Ray have to be admitted to hospital. Just as he was going to get better and was about to be discharged, he suddenly started getting fever again. That or his blood pressure will either shoot very high or low. There was once he had discharged from the hospital, only to be very sick and have to readmit again. Throughout the time, he has not appetite and could hardly eat. The doctors were also puzzled, they could not find the cause so they could only prescibe medicine to treat the symptoms. Poor old Ray, he suffered like this for 2 months. As he was on m.c for so long, I went to hospital to visit him… he was so weak. Luckily a couple of his friends were taking turns to take care of him.

I noticed the way his illness worked was not normal. That was when I suggested to Ray ask his mom to bring him to a medium. Within a week from that, Ray came back to work. He was well and back to normal. Only very recently that Ray admitted that on one Saturday, his mom forcibly discharged him (at own risk, he had to sign papers to say that if anything happened to him, the hospital will not be responsible). His mom dragged him, literally by force to a famous medium in KL, who claimed that he had stepped on ‘something’ and disturbed it. He was given a glass of water with burned yellow paper. And what happened? He dranked it and got better almost immediately. On Sunday (next day), when he visited the doctor, the doctor was so puzzled and asked him what he had done to get well. He just smiled and say he rested. He told me that he would have never believed in such things had it not happened to him. He lost 7kg in 2 months.

3. Be careful of where you are spitting at…

One lady was visiting a temple (forgotten where it was). In the temple, visitors were encouraged to drink water off a holy well as it was said to have healing effects and brings good luck. Most people drank the water happily. This lady, the type who will only drink filtered water also took some water into the mouth. But it occurred to her that the water may contain bacteria and some water borne parasits that could be in the water. So she spat it out to the side.

Now, when this lady got home, her stomach become really bloated. It was much larger than a normal stomach. Even she tried going on less food, it does not seem to help. In fact, the stomach swelled more and become painful. She went to see a doctor who scheduled her for an operation- I forgoten that it was due to a growth or what. She went for the operation. Even after the operation, the swell came back. The doctor was going to schedule her for another operation.

But then, a friend suggested that she visit a medium. She did, and the medium knew and asked her, “you went to a temple not long ago. Do you still remember you drank the water and then spat it out? The water hit an earth bound spirit who was having lunch. The spirit was very angry and that is what caused you that illness. Go back, bring some food and meat for offerings, as well as some joss stick, pray for forgiveness”. She did that and miraculously, the swell and pain disappeared. If she had not visited the medium, she would have gone through the second operation and even that, may not help. If only she had realised earlier, it could have saved her an operation…

This situation is quite similar to the story above.

A former Malay colleague of mine once was very ill due to severe stomach pain. When she visited the specialist, she was told that (based on the scan results), her small intestines basically was in knots. She was to undergo operation which involved untying the knot and removing part of her small intestines.

After the operation, she was okay for a while and then the pain came back (very similar to the situation above). The doctors were puzzled but the only thing they could do is to schedule a second operation. Another friend was sharing with me about this which I told my friend the situation is not ‘normal’ and suggested that she get the girl to speak to the older folks to get help. They went to a bomoh (medium) and true enough, the issue was related to supernatural.

It turned out that the girl’s grandmother kept a baby spirit (toyol) and after the grandmother passed away, no one took care of that spirit. Hence, the spirit, attacked the ‘weakest’ person in the family which happened to be my friend. A ritual was done to sent off the spirit.

Now right after the ritual is performed, the pain that my friend experienced was gone mysteriously. So she went through so much for nothing.

5. Even a doctor recommended it..

My colleague’s friend, a Chinese girl, went to see a doctor because of some strange illness. After conducting various tests, the doctor could not find what was wrong with her. At least, he suggested to her quietly, that she may want to consider seeing a medium. She did, and was healed.

There are a number of such stories but I could not remember them all. 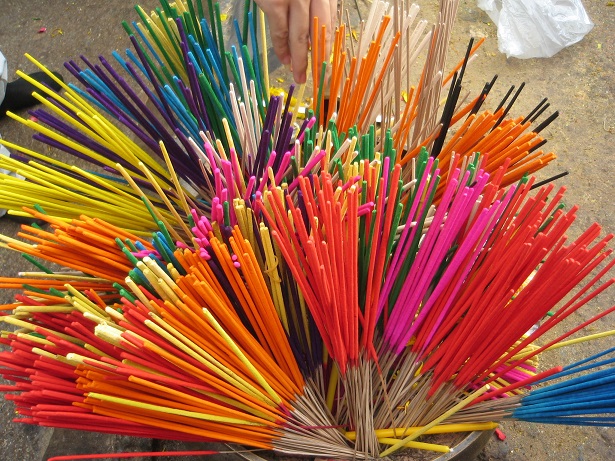 Hence, to believe or not to believe?
I would suggest one to adopt an open mind:

For serious situations such as cancer, it would be better to seek proper medical treatment. Early detection of cancer can save lives and lots of funds are being poured into cancer research by the medical world. One can still seek up spiritual healers at the same time as the treatment. If the illness or the cancer lump suddenly shrinked or dissapear, consider it a great blessing. If not, one can undergo conventional treatment, though is suffering, had saved many lives.

For every real thing, there are always the fakes. There are real healers who devote their time and lives towards helping others. There are also those who are in for the fast buck, capitalizing on fears of others. Whether it is missue of divine power or pure cheating, girls do get raped and people do get cheated out of their live savings. Always go to a healer recommendated by a trusted friend or relative. You will be surprised, the genuine ones who are out to help others generally do not charge huge fees. Sometimes, you get cured by paying a few ringgit or RM25. The best in life need not necessary be the most expensive…

Practice good deeds all the time.

When you are well and able, always consider to be generous. You do not only need to be generous with money but you can do with your time- volunteering to help others, being kind, refrain from anger and hurting others. These are the tools that will get you through life. Sometimes, your deeds act as your protection. Do bad and you will only attract darker forces. Do good and live a life with your conscience clear and you will be protected.

A cancer diagnosis that forces a woman to relook her life