This article was originally published in 2008 from my Life Blog.

It makes the person susceptible to influence of dark and evil entities. As the person becomes addicted and keeps watching these movies, the mind becomes weaker and slowly, darker entities will come in and influence the person. 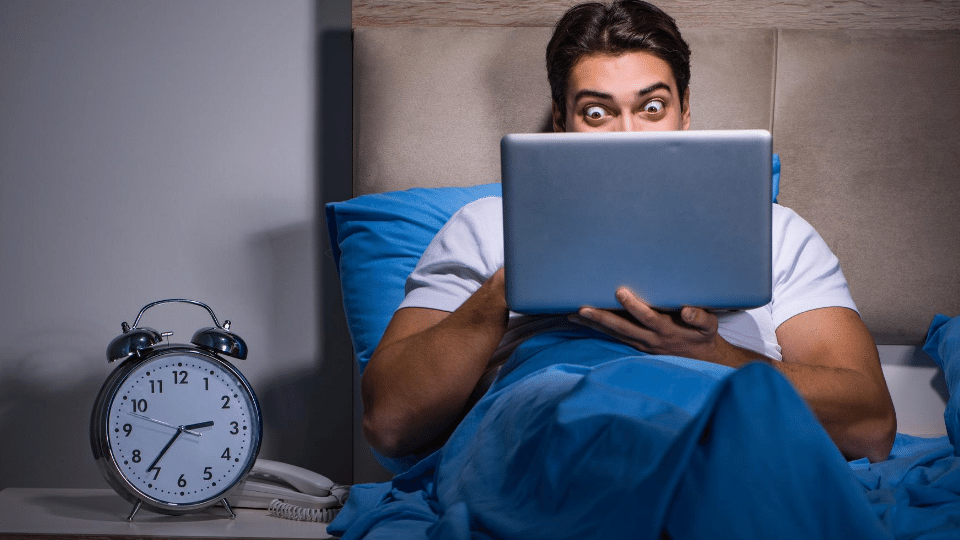 The person may start ‘hearing voices‘ and finally, the entity takes control and the person perform a very violent act– like taking a gun and shooting the entire family, raping & violently killing the victim, commit gruesome murders, etc. By the time the person is caught, he is back to his normal self and have absolutely no recollection of the gruesome act. Very often, friends and relatives will be shocked to the core by the person’s action- they will say things like, ‘he’s a very good and obedient boy- we can’t believe he is capable of such an animal act’.

And during trials, he desperately pleads his innocence- even during lie detector tests, it is shown that he is not making any efforts to lie. Finally, he had to plead temporarily insanity and spend the rest of his life in jail or a mental hospital.

I cannot find the source of this but the article stuck in my mind for many years. Nowadays many people crave excitement in their lives- they want entertainment that stimulate and wake up their senses. Once it becomes an addiction and obsession, the person will spend time to keep thinking about it. Unknown to many, this will lower the person’s vibration or auric field. Ever notice how the hairs at your back and hands stand when you are watching a scary ghost movie?

Even if you do not believe in negative entities or dark forces, when we keep watching shows that portray violence, revenge and murder as the way to seek justice, after a while, the message will constantly play in our minds. A scattered mind is not a strong mind- it’s just like when you are driving and your mind is thinking about 100 other things- you lose your concentration split second and can easily get involved in an accident. Most accidents occurs because the drivers were not mindful.

Similarly, when you are obsessed and crazy about something, your minds weakens in its force and energy. If you are focused and relaxed, your mind is strong and centered. So you can watch the arising of your emotions better – when you are calm and in control, you also notice that you can control temper outbursts better. If you can control your own mind, you will not be unhappy, miserable or depressed. This can be achieved through techniques of peaceful visualisations or meditation.

I remembered a few friends of mine had told me many years ago that a particular popular song was a ‘devil’s song’. If the song is played backwards, it contained the message from the devil. It’s the same as a lot of heavy metal songs. If you love listening to these songs, you may notice that sometimes, you seemed to be in trace or in a zone when you keep listening to the music or playing the same song again and again. But it is not the good kind of trace- in this type of trace, you seemed to lose control of your mind and you sort of ‘drift away’.

On the other hand, a person who keeps reciting prayer or positive verses again and again- after a while, the verse become ingrained in the heart. Verses that promotes goodwill, faith and forgiveness cools the heart and soothe it. In our fast and exciting world, it is not something we are driven to learn- but in the long run, we will benefit from mental and emotional strength borne out of goodness. We have no idea how good it feels if we are able to let go the burden of revenge, regret, anger, and resentment – in the long run, it causes both mental and emotional stress. We know that stress causes a lot of illness- some of it is incurable by modern science.

Which reminds me, of 2 separate incidents that was shared to me by 2 people:

1. A friend told me that her friend never wanted to visit night markets or even go out at night anymore. Reason being is because the friend could ‘see’ unseen beings and she saw how these spirits jumped into bodies of passerbys with weak vibrations and jump back out. After that, she could see the person looking very drained and tired.

2. Another friend told me that lightning sometimes struck close to land because it automatically seeks out spirits and want to strike them. That is why haunted houses are often depleted with lots of lightning. So these spirits try to evade by running into trees and into people. And when they run into the person, the lightning hits the person directly. The spirit can only enter someone with low vibration and not high vibration.

There are some articles from Spiritual Science Research Foundation: 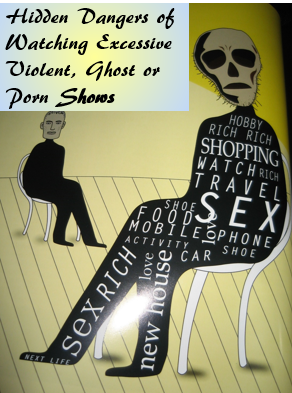 Finally, I leave you with this video by Nikhil (Captain Sinbad channel).

A lot of the harmful things we do are for that dopamine high. Watch till the end of the video….. it is very meaningful: