Many people are depressed or know that they are mentally unwell but are often reluctant to seek help to address their issues. There are several possible reasons why a person may choose not to reach out or seek professional help.

Possible reason why people do not want to seek help for depression/ mental health issues: 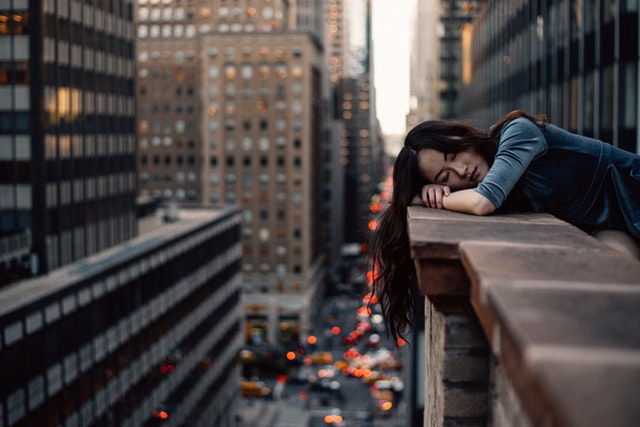 Treatment for mental health or depression does not come cheap in most countries. And often, one would not be cured with one treatment alone. Treatment and medication are often required for a duration of a few months to few years depending on the severity of the issue.

A recent letter I read in my local paper about a man who wrote to the papers to appeal to the government to consider making mental healthcare more affordable.

Such treatment is way out of reach when you are struggling to pay bills and put food on the table or have many mouths to feed. No doubt, one can go to government hospital to seek treatment but often the clinic would be so busy and the doctors are overworked that they do not really able to really spend time with a patient. When one visits a government hospital, the attending doctor/counselor/psychiatrist may be different each time. If that is the case, the attending doctor may not be fully familiar with the patient.

2. Doubt the effectiveness of the treatment

Awareness for treatment of mental health have greatly improved over this decade. However in many developing countries, it may not be a common solution. Even when I was growing up, friends who are experiencing issues would usually be expected to be strong and ‘snap out of it’.

There is also the possibility of misdiagnosis. For example, bipolar disorder is wrongly diagnosed as depression and the patient never got well because medication for depression would make the bipolar disorder worst. A real life example is my mom’s long time friend who is a qualified nurse had a sister who had what seemed to be like depression like symptoms. For 5 years, the lady accompanied her sister for her check-ups. At the end of the 5 years when her sister’s condition did not really improve despite the check-ups and medication, the doctor mentioned that instead of depression, her sister could be bipolar! It took 5 years to see that?

3. Worried about being stigmatized/ what people would think

It may become a stigma in some circles if you are known to have sought treatment for depression, schizophrenia, bipolar disorder, etc. Treatment for counselling and seeing psychiatrist usually would be included as part of medical benefits. But how many of us would want to risk tarnishing our good records, possibly ruining that chance of a promotion or being judged when our personal file gets pulled out by HR?

When signing up for insurance policy or coverage, you would be required to declare any health condition or treatment that you have received. If you fail to declare, you may be denied for claims in future. For example if you declare to have sought treatment for depression, the policy may require additional premium to cover for death by suicide. Or the policy may omit coverage for that at all. This may lead some people to think, ‘well, if I did not seek for treatment, I need not declare’.

4. They think the problem is not serious enough to warrant treatment/ or they did not know they are mentally unwell

Stress is considered as a normal part of a busy corporate life. The higher you climb in the corporate ladder, the more stress you would naturally be expected to endure. After all, we are not paid for nothing. So often people tell themselves that it is okay or ‘it’s all in the mind’. Now, when we start denying there is a problem, these problems would manifest into physical health condition.

I would say that a lot of cases ranging from killer headaches, high blood pressure, breast cancer, heart attack, stroke are due to untreated mental stress.  Two guys I knew from my previous office had suffered heart attack due to the high stress level and job responsibilities that they had to carry.

A boss I knew in the past was so stressed up that his blood pressure (systolic) rose to above 200. He was perfectly healthy when he joined. He had to be hospitalized and yet the doctors could not figure out what was wrong with him. All they could do is to prescribe him with the strongest dose of high blood pressure medicine. And that also failed to bring down his blood pressure. The doctors told him he was a walking time bomb and could get stroke anytime.

We all knew it was from his job and the mental torture that he had received. He knew if he continued on, he would probably suffer a stroke. He has a wife and kids who needed him to be there- he was only in his mid thirties. So he resigned from the high paying job without a job because he chose his life.

And miraculously, his blood pressure got regularised and he was off his medicine.  He also got another job almost immediately as he is quite well known in the industry.

5. Fear of being told that nothing is wrong with them

There is nothing worse than having to suffer and going to a doctor for treatment only to be told that there is nothing wrong with you and that it is ‘all in your head’.  Even though I did not go for any treatment for mental issue, I have been to a physician at a private hospital to seek treatment due to pain in my kidney. He looked at me with judgmental eyes, had bad manners and told me that there was nothing wrong with me except I may be suffering from constipation. Eventually, I did consult another panel doctor and was sympathetic to my complaints and referred me to her husband who happened to be urologist. They did all sorts of tests (blood, urine and ultrasound) which all came back normal. Later he got me to take a radioactive dye so that they can check for my kidney function.

Even though I went through it all for nothing, at least it put my mind at ease. Eventually I found a mind-body connection to my kidney issue and addressed it and the pain was gone.  And slowly I became to notice more correlations at those around me, hence I started including mind body connection to illness in this blog.

And the bedside manners of the doctor is very important. I will never forget how rude the first physician was when I saw him. I cannot imagine if a person is suffering from a mental issue, is feeling vulnerable and to go to a doctor only to be told, sometimes unkindly that there is nothing wrong. It would make the condition more terrible.

Untreated mental issues would eventually manifest into physical symptoms and illness. For example breast cancer is highly attributed to stress and uterine cancer/fibroids to feminine issues.  Obviously these illness would be even more costly to treat.

There are conventional treatment and also unconventional ones. I am sure at a few points of my life I had suffered from depression. The manner of ‘treatment’ that I got was very unconventional which involved spiritual pursuit and healing my emotional heart.  Personally I find that form of treatment to be more effective but it may only be applicable to certain type of individuals and provided the mental issue is not critical.

Regardless of what form of treatment you choose, most important is not to suffer in silence. Talk to someone you can trust or a family/friend. If you really have no one to talk to, you can try to seek answers in Quora. I do participate in Quora and sometimes, some of the heartfelt experiences shared by others really humbled me. Some people have seriously been though so much that it make me feel what I had experienced was just a walk in a park in comparison to them.

How to get rid of static electricity from your body