Little things can sometimes bring out the hidden monster tendencies in us. For example, you may be jogging on a treadmill and the noisy sounds of the person footsteps landing heavily on that treadmill- ‘bang’, ‘bang’, ‘BANG!’.

It seems to fill up the entire workout space and no matter how far from that person you move from, the loud footsteps sound is there. It does not help that of all places, she choses a spot in the middle so it still troubles you wherever you move to.

While she is obliviously unaware of how her small frame but giant footsteps- you are about to be driven half crazy by that landing sound. It is as if someone is hammering a nail ….continuously on the wall.

You have managed to let a little thing like that ‘get to you’ and affect your workout. Maybe you would get off the treadmill and hope that by the time you come back from the weights section… she would be gone.

Likely no one else in the gym would have been bothered by her loud thudding footsteps sound.  She would not have done it on purpose- when we run, how we land on our feet are the result of years of muscle conditioning and posture. Instead of feeling upset with her, feel sorry for her….for such a manner of running would be detrimental in the long run.

People who run with a loud thud are landing at the wrong angle- and it would cause injury, especially to the knees. Often this stems from a structure imbalance in the person that causes the person to land at the wrong angle. Usually, the person would end up with knee, hip or ankle complications later if the condition is not corrected. The more overweight the person is, the sooner the issue would crop up. 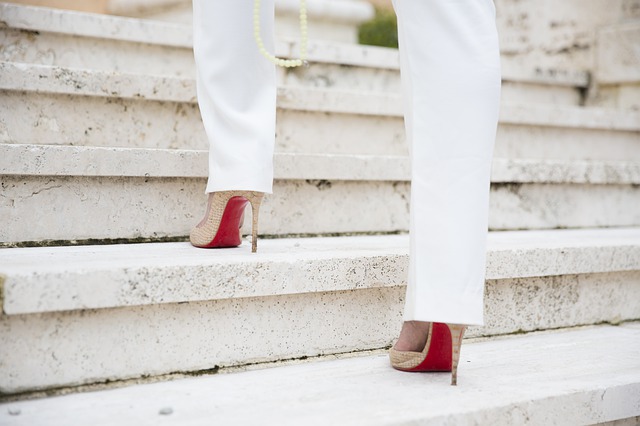 Observation by some on the characteristics of people who walk with loud footsteps.

Some people mentioned that from their observation, people who walk with a loud footsteps seems to have high ego.  I am not sure about that but on cases that I observed, they seemed to have the inability to lighten up. It’s as though in their life they are weighed with many burdens and responsibilities that even their footsteps sounded heavy.

When a person changes internally to be more caring and less stressed up,  the person would be more self aware of the loud sound and make conscious effort to reduce it. That is also out of consideration for others. When the person is happy, the steps gets lighter.

What is most important for us is….don’t get work up over loud footsteps or over the people with it. Regardless of who they are and what they do, it is they themselves. It’s not worth to let it get to us.

On the contray, if we noticed that we ourselves is the one with the loud footsteps, it would be good to make conscious effort to lighten the steps.

Usually to curb a lifelong reflex such as this, one would need to consciously walk slower and put in deliberate softer steps. It takes effort- and in the process, one gets calmer. When one gets calmer- because one had to concentrate on walking properly that one do not have time to think of other things. So in the process, one mind’s slow down. When it slows down instead of being restless and negative, problems do not look that big.

There are times that through just changing the way one walks, one may be able to change one’s inner self as well.

Why too much of raw food can be bad for your system- causing numbness, arthritis, etc
An previous heart by-pass patient now cycles round the world
Why You Should Overcome Hostility
Real stories of those paralyzed by stroke but is able to walk again
Spread the love
26
Calendar 2022 (USA holidays with motivational quotes) is available for free download (pdf printable format).
Feet, mind over matter, running, why

Between knee damage and organ damage…which one is worse?
Origin Point Medicine treatment to reduce pain in Ipoh, Perak