Talking about nasty people, my mom had her share of meeting nasty people all through her life.

Throughout her career as a staff nurse at a government hospital, my mother had to work at busy second or third class wards where there is huge shortage of headcount. After my grandaunt passed away when I was 9 years old, there was no one who could look after us.

She went and begged the head nurse to allow her to work in office hours so that she could look after us better.

The head nurse responded by transferring her to maternity ward, where it is one of the busiest wards in the hospital working in shifts to help delivery of babies. She said she used to cry to work when she had to leave her two small children when she was walking at night to catch the minibus for night shift. On few occasions, the electricity in our old house went off at night just as she was about to leave for work and how I cried in fear and she had to clenched her teeth to leave us.

I know it is now illegal to leave your kids alone at home. During my time, my mom had no choice as she had no support and help. But she prayed and believed in providence to keep us safe and sound.

However, the consolation was that she met very good colleagues who used to plan trips together. Till today, they still kept in touch with her and shown her genuine concern for her well-being.

Throughout her nursing career,  she never dared to offend her bosses as she was worried that any slightest wrong action would mean that she may be transferred to work at another state. One of my mom’s more vocal colleague who challenged her head of department was being transferred to another state to work.

Neither was my mom a shoe polisher who butter up to the bosses. She just did her work and rushed back to the market to buy food, then take 2 minibuses to reach home, and then had to cook for us and clean the house.

This went on for a few more years until she managed to get a transfer to a clinic which operate during office hours.

The work was relaxing but she had to deal with many co workers who like to gossip, create amenity and make trouble. They sabotage and ganged up against her because they had mistakenly thought she was backstabbing them by complaining to them with the doctor. Actually she did no such thing- the doctor scolded them because they had make some mistakes. In that clinic, there were mainly 2 guys who were the main troublemakers.

It had been my suspicion that my mom subsequently developed tonsil cancer because she never could defend herself so her internal defense system also get paralyzed. Coupled with the fact that she had to always ‘swallow’ her anger and frustration in order keep the job so that she could raise us up. She had gone through her childhood in poverty and she did not want the same thing to happen to us.

Despite going through such a hard life, she had instilled in me from young to never ever break a person’s ricebowl (I hold dearly to this value till this day). When her friends needed go off early because their kids were sick, she would ask them to go while she cover for them. Fortunately, and also due the fact she gets up before dawn to cook for us, we did not fall sick that often. Also, I have been fortunate that there are many people who have given me chances till I am able to succeed at doing what I love when I was in the corporate world. I attributed this to the blessings that I have received from my mom and keep the energy going by doing my best to help others when I was working.

Why it does not pay to be nasty to others 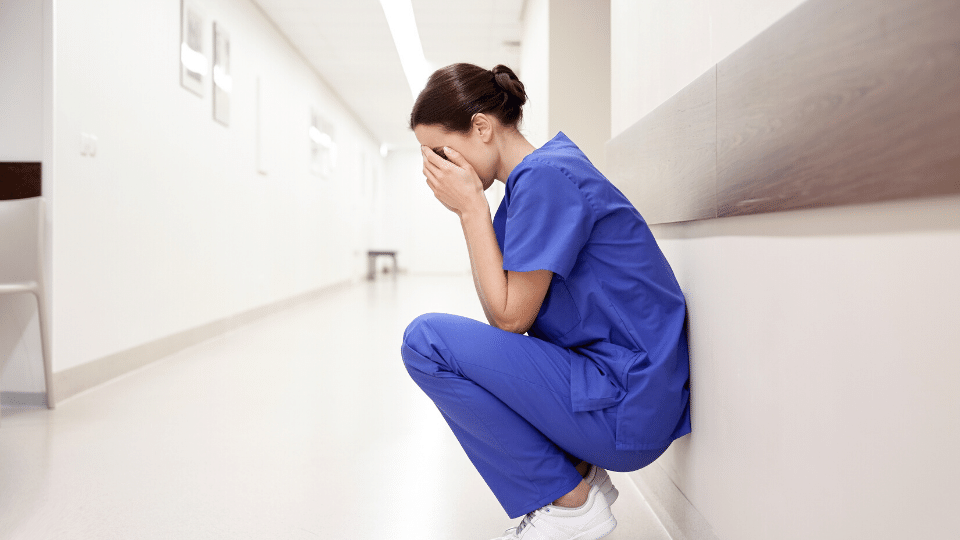 Sometimes people has no choice because they need the job to survive. Was it wrong that my mom had no gall to fight back all the injustice that had befallen her?

To me, it is a virtue for a person to have patience and endurance not to let nasty people get to them because there is so much else to live for.

As for those who were nasty to her and to others, well, many of them did pay a sad price.

She was told by her friends that a few of the matrons/sisters who were well known to be nasty and wicked had either contracted cancer, or got stroke and was paralyzed. One of the male worker who sabotaged and instigated people plus turning the colleagues against my mom lost his only son few years ago. His son was in his early 30s when he suddenly died from heart attack, leaving behind his young wife and small kids.

Of course, good people also develop cancer and have bad things happen to them as well. It is part and parcel of life and came from causes which is not within our present control.

However, it is very scary to see that the nastiness sometimes does not come back to the person but came back to affect their children- where it hurts the most. When they refused to give breaks to others and break many ricebowls throughout their career, their children go into hardship when working or ended up mixing with the wrong type of people, going into gangsterism or drugs. This may not be apparent now and may take many years to take into effect.

And most of the time, due to their wicked and nasty disposition, they are not prepared to face misfortune that come to them.

On the contrary, a bullied person or someone who have to endure developed resilience, patience and perseverance. Sometimes even forgiveness and compassion. These qualities become the person’s protectors who would enable the person to sail through any condition in life.

A person who is nasty or have a wicked heart is never truly happy. Whatever that comes through manipulation and deceit does not really belong to the person, neither would it last. Also, the mind who goes about all the time feeling jealous, envious and scheming up against others is totally pitiful and not in peace.

Each time a person curses someone or turn people against someone innocent, if it is not true, the curse/effect would come back to harm back the original person or his loved ones. That is why, it truly does not pay for a person to be mean, manipulative and nasty.

What causes a person to develop mental toughness?