A throbbing and painful tooth is a horrible nightmare for anyone to go through. It is something that most of us have experience in one time of our lives. When the pain gets so bad, everything else in your life will go into a blur except that painful overbearing PAIN that gets so BAD.

But what happens if the pain comes in during a late Saturday nite or a holiday and you cannot find a nearby dentist?

Pop in an aspirin or panadol? It can be a solution except you will keep popping and the bad news is after a while, it may not even work.

Then what happens if you are in the middle of nowhere that you cannot even pull the offending tooth out yourself with a pair of pliers even if you want to. What do you do?

Personally, I have two experiences of being ‘attacked’ by a serious toothache when dental access is not there. The method’s not conventional, but it works… 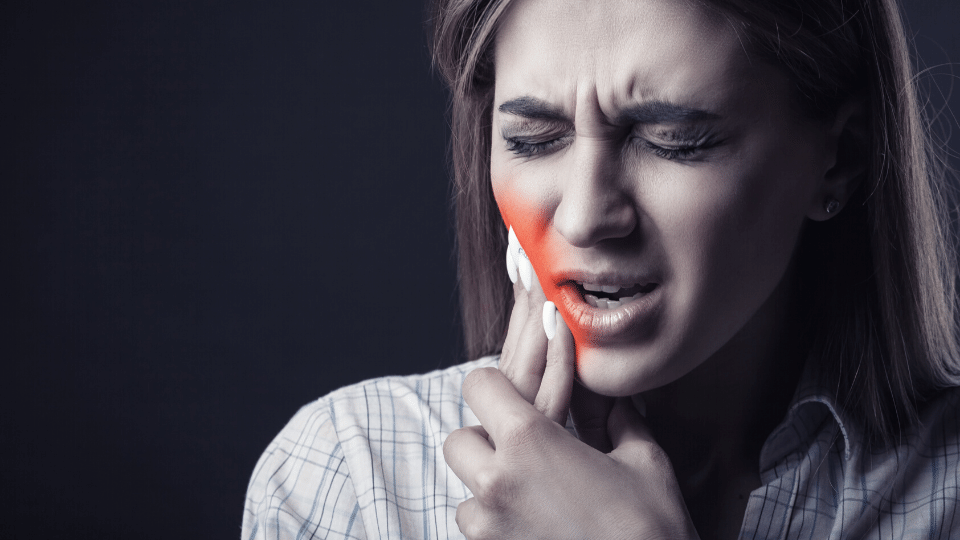 In the year of 2004, I took about 10 days off from work to attend a meditation retreat in Cameron Highlands. I have attended some meditation classes years before during university but like many working adults, life just got too exciting and fast paced that I well, sort of slipped off the practice.

So, in the meditation hall in the hills of Cameron Highlands, I had problem settling my mind because only the a day before, I had stayed back late at work to finish off some work before the holiday. So the high speed geared mind that was so used to thinking on my feet and working under pressure was not about to show any signs of slowing down. My mind was everywhere except being present to where I was, seated on top of the cushion. It goes everywhere, to my work, my direction in life, the past and the unknown future. When I opened my eyes to peek at others sitting on the hall, everyone seemed to sit still and were deep in concentration. And me…. I tried and forced, but I just could not settle my restless mind.

Then it came…… the toothache.

In the afternoon after lunch, it started as a dull discomfort. By evening, it became a full blown absolutely painful episode. My wondering mind stopped dead on its track and I was completely overwhelmed by the pain. It was only the second day and there was another 7 days to go. Gosh, how am I to live through it?

Because I was cornered then, I had no other choice but to deal with the pain. If I am at home, I would have taken some painkillers or, at painful rate it is, pull the $%#% tooth off with a pair of pliers with my own hands. But I was hundreds of kilometres away from home up in the hills and I am not going to bother the helpers or disturb other meditators with my ordeal.

I just observed the pain- I’ve learned years ago that physical pain is the result of element imbalance in the body. But why we suffer is because we identified the pain as ourselves- when it is just a physical dis-ease minding its own business.  This means that due to our adversion to anything that we perceived as unpleasant and the instrict for self preservation and survival, the physical pain brings on to emotional pain to the heart. So dealing with it is a matter of perspective- when we see the physical pain for what it really is and is able to separate the emotion pain away, we let go of the trauma that we cause ourselves as the result of attaching to the pain. It does not mean the pain is not there- it’s there, but it will remain nothing more than it is- a physical discomfort as the result of element imbalances in our physical body.

Up to that point, I only understood those facts in theory. It is the real experience that forces you to put into practice what you have learned. I was desperate and had not choice…then I remembered something in the past….

Years ago in university, once, I remember sitting cross legged for so long in a meditation class that I felt my knee was about to break into two- it was as if someone was trying to break my knee by hitting it with a huge stick. And something in me challenged me not to give up and sit through the pain- the pain shot and become so unbearable that I was literally shaking and breaking out in cold sweat. It rose to a peak, so bad that finally my mind let go of the pain- and then the pain was suddenly gone- it was replaced by a cooling sensation running through my knees. I then realised that the physical pain is not there to spite anyone. It just happens when you sit too long- similarly the pits of our lives are not there to spite anyone- we want the peaks, but we have to accept the pits in life. It was a momentarily insight but when the intense pain shifted from my knee to my butt, I did not stay long enough to fight the battle.

Recalling that experience, I decided to try that in that class. I started by zooming into the pain- since I could think of nothing else anyway. I observed it and refused to let any stray thoughts dwell in because the moment I lost my attentiveness or mindfulness, the emotional pain came back. Then after about 30 minutes of struggling with it, I was felt that the ache was just a throbbing or pulsating sensation on my tooth- much like how the heart beats. It is only in our unguarded moments that the automatic assumption comes in associated with the pain with scripts like ‘this is killing me’ that I feel the suffering rose up to an unbearable level. But if my mind was sharp enough, I could see the emotional label coming and I did not give it the chance to get stuck. No way, if I as much as to let my mind dart off, I am really gone for.

I did nothing during the evening of day 2 except staying with the pain, observing it and disassociating the emotional label to it.

And the next thing, something that I had not expected happened- the toothache… it just went away as suddenly as it came. It is as if when I understood and learned to focus my mind, it just went away. Just like that. It was a strange incident but I suddenly ‘get it’ and learned how to bring a wondering mind back.

I got another major toothache attack last year August when I was staying in a remote area in Thailand. The pain got blown up to a cresendo level- spreading to earache, sore throat and headache- all on the same side of the aching tooth. Again, there was no access to any dental clinic. There was no painkillers or no pliers around- so again, I had to deal with it by focusing on the pain, and separate the emotion identification with the physical pain. It is just something that you go through once, and the second time, it gets easier.

All I did the second time around is to identify where the pain is most severe- is it the ear ache, sore throat, toothache or the headache. I found that the tooth ached the worst- and I just zoomed in to observe it. With my attention not leaving the pain, it was again reduced to a pulsing movement in the tooth.  It works once you are able to break through the automatic assumption that being in pain is bad, unacceptable and you have to get rid of it. Instead, accept it and see it for what it truly is- just a physical discomfort that gets blown out of proportion.

Of course, I could not be at the pain all the time- I had other things to do. The next day, any moment that my mind was not at the present like if I am sweeping the floor but my mind is somewhere else, I felt the toothache and the emotional suffering associated with it came back. Then, all I did was focus again and accepted there was physical discomfort and stop rejecting or feeling that the pain had no right to be there.  After going back and forth like this, the toothache was gone the next day when I woke up from sleep.

On both the cases above, I dealt with the problem tooth when I got back home. You have to because toothache is also really a sign of infection- you must see a dentist immediately before the pain spread and infection sets in (do you know an infected tooth can infect another tooth resulting BOTH teeth to be extracted?). But I am relaying the above experience to give you an idea of how to deal with pain, toothache or any pain for that matter when you are cornered and have no other choice.

Meditation is an excellent tool to bring the mind in focus- and it is continuously to be recognised as very effective in relieving stress. New age gurus like Jack Kornfield and James Aurthur Ray praises the benefits of meditation in their books and seminars. If your mind is not focused, there is no way you can get important assignments done. World class athletes and Olympic champions will not be able to break records and win medals if the cheers of the crowd distracts them. They have learned to be very focused in their game.

Simple tools for pain management and self massage
Bonny Rider for improving limb coordination
If you have lots of problems with your gum and teeth, could it be boundary issues?
Acu cupping therapy to relieve lower back pain
Spread the love
9
Calendar 2022 (USA holidays with motivational quotes) is available for free download (pdf printable format).
Holistic Cures, meditation, pain, toothache

Traditional Method of Relieving Flu and Chills
Feeling Tired, Stomach Pains and Black Stools: Could it be a stomach bacteria?