Are you a night owl or early bird? This article is meant for an night owl, written by a night owl. I would talk about my experience and why I feel that transitioning to an early bird would ultimately benefit you the most.

Most research have pointed out that being an early bird would help you to get more things done. After all, most successful people in the world wake up early, some as early as 3.45am. They all can’t be wrong right? 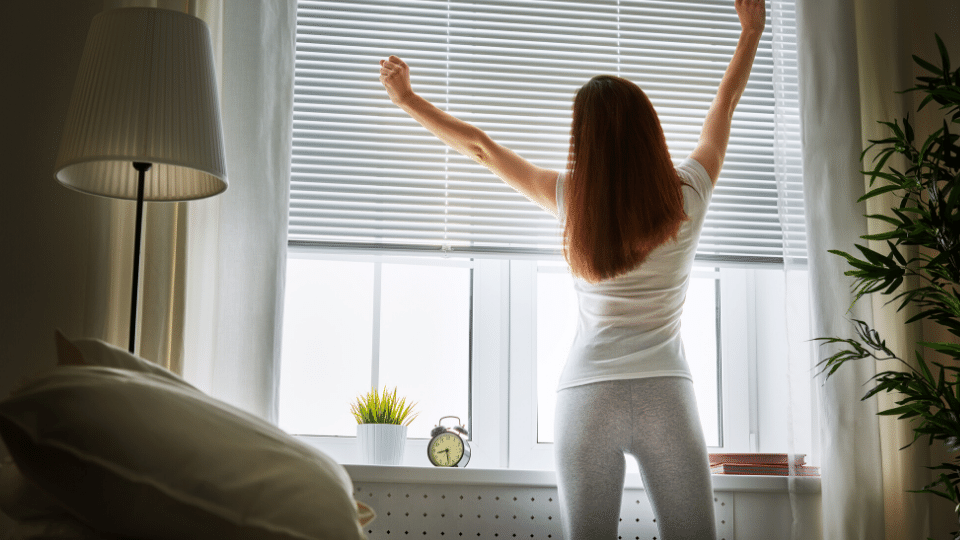 However, most recently there have been new search that is saying that night owls are not like that by choice but it is their body’s circadian rhythm. Hence if they try to become an early bird, they would suffer considerably.

Confessions from a night owl

I am naturally inclined as a night owl. I remember when I started going to elementary school, it was sheer TORTURE to wake in before 6am in the morning. It is not that I slept late because my mom would not have allowed it. Even when I sleep early, I find it very hard to wake up in the wees hours of the morning. This went on until I went to university and was luck would have it….I have a lot of classes starting at 8am.

When I graduated and came out to work, the waking up early to get early and to commute to work was sheer torture. I felt drained and tired, often being productive only after 10.30am.

And don’t even get me started on the advice of getting up early and exercise for a fresh start. I actually felt more tired than energised if I were to get up early to exercise. I have tried repeatedly at different phrases of my life but exercising early in the morning is just not for me. Personally, I find the best time to exercise for me is between 4pm to 7pm where I felt I have the most energy and motivation.

Because I had previously held corporate positions that requires a lot of mental energy, I do not dare to stay up till too late or else the next day work will be a real torture that even strong doses of coffee could not help. My favourite days were Friday and Saturday nights where I could stay up late, sometimes till the wee hours of the morning to do what I love…. be it binge watching some shows or blogging.

When I was forced to be an early bird

There was a period I spent staying in Thailand from mid 2008 to mid 2009. We had to get up early every day to do work and start our chores. At first, it was difficult at first- as we sometimes sleep late to complete work and have to wake up early the next day. But with time, I sort of got used to it.

That period was also a time in my life where I was doing what my heart wanted hence it was not so hard to transition.

Eventually I came back to my hometown and started getting a job. Fortunately I was able to jobs that were nearer to my home, which means that I could get away waking up at about 7.30am instead of 6am. It was again not easy- and I was usually at a less than good mood and not very productive before 10.30am.

After 6.5 years with the company, I resigned to be a full time caregiver for my mom. I also got back to blogging actively again and timing was more flexible because everything is based at home. This means that I could get away with being a night owl again.

For sometime, I actually resumed my night owl routine. After I complete my work and chores for the day, I relax and zone out- by working on my blogs a little, followed by watching YouTube to learn new skills and tips. I often slept last 1am. This is one aspect of my life that I really enjoy…. in the stillness of the night watching my favourite videos (I usually either watch videos that teaches about cleaning, blogging, web design, organization and sometimes comedy channels like MEF- Movies Explained For or MGAG).

Yet, after sometime of this, I’ve decided to slowly transition back to being an early bird. Below are some of my reasons:

If you get to live your life as a night owl, sleeping at 3am and waking up at 10am…. tell me honestly… do you feel tired and sluggish the whole day?

No matter how much strong coffee that you downed in, after the effect wears off, you would feel tired again. Sometimes even more so. No doubt night owls just for some unexplained reason love to stay awake when most of the folks are in slumberland.

I do not like the sluggish mind that I tend to feel whenever I have the chance to live my life as a night owl. When I was forced to wake up early for school or work, yes, it is true that for the first few hours it feels simple horrible. Sometimes my brain feel like lead- so heavy that I could barely move.

But this feeling will go off by about 10.30am and everything will be back to normal. If I sleep by 11pm, I would be able to concentrate mentally on my work after 10.30pm.

Also as we age, the night owl lifestyle does not suit us that much anymore. In my neighborhood, we have a number of healthy seniors who are active even though they are over 80 years old. These folks all share a common trait- they wake up early (at the crack of dawn) and sleep early. They eat more simple food (less oily and processed food and no fried stuff).

Due to the sluggish feelings, less things get done

This is different if I were to live the night owl lifestyle where my brain just does not work that fast the entire day. I reflected back on my daily schedule and noticed that I get less things done when I live my life as a night owl.

There are times when I have decided to get up early because I had a lot of things to do. By 9am, I was pleasantly surprised that I have gotten a number of things accomplished. It does give me a morale boost.

I would be making a big change in a phrase of my life and it requires a lot of planning and work. When I took out my diary and planner and started listing down the tasks that I need to do to prepare myself, I know I needed to be as productive as I could in these next 40 days. In order to achieve my goals, I would need to wake up early and go to bed earlier.

You may be probably like me who somehow felt that transitioning to be an early riser would be the best.

I have been advised by a TCM practitioner that we should follow the universe’s natural cycle- to wake up with the sun and to gradually slow down after sunset. If we go against nature, illness and sickness will develop.

The key to successful transitioning is that you gotta have compelling reasons or goals to push you to adopting this lifestyle change.

Finally I would leave you with some inspiring videos from YouTube on this topic:

How to Become an Early Riser | The Art of Manliness:

Quite a funny but motivational way of presenting it.

Inspiring you with successful persons who are early risers.

Trey Cockrum: Waking up at 5:30AM Has Changed my Life

Coming from someone who used to be a  night owl- waking up at 12pm or 1pm before he transitioned to an early riser who wakes up at 5.30am each day.

If you quit the gym does not mean you would drop out from exercise
Gyms Vs Slimming Centers- which one is better?
Why do I have cough, dry throat and stingy watery eyes?
Losing weight need not be complicated and cost lots of money
Spread the love
Calendar 2022 (USA holidays with motivational quotes) is available for free download (pdf printable format).
sleep, why

My grandaunt rinsed my eyes with urine to give me good eyesight
Stroke: Treatments to go straight to after being discharged from hospital