Note in 2021: This post was originally written in 2011. In recent years, the term ‘toxic positivity’ is being used where many YouTubers have highlighted the dangers of just practicing positive thinking.

In his book “When Chicken Soup is Not Enough”, Dr Ralph E Retherford spoke about how our bodies are affected by our emotional experience in our lives. When we understand the connection, then we can really begin to heal.

Today, doctors are treating a lot of patients who come in with severe back pain, shoulders, neck pain, headaches, swelling, rashes but nothing serious showed up in Xrays or the prescribed medication/ painkillers did little to relieve the condition. Often, the symptoms are real to the patient, and it is a manifestation of a problem they are experiencing.

Some pointers mentioned in the book: 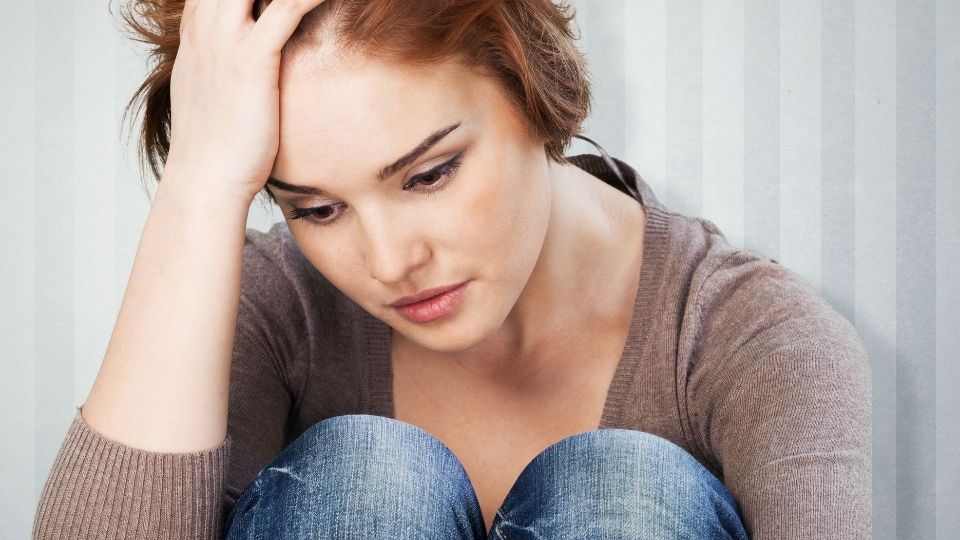 1. The individual’s health fails when he/she experiences a powerful unhappiness in life. It can be due to work, family, love or other relationships and ignoring the problem, keeping busy or telling the mind to get over it may drive it further down the unconscious mind. He provided a lot of case studies of his patients to demonstrate the various points.

2. The unconscious mind comes into the rescue when we consciously do not want to deal with a difficult or fearful situation. For example, we may suffer from severe back, knee or foot pain prior to a dreaded trip to stay with the in-laws. Or we hated so much to live out of the suitcase and part from our children but could not bear to leave the job because of the great pay and benefits- an unexplainable elbow pain that disabled us from driving save us from making the trip. Often, after facing the situation, the problem goes off just like that.

3. When we hide or suppress powerful emotions, they build up in the unconscious till they burst out of our body: hurt feelings manifests in physical pain, irritation with someone manifests in itching, feeling trapped in a situation manifests as hyperventilation and panic, grief comes out as pain that brings us to tears. It’s like the pressure cooker- at first, when the pressure build up everything looks normal on the outside- if nothing is being done to relieve the pressure….it would just reach a point where it would surely explode…and often it manifest in physical afflictions.

4. Often, we are not even aware of these pressure building up. But when the realization is out and we decide to deal with it, the health problem may suddenly disappear.

Simile of the waves of the ocean

I like the simile he used- he mentioned that often the simple act of talking and validating these emotions can help release the energy. Getting things off your chest is similar to waves breaking on the shore. When the storm occurs, huge swells roll toward shore and finally break, dissipating their energy. The breaking wave actually calm the sea. How can all the energy be discharged and the ocean remains calm? The secret lies on the fact that the beach offers no resistance to the breaking waves.

Now, imagine as the waves hits the rocky cliffs- the rocks offer resistance and what happens? The waves strike off the cliff and rebound back to the sea, in the process colliding with other waves behind them in a chaotic, disorganized way.

This is what happens when we fight, ignore, suppress these emotions- we just allow them to rebound into our subconscious. And one day…the lid would just explode.

It’s not enough just to have positive thinking

There is nothing wrong with being angry, shameful, having regrets or grief-  some authors avocate that it is not healthy to have them and instead, one must remain positive. I had been thinking that perhaps, it’s a little like denial.  What Dr Ralph said is true:

If you try to use positive thinking to avoid bad feelings, you risk pushing the feelings into your subconscious. If you permit them to surface and can work through them, in time they disappear. Joys are short-lived, and so are negative emotions, as long as you are willing to feel them and let them go.

As strange as it may seem, when you feel upset and miserable over some unhappy situation, you are reasonably safe from serious illness or injury. It is when you feel fine during these difficult periods that you are in danger. This is when your unconscious may make you sick in order to ventilate your locked-up feelings. Thus, symptoms can serve to release powerful, unconscious emotional energies.

Soy may not be just healthy as claimed by many direct selling agents
Why caffeine is bad for our body
Why You Should Overcome Hostility
Video of Simple movements to relief backpain and spinal discomfort
Spread the love
Calendar 2022 (USA holidays with motivational quotes) is available for free download (pdf printable format).
book review, Inner Peace, mind over matter, pain

Does the amount of friends you have in Facebook matters?