I don’t know if it has to do with the fact that a lot of things have been irritating me lately/I’ve been depressed for a while now. I’ve never had this problem before, until now. But I’ve been really angry and upset about something for a long time now. This just started happening like 4 days ago I would say? First I’ll think I’m not hungry, and I won’t want to eat even if I haven’t eaten anything all day. Then if the food has been in front of me for a while, I decide to try some and I realize I’m hungry, right? So I eat more. When I’m like 70% full, EVERY time, I feel like throwing up. I’ll be eating and eating totally normal, then I’ll just stop and feel sick.
I’ll stop eating because of the feeling. But then soon after, I just feel like eating again but then I’m afraid to eat because I don’t want to feel like throwing up again.
I have never actually thrown up because of it, eating just makes me *want* to.
Just thinking about it makes me want to throw up -.- It sounds disgusting, I know. I just don’t know what to do.

Whenever I eat now, I feel like I should just go to the bathroom and throw up. -.- I’m almost considering becoming bulimic because of it. ._.

Again, this has never happened before. What is going on? 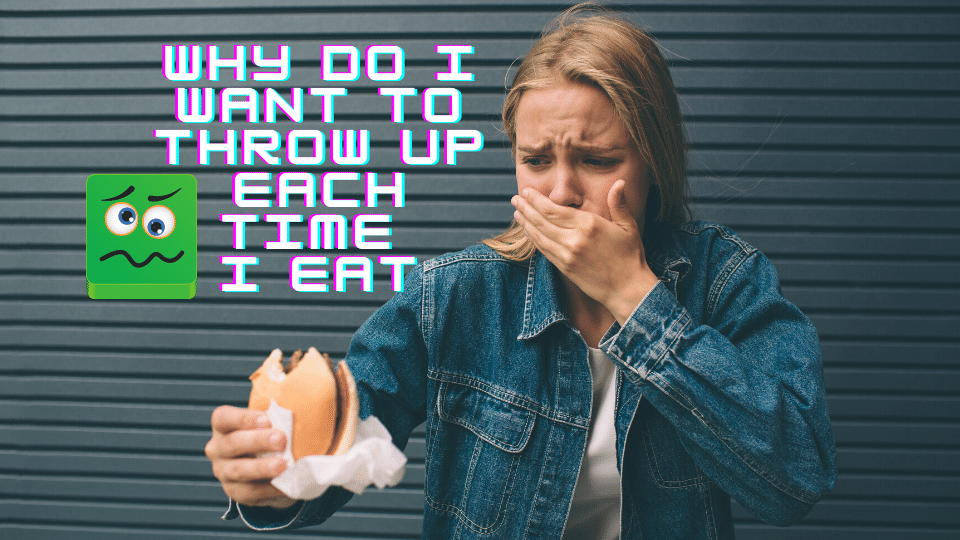 My thoughts on this:

The way our digestive system reacts often mimics our emotions. If we are feeling nervous, there’s butterflies in our stomach. If we are stressed, we get gastric and ulcers.

In the case of wanting to throw up, it could be real annoyance and disgust- as with the verse that people sometimes may use, “you make me wanna puke”.  When we did not learn to address that emotion and perhaps try not to think about it, it gets pushed in and manifested in bodily symptoms.

Sometimes, we really cannot avoid unpleasant situations in our lives. There bound to be people who disgust and annoy us or those that we cannot get along but instead of leaving us alone, they cannot stop harassing us. Perhaps the job or the situation makes that encounter with that person unavoidable.

In instances like that, we may want to consider to well, be more easy on ourselves. We may be over focusing on the flaws of others- granted, we all have our weaknesses and imperfections and people become who they are because they are shaped by experiences. Whether they had gone through nasty or horrible things in life, we do not know. So it caused them to behave in a certain manner.

And the more annoyed or disgusted we are could also be due to the person is displaying certain attributes that we have but do not wish to see within our self. The stronger the reaction is, the more we need to note its significance- why we get so sensitive about it? Perhaps it is something within that we are not addressing…

This is worth as a food for thought (no pun intended).

Don't let any setback, deformity or disability get in the way of your dreams
Leg soreness and numbness? - Mind Body Connection
Feeling Tired, Stomach Pains and Black Stools: Could it be a stomach bacteria?
Curing Chronic Fatigue Syndrome or Constant Lethargy
Spread the love
digestive, mind over matter, why

Help how to cure my laryngitis quickly? I’ve got public speaking tomorrow!
Why do I have trouble breathing when I am stressed and tired?