It is difficult for us to believe in ‘what goes around comes around’ when we see nice, kind and good people  and their families having their lives shattered by a cancer diagnosis.  And the bad guys seemed to be well, healthy and getting richer…

As early as the 80s, the link between cancer and personality types have been made. Qualified medical doctors such as Dr Bernie Siegel (Love, Medicine and Miracles) and Dr Vernon Coleman (Mindpower, How to Stop Your Doctor Killing You) had observed and written about the fact that people who are ‘nice’ often get cancer. 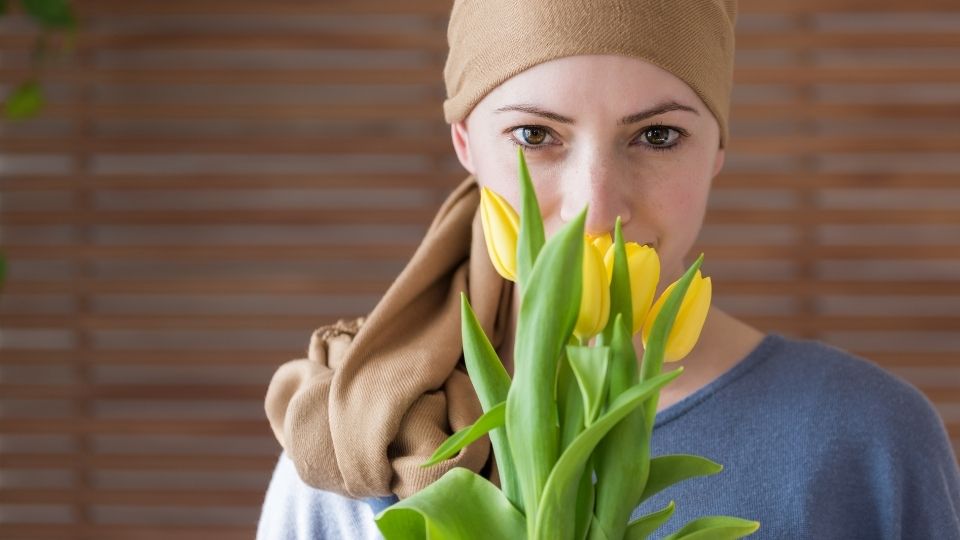 Everyone knows that we each one have some cancer cells in our bodies. Most of the time, these cancer cells are dormant and are prevented from being multiplied by our white blood cells, whose would gooble them down once they display the slightest signs of being out of control. Under usual circumstances, there is no way that these abnormal growth of cells get their way of multiplying out of control till they ‘take over’ the body of their host and eventually killing it.

But somewhere along the line, the immune system seemed to have malfunctioned. It allows these cancer cells to multiply out of control- it is as if that the immune system does not recognize these abnormal cells as threats. Even though the white blood cells should have just neutralize these cells before things got out of control- they did not do so.

What mechanism could possibly affect the ability of the mind to instruct the immune system to go into work and to remove the threat ASAP. It’s common sense that the body should attempt to get rid of anything that threatens its very survival. These cancer cells overwhelms the body and destroy the body.

Why? Why did the fighter cells stand by and watch this to happen? Why didn’t they do something about it?

If we believe that the way our bodies react mirrors how we react to the world, it provides a logical explanation on why cancer happens to good, kind, generous and giving people.

If we are nice because we do not want confrontation or ugly situations, we risked being taken advantaged off, bullied, or having to do things that we hate. When our bosses repeatedly asked us to stay back without any compensation, and giving us a clear message that it’s our duty to do so….we bow our heads and obey, even though we know we are being exploited.  When our colleagues dump their own work on us on a last minute deadline or a Friday night so that we have to stay back and they can go partying, why do we need to accept instead of saying no when we really hate it?

When our spouse bullied us, either verbally or physically, we allowed it to happen because our children are too small and we don’t want them to be raised without a father or mother.

This is wrong, and yet we allow this to happen to us because we want to be ‘nice’ and do not want to cause trouble to ourselves, our families and our rice bowls. If our mind failed to signal our mouth to speak and stand up for ourselves,  to leave an abusive relationship, leave a bad job that is killing us slowly on the inside, it’s not far fetched to deduce that it will fail to instruct the white blood T cells not to stand up and eliminate cells that have mutated. Makes sense?

In other words, cancer cells favors nice people who are non confrontational. They accept the nonsense in their lives and swallow up their unhappiness, possibly due to fear of rejection, a low self esteem, or  sometimes because they have mouths to feed at home and do not want to risk their livelihood. Deep down inside, they are unhappy and resentful, but they do not want to show it to the world. They just grit their teeth and bear with it instead of looking for another job or trying to earn a living doing what they are good at.

There are also those who are nice because they hope that by being nice and accommodating, they will gain acceptance, love, respect, friends in return. Often, they put others needs above and beyond their own. Unfortunately, these kind individuals are often being exploited by those who know that they will not cause problems and will take on whatever nonsense that they are asked to do.

Because in real life, they did not stand up and fight of people who invade their space, time, happiness, sense of worth, their immune system loses that ability to differenciate.  One can’t blame the immune system for not being able to distinguish right from wrong, good from bad cells. Basically the reaction mirrors the way their owners react.

Researchers are really trying to figure out what went wrong with the system. They try to identify the characteristics of these cancer cells- do they have a bigger nucleus? How do they multiply? And then they try to design chemo drugs and other vaccines to attack the cells directly.

How many researches and oncologists actually bothered to take a detailed history of the cancer patient- and look for clues for possibly psychological reasons?  Of course, when these cells are already out of control, more invasive and aggressive treatments would have to be prescribed.

But the ‘success’ of the treatment would not only depends on the operation skills, chemo drugs and advances in medical technology. Failure to address that can bring upon another relapse or having the patient succumb to the toxicity of the treatment.

There is a difference between being assertive and aggressive. Learning to be assertive is very important- to learn to say ‘no’ when we do not want to do things. To learn to stand up for ourselves when we are being exploited, when guilt is being used on us to comply.

It is different from being aggressive- that we become either physically or verbally abusive in order to get what we want. That we bullied other people or ‘give an eye for an eye’. For that groups, they are visited by different health ailments- the constant adrenaline pump of lunge and attack triggers heart related disorders, digestive and liver problems (the energy of anger- either repressed or expressed are stored in the liver).

Sometimes, at the wake up call of a cancer diagnosis, many people changed their attitudes almost overnight. They began to realize that life’s not about pleasing other people, but have finally learned to put their needs first. They no longer want to become people ‘pleasers’ because life becomes so uncertain- they are never sure when another relapse will come. So they learned to live each day preciously, stop holding grudges, learn to let go, to forgive and take time off for their own life.

I know, again it may not be the usual stuff that you read about. But these documented works have first been made known decades ago. It’s just that lack of funding and vested interest (after all, if it’s psychological, then the entire blooming health industry is in risk) had sunk these studies deep into the surface of the ocean.

Still, I am grateful that I have access to these materials, probably because I wanted to look beyond for more answers. And I don’t just subscribe what that has been written blindly either- I observe current cases and recall back those around me who had been afflicted with cancer…before I decide to write about it.

In fact, to be honest, there’s a deeper spiritual reasons for why this is happening- from the cases that I’ve observed from my stay in Thailand for a year. Perhaps I will talk about those in future- the time is not right yet.

In the next article, I will be sharing on a case of a cancer survivor who learn to live life according to her own terms.

Radiotherapy side effects on tonsil and other oral cancers

Mindpower- How to use your mind to heal your body

Answering the call to be a healer – story of Joe Cassidy