Dr Joseph J Sweere, in his book, Golden Rules for Vibrant Health in Body, Mind, and Spirit: A Holistic Approach to Health and Wellnes, wrote about the significance of recurring dreams/nightmares and the health message that your higher consciousness may be trying to bring you.

Personally, I’ve had recurring dreams for about 10 years- leaving me with fatigue problems and inability to wake up. When I left a successful job that had clashed with my core values, and face up to things that I’ve been subsciously running away from (and what I felt I was placed on this earth to do), the nightmares subsized, and I’ve been sleeping better. With that, I am able to slowly transition from a night owl to a morning person.

The book contained a lot of advice and tips on areas of complementary healing, and the not-so obvious cause of diseases and health conditions like cancer, stroke, arthritis (he mentioned that if an arthritis person is more forgiving, the pain would be reduced), etc. Below is a case study on one of his patient (I type almost word for word), found on pages 51- 53 of the book: 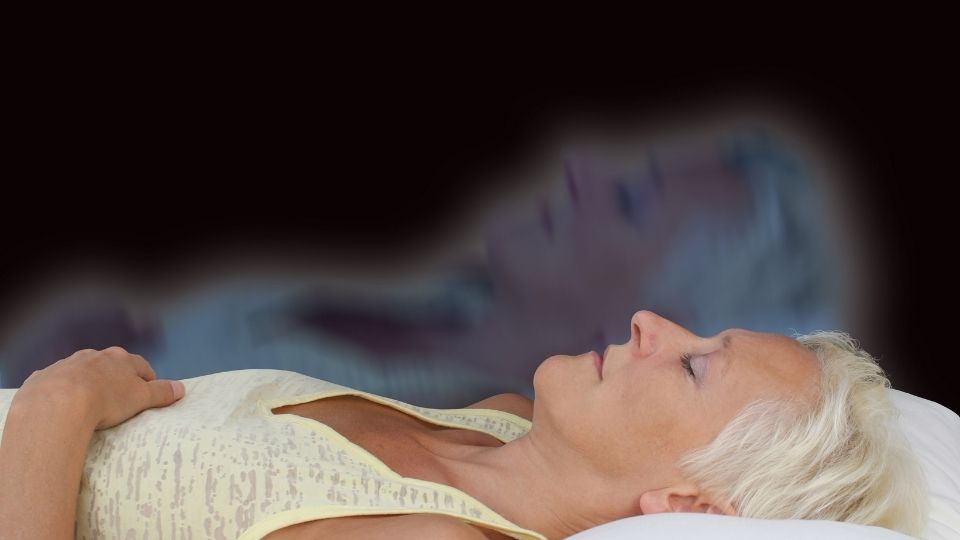 Louise had been referred to me for arthritis and the degeneration in her spine, hips, knees, and ankles that had become progressively more disabling every year. She moved very slowly and was in obvious pain as she entered my consultation room. Using two sturdy wooden canes to help support her every step, this large-boned, significantly overweight woman could barely fit between armrests of the generously sized chair next to my desk. In reviewing the comprehensive history form Louise had filled out, I noted she wrote that, in addition to having advanced stages of osteoarthritis and osteoporosis for many years, she also had bloating, congestive heart failure, extreme fatigue, fluid retention, high blood pressure, long standing constipation, and shortness of breath. She listed ten separate prescription drugs that she took, along with several over-the-counter pain relievers. Louise said she almost never drank water, but did drink about 10 cups of coffee a day and two or three cans of diet soda. She needed the caffeine, she said, to help her stay awake because she was always tired. She simply was not getting enough sleep due to the same recurring nightmare, a nightmare that she had experienced many times over a forty-year span.

After series of careful evaluations, our discussion centered on a program that would include natural, non drug approaches to try and provide her with some relief from her severely disabling symptoms. Because virtually all the joints of her lower extremities, as well asher spine were almost totally degenerated, I had to explain to her it was unlikely we would be able to provide substantial relief. Having been to many other doctors, and having tried many drugs and other forms of treatment, she understood the challenges facing her. However, I informed her that if she was willing to faithfully follow my advice, there would be some hope for improvement.

In just a few office visits, I sensed that Louise had developed a greater level of trust and confidence in me, so I inquired about her sleep difficulties and the recurrent nightmares that woke her . She was very embarrassed about the horrible recurring dream she had, and told me it was awful to describe- so disgusting, in fact, that she had never revealed to anyone, not even her husband, who had unsuccessfully tried to get her to a psychiatrist. I assured her any information she chose to share with me would be totally confidential, and I went to explain that recurring dreams sometimes contain important information that affects health.  After several successful treatment sessions, she decided to open up on this very sensitive topic, and she told me about the nightmare. I have paraphrased it below using the first person:

“I dream I am alone in a big, old house. In the early years of the dream, I am sitting on the second room bathroom commode, but when I am finished using it, the toilet does not flush. For several years, the dream stayed essentially the same, but gradually it started to change- not only wouldn’t the toilet flush, the waste would spill over the edge of the stool and create and a foul mess in the bathroom. As the years passed, the dream became increasingly more frequent, and more and more realistic and disgusting, with the waste not only engulfing the entire bathroom, but also the upstairs bedrooms. After a while, the waste was contaminating the entire first floor of the house as well. It was just awful and I wake up in a state of panic and am afraid to fall back to sleep. For the past ten years or so, the theme of the dream has been the same, it just comes more frequently, and every year there is more and more destruction in the house because of the overflowing toilet. In recent years, the entire basement and the foundation of the house are also crumbling. Just before I wake up, I feel the whole house crushing down on top of me and I wake up screaming.”

When she finished, she was weeping silently and was obviously relieved to finally be confiding in someone about this terrible recurring nightmare that had been troubling her for over forty years. I reassured her that while some dreams may have literal meanings, most are symbolic, and I explained the basic symbols that were emerging in her nightmare. I suggested that she might interpret:

Just as the house itself is symbolic, each room in the house also has a symbolic meaning. For example:

As I explained the symbolic meaning of the dream to Louise, her eyes widened and she began to weep again, this time from a sense of understanding. “Yes, that’s it. I finally understand, ” she said. What she finally understood was that her pysche, or higher consciousness was warning her, through her dream state, about the bad habits and the chronic constipation she had struggled with since her teenage years, and the health-robbing toxicity that had resulted. Although it was unfortunately too late to make major, lasting changes in her health, from that point on, she never again experienced the recurring nightmare, and she was finally able to sleep through the night.

Pain on the face, ears and eyes due to mobile phone usage- don’t ignore them
Action plan after overeating at a social function