Last Saturday, after reading the article in The Star by Tee Lin Say on “No Benefit in Being Fat“- Weight Gain Simply Drags a Person Down No matter what, I had wanted to write further about that.

When I went online to search for the article so that I could link back to it, I was surprised to find that there were so many negative responses to her article.  Yes, it is true that one may be obese or fat due to genetics, illness, hormonal imbalance, etc.

But let’s us not talk about that- because I doubt she wrote the article for that group of people. Even if one is fat through reasons like hormonal imbalance, fibroids, etc, exercise shown positive effects in many studies.

Being overweight myself, I agree with the point that she was trying to drive across. I’ve found the article entertaining instead of offensive. She had meant it in a manner that tries to get us to see the point- that there is no benefit (okay, disclaimer except for those whose obesity or fat due to medical reasons) if one is fat due to one’s choice of food and overindulgence. 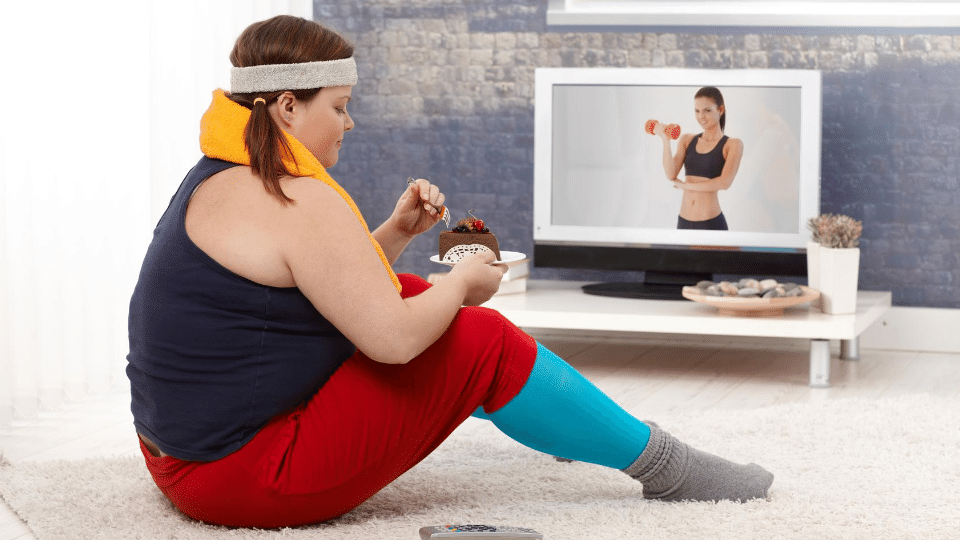 I see that she had meant well and as wants people to stop justifying and making excuses for being fat. And to get up and do something about it. Being fat is not healthy. Todate, I have not meet a single fat person who feels totally good about themselves physically.  If we are being honest with ourselves, deep down, we are not happy about the way we look.

Yes, there are some CEOs and the world’s richest folks who are overweight. But there is a difference- like what the author say, they are thick at the waist area.   But there is a difference that you can see if a person works out. They have some definition of muscle tone and firmness around their body.  People like Oprah Winfrey love food but work out.  The few CEOs I’ve came to know are a bit thick in the waist- a sign of prosperity- but they are healthy because they take care of their body- they control their food portion and they exercise  and find ways to defuse the stress.

When I read her article, I know the first objection that people would refer to is Tony Fernendez, the CEO of Air Asia. He is overweight and yet very rich. But honestly, there is a tinge of dark ring surrounding his eyes that worries me when I saw him on TV at  The Apprentice Asia show. It can be a sign of insufficient sleep (if temporary) or depleting internal energies (mainly of the kidney).

One cannot indulge too much in unhealthy food, have a mentally competitive and stressful lifestyle, not exercise and ….remain healthy. At least not in the long term.

Excerpt from the article:

“When one is carrying so much weight about, they are literally burdened with deadweight.

And as we all know, deadweight is weight which does not produce benefits. It simply drags a person down.

A jelly belly simply makes a person more aesthetically displeasing and brings him a step closer to his grave.

Imagine yourself having to lug around an extra 50kg, whether it is while you are trying to close a deal, give a presentation or do an intense workout.

Roly polies just aren’t as agile or nimble as their leaner competitors. Their brains also cannot move as fast when their hearts are working to pump oxygen through their clogged arteries”

As I’ve mentioned, when I read the article, I can’t help but to agree with her.  The part above made me laugh at myself- especially during my olden days. Okay, please after discounting the obesity due to genetics, etc, etc….yes, it is tough to carry all that deadweight around.

It was the reason why I started this blog in the first place way back in 2006 because I was sick and tired of being sick and tired. I had always felt tired, due to lack of exercise. I overeat the wrong food and ended up feeling more tired. So I had more lattes in an attempt to function over that dead lead feeling. It just got worse and worse. I put on more weight, looked bad in clothes and hated myself.

Of course eventually it got to a point where I quit my job due to burnout (which on hindsight it was my own doing).

If we are fat but fit, we would at least feel more okay. But if we eat and eat all kinds of junk or comfort food and never exercise, it is a horrible feeling all day long. Over the years I’ve worked with many people, some who are really talented but if they are very much overweight, it weights them down. They feel and look tired- and they are breathless at the slightest physical exertion. Given the stressful nature of our work, it is detrimental.

Whereas some bouncier and more active guys in my office were able to withstand the stress and demands of their work more effectively by working out their stress at a game of futsall or they go for jogging. If they feel down they recover much quickly.

If we work in a stressful environment, it is important to sweat it off. Else, negative energy would seep into our physique and affect our mental state.

One thing though,  I felt the writer had overlooked on the fact that overeating is not just about being weak willed and stuffing food into our mouths. We all cope with stress, unhappiness, emotional issues that could not be resolved, sadness in different ways- some people exercise like a lunatic, some  put other people down, some smoke or hit the bottle….. some go for food.  Just that for those who overeats, it is hard to get away with it because it shows whereas for others, they could.

“In society, unfortunately obese people have a lower social standing. As much as I hate to say this, it is especially true for women.

So gals, if you are bordering or even edging towards elephantine proportions, I would urgently suggest going for a run. Your best investment for the moment is a treadmill.

Forget going to the salon or for a facial. He won’t notice how the blonde highlights frame your pudgy and dewy smooth face.

His first few thoughts shall be: 600 pound baby elephant on the radar. Run.

The part of the article above would have hurt many gals who are overweight.  But she is right- most people would be drawn to first impressions.  It is cruel….but it is a fact of life.

Of course, eventually it is the inner beauty and character that sees through the survival of the marriage. But deep down, the lady would always feel unhappy or insecure due to her looks or size, especially when she sees her husband giving a beautiful girl a second look.

However, there are exceptions- beautiful women also divorce from their two-timing husbands and a good looking guy who falls and stays in love with his overweight wife.

Any person who have been overweight, and loses that excess weight through healthy lifestyle change would tell you how good it makes him or her feel. When you look good in clothes, there is no denying that it would boost your self confidence and self-esteem. Because you know you look good in whatever you wear. And if you do it through your own effort (not from surgery, diet pills or eating disorder), you would genuinely start believing in yourself.

That you could do what you set your heart out to do. I’ve known friends who lose weight due to going for healthy lifestyle- and really, the effect it is not only physical, it spilled over the entire specture of their lives. The confidence level and the bounce in their walk- is unmistakable.

Always Get a Second Opinion
No more cheating at workouts
So you think instant noodles is good for you?
8 Common Misconceptions & Fears about Strength Training
Spread the love
diet, exercise, lose weight, overeating, stress, working life

So you have sinned in a big meal, what to do next?