You are an avid exerciser because you know about the benefits of staying physically active. You visited the gym frequently and even go for tennis and futsall sessions with your pals. You do everything right as prescribed by the professionals: you do your cardio, weight lifting (and have those lean muscles to show) as well as the duly stretching to wrap up the session.

And yet, you seemed to be constantly suffering from pain- the stiff neck, or lower back pain and sometimes, knee pain. You wondered why?

There are a few possible explanation that stems from: 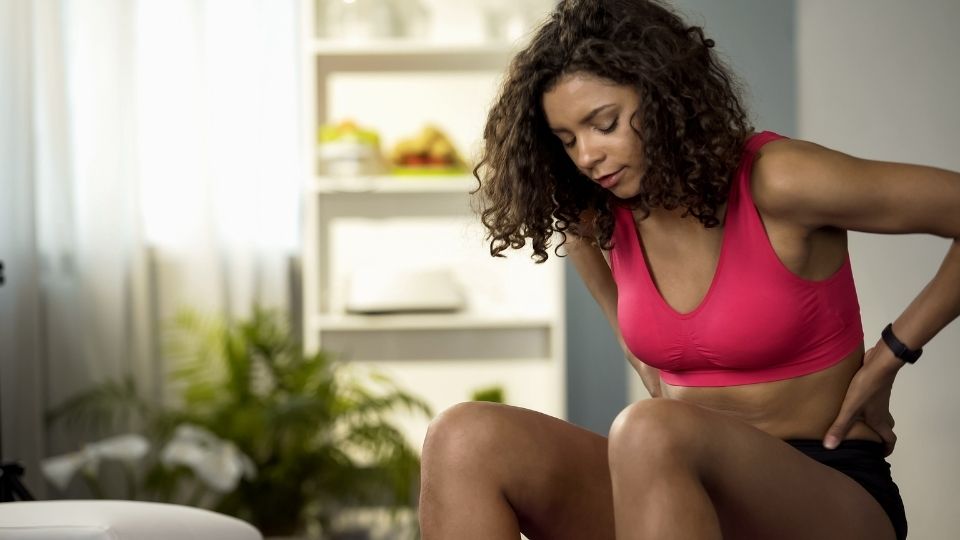 In this article, I will just address only the first factor- muscle imbalance at the core. The other 2 factors will be covered in more detail in future articles.

Now, many avid exercisers are becoming aware about the concept of ‘core strength’ and ‘core stability’. Let me ask you: is your idea of building a strong core related to doing lots of push-ups, having a flat stomach and using the back-extension or the hyperextension machines? Renee was once a professional dancer who was in great shape but suffered a slipped disk while performing a simple dance movement. She realized that her training as a dancer to be flexible, good at balancing and good range of motion are not enough. She knew absolutely nothing about muscle function and training the muscles of the core to be able to handle the vigorous routine of professional dancing. It was probably the weakness of her core muscles that lead her to her back injury.
That injury became a turning point. She stopped dancing and turned to a new career in fitness training. She also wrote the book Straighter, Stronger, Leaner, Longer- an excellent guide for people dealing with back, neck, joints, hip, ankle and knee pain. She has helped many clients understand about the importance of core strengthening by teaching them the correct stretches and exercises to stretched strained muscles and strengthen weak ones.

For example, a client called Maxwell was an avid gym goer and looks to be in great physical shape. In his job as a salesman, Max spent many hours in his car. He’s quite strong but could not understand why his whole body was very stiff and he had problems getting out of the bed every morning.  Driving many hours a day puts a strain on his shoulders and neck- and while he was at the gym, he did his bench press and shoulder exercisers incorrectly- which further strained his shoulder and neck muscles instead of improving them.  Because he spent hours sitting and driving, his body gets tired holding the same position and that results in stiffness of his back.

Max was trying to take good care of his body but he was actually doing it more harm than good. Renee taught Max to do some stretches to relieve the pains on his back and neck. She then started him on a program to work on his shoulder alignment and posture so that his workouts included ways to compensate for the vigors and demands of his car-bound job. She also design a program for him to do while he is on the road, such as simple stretches to alleviate the strain he was putting on his body.

Essentially, Renee taught him functional training- ie designing a customized exercise program to improve the functions of affected muscles so that they are more conditioned and pain-free.

Another client named Carol was in good shape but suffered from back pain. She was an avid tennis player, exercised regularly at the gym and took upper body sculpting classes (to work on her upper body and legs but ignoring the core). She did not do any exercises for her back or core except sit-ups. As the results, these muscles become weak and could not hold her body well together. When she lunged and pivoted at the tennis court or perform strenuous exercises, she put tremendous strain on the weakened back muscles. These muscles then became very tight, and that caused the back pain.

Aside from that, Renee observed that Carol did not include a sustained cardiovascular program, a key component of a comprehensive fitness program. Her muscles weren’t getting enough supply of oxygen and nutrients when she played tennis, so she had poor stamina and her muscles were stiff. Carol was also slightly overweight and these movements put a strain to her joints and ligaments, further aggravating the back pain.

Renee taught Carol that it is important for her back muscles and core to be strong and flexible so that she can move around without pain.

Therefore if you are already physically active, but are often baffled by back, neck, joint, hip, elbow, ankle and knee pain, perhaps you may want to explore further into areas of functional training. Read more about core strength and stability- or seek advise from a fitness professional that specializes in this area. I personally know a number of friends who are avid exercisers who considered muscle cramps, backaches to be the norm. It should not be- constant pain means that you are either not doing the exercises correctly or have muscle imbalance, especially at the back and core areas.

And before the exercise phobic folks have a chance to use this as another excuse to not exercise, please allow me to tell you that muscle weakness due to a sedentary or inactive lifestyle is one of the leading causes of back pain in USA. A sedentary lifestyle has been identified as one of the main causes of chronic diseases such as high blood pressure, cholesterol, chronic body pain, and often led to faster onset of arthritis, osteoporosis and elevated blood sugar levels.

What You Stand to Lose when You Give Up Exercising
Critique of wet acucupping (bekam) treatment method from a visitor
Knee pain- to go for knee surgery or not?
Overcoming Lower Back Pain Through Exercise
Spread the love
book review, core, knee pain, muscle imbalance, neck pain, pain, shoulders, stretches

Feeling that does during food preparation have impact on health

Food Choices That You Can Make

Don’t Ignore the Core in Your Workouts

Action plan after overeating at a social function