In many countries, doctors are bound of strict guidelines to follow when it comes to treatment of illness and diseases. If a certain doctor is found to have deviated from the standard protocols and the patient degenerates, the doctor and the institution (clinic, hospital) can be sued for malpractice and the doctor could lose his license. 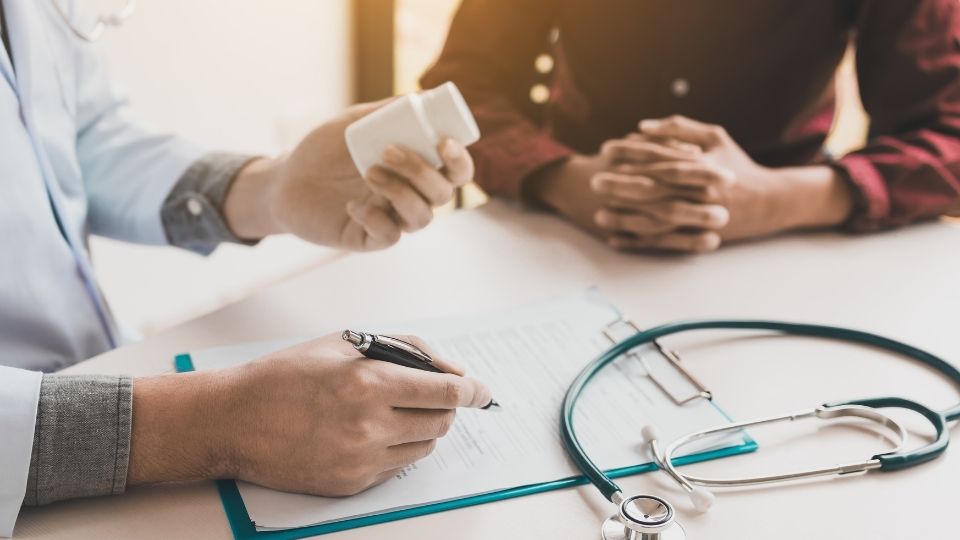 However, if a doctor follows the standard protocols of treatment with due diligence (ie have the patient declare in the form if he/she has any drug allergies….as if it is something we know) – and the patient degenerates and even dies, he has his back covered. It would be just an unfortunate incident, or unexplained/sudden death.

My mom worked as a staffnurse for years till retirement and I grow up mixing with her friends who are knowledgeable nurses and a few doctors. The truth is, they are very skeptical about traditional or complimentary medicine because they had a few cases of people who ended up in emergency rooms, almost dying because they went for alternative treatment for what that is actually a medical emergency like stroke, heart attack or appendicitis.

But in my opinion, these cases are few and far between compared to the misdiagnosis, over medicated and giving treatment that is not in the patient’s best interest. Often time, the doctors know this but they had to because…. they have to follow the ‘rules’.

After I graduated, I came out to work in the service industry. Even though it was not in the healthcare industry, but I could finally emphatize with people of the healthcare profession. I have learned a lesson the hard way- once  I tried to help a customer who called with a very sad story. In the end, the customer turned around, filed a complaint and sought compensation. I’ve had same things happening to a few of my staff, who ‘bend the rules a little’ to help a distressed customer only to end up with a big complaint, almost losing their jobs and sometimes resulting in financial losses.

All these would makes us cynical. People in the service and healthcare industry learned that if they follow the rules and even if something bad happens, they would be okay.

There are many other examples from the above. You would probably think there is nothing wrong with these treatments. And I don’t blame you.

There are alternative routes you can actually take with literally no side effects but they would be much more time and effort consuming and most probably not covered by your company’s medical care or Medicare.

I know, because I had been reluctant at first to seek alternative treatments for my chronic pain and health conditions because my company’s excellent medical benefits does not recognize or cover them. If I visit the specialist, I can get paid sick leave. But if I go to my chiropractor or TCM doctor to get treatment and wanted to rest at home, I had to deduct my annual leave.

But in the end, when these treatments did not work I reluctantly sought alternative ways to heal myself.  I saw no point in damaging my kidneys and liver through taking painkillers for my pain, suffering the side effects and being more resistant to antibiotics.

When it comes to your health, I believe you gotta follow your gut instincts. You need to ask yourself deep down what is best for you. Conventional treatment is definitely required for acute condition as such physical trauma, heart attack and stroke.

If you opt for alternative treatment or lifestyle adaptations, the journey would take longer. You may probably need to work on your inner trauma since a lot of illness especially chronic ones may be caused by unresolved trauma, suppressed emotions and grief. It takes a lot of courage, patience and compassion to go towards this route that is not well researched (because they are not funded by drug companies), not financially covered and sometimes, yes due to being unregulated, there may be scammers who are trying to sell ‘miracles’.

Let me tell you the approach that we took:

Please understand that the below are some of the approaches I have taken. They had worked for me and reason I came to know about this was because others have tried, worked and recommended to us.

Kids falling sick: My mom told me that she could never afford to have us fall sick. She needed the job and could not take time from it. So what did she do? She got up more than an hour earlier each day to cook our lunch and dinner. 3 dishes. She slept later each night to wash the vegetable and prepare the food. With the homecook food, thankfully we seldom got sick. But how many mothers would be willing to do that? I see my friends who are young mothers working in corporate already stressed out of their minds to earn to put food on the table and pay for mortgage. It is not easy

Kids exhibit behaviourial problems: This could be due to lack of discipline, love, abandonment and neglect. They may be acting out because of trauma from their parents’ divorce, illness or abuse. Labeling them as having ADHD, ODD (Opposition defiance disorder), etc and then drugging them is not the answer. Evidence is now available on the effects of these drugs 20 years later- the kids who are now adults have 5 times the higher chance of becoming a drug addict, prone to depression and suicide. Their brains are also found to be smaller in size compared to others who have not been prescribed of the medication

Having fever/chills: I go to see my doctor to get a medical day off. Of course the doctor would prescribe antibiotics. I don’t take the medicine. I then go straight to a traditional Chinese doctor who after checking my pulse would give me some yucky Chinese herbs that are the bitter and horrible tasting. My mom boiled it and the moment I downed the yucky concoction, it is as if a miracle had happened….. the fever and chill went off almost immediately because the herbs rebalances the element in my body.

Chronic/acute bodily pains: When I have terrible bodily pains, I go straight to my chiropractor. If it is not convenient, then I go for bekam (blood acucupping) or acupuncture.  I am fortunate to be able to find these treatments in my country.

Falls in elderly: When my mom had a fall and ended up in emergency room screaming in pain, the doctor told me there was nothing she could do. My mom was sent back with painkillers. She is already having liver cirrhosis so I do not wish to tax her liver further. A few sessions of acupuncture cured her pain. I was fortunate she responds well to acupuncture treatment.

Eventually, I become fascinated with this spectrum of healing. Being stressed in the cut-throat corporate world, my colleagues and I developed some very weird health symptoms which the doctors could not help. Then with some environmental change (such as leaving that stressful job) or mindset change, healing took place. Eventually I started exploring mind body connection to illness and lately, on the unseen world, some of the articles which I include in my blog’s Highlight section.

Doctors are doing what they can with their knowledge and what they learned in medical school to help patients with illness. In the healthcare system of most countries, their hands are tied. It is up to the legislators to decide on health policies that are aimed to really heal and not using band aid solutions that in the end, would bring more long term effects and escalating health care budgets and subsidies.

I wish to leave this article with a little observation….In Thailand, things are a little different… when you visit a government hospital, you would find complimentary healing clinics (often packed with patients) such as acupuncture, traditional Chinese medicine, therapeutic massage, etc. However, there is no subsidy if the Thai citizen opts for this treatment but the pricing is slightly cheaper compared to seeking similar treatment in private centers. Still, to see these clinics being placed side by side along conventional medicine is a promising start. I sincerely wish that more countries would consider doing a trial, like what Thailand hospitals are doing into accepting and incorporating these treatments as complimentary therapies (especially in pain management) with mainstream treatments.

Simple tools for pain management and self massage

Knee pain- to go for knee surgery or not?

Simple exercises to relief pain in the kidney area