Few days ago, a newspaper report appeared that a man strangles his two children and hangs himself after wife dies. It was believed that the man, R. Pubalan was a 52 years old liquid trader. His wife, P. Jeya suffered kidney failure and had been on dialysis for the past 4 years. After finding out his wife had passed away, he could have gone uncontrollable by strangling both his children, his son of 14 years old and his daughter of 9 years old to death (you can read the full story here).

He then committed suicide by hanging himself.

The bodies were discovered by his friend, whom he had made an appointment to meet. Pubalan had stuck a note outside his windscreen indicating the house is not lock. When his friend went into the house and discovered the man’s wife who passed away, he went straight upstairs and found R Pubalan hanging in one of the rooms with both children dead in separate parts of the room.

The New Straits Times paper reported that according to neighbors, the man seemed depressed for the past 2 months. The family kept very much to themselves and seldom mixed around. However, one of the neighbor’s son do know the son as both children played football together in the field.

The issue could have stem that the man was suffering from depression as he has to fit into the role of the caregiver and a father to take care of his growing kids. The cost of dialysis is very high and could be out of reach of the average person who is already struggling to make ends meet.

A photo of the man was published in New Straits Time alongside with his wife and one of the children. As I looked at his photo, I was struck that the man had such dark eye rings around his eyes, indicating that he also had a weak life force and may be susceptible to negative emotions like depression and suicidal thoughts. He may have thought that he just could not take it anymore, mentally and financially and decided to end his life. He took the life of his children because he also thought that after he had died, there is no one to take care of them.

It was such a sad family tragedy.

However, this issue has bring into light the plight of those with end stage kidney failure as well as caregivers taking care of them. The cost of dialysis can be costly…. I had always thought that there was government aide until one lady shared with me a real story… 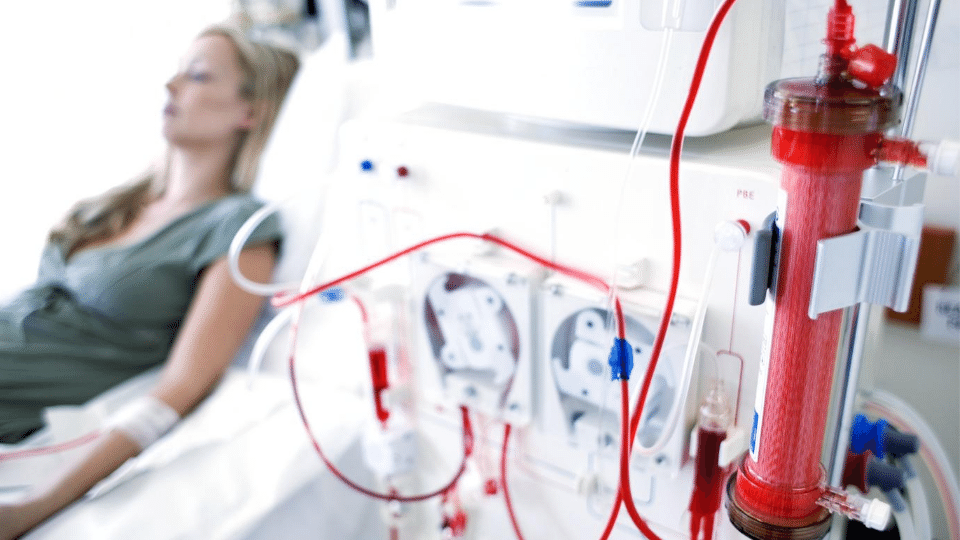 Last month, I was sitting outside a hospital pharmacy waiting to collect the Hepatitis B medication for my mom when a lady sitting next to me was clarifying how the queue system work (the hospital’s queue system can be pretty confusing to newcomers). We started chatting while waiting as the lady happened to be queue number right before me. The lady shared with me that her mom had been having diabetes for sometime and everything was under control as they also went to Traditional Chinese medicine treatment and acupuncture.

Then during early this year, her mom went for a tour (around Chinese New Year). Not long after that, she was diagnosed as having kidney failure.

I have seen a few cases where either cancer that has gone into remission came back after a stressful tour or a disease flaring up. Therefore, I would strongly suggest that a person of such condition avoid going for type of tours like 10 days tour around Europe whereby they are like rushing from one place to another like refugees trying to run away from something (if they don’t rush, how to finish visiting multiple European countries in 10 days?). Travelling need to be easy going.

In the case of the lady’s mom, it could be the stress triggered from insufficient sleep, lethargy, improper diet that had been the straw that break the kidneys’ function, bringing about a complete failure.

However, that day, the lady also shared with me on the rising costs of dialysis treatment. She said, during the beginning of kidney failure, the government or semi government hospitals would offer treatment- and during the initial stages, they would subsidize for medication required for the patient. But about after 6 months to a year, the patient would need to go out to seek dialysis at private centers.

It is not that the hospital is mean to turn the patient away. But each government and semi-government hospital are fully booked and overwhelmed by the sheer number of patients. There are only so many units of dialysis machines available at each center and the maximum number of patients it can accommodate up to each day.

In Malaysia, each dialysis cost between RM100 (about USD23) to RM200 (about USD47)  if it is not subsidized by the government. The waiting list in the government hospitals are very long, understandably as kidney failure is a lifelong chronic condition and many people suffer from it.

For private centers, the patient would require a lifetime of kidney dialysis 3 times a week in order to live. That translates to min RM1200 (USD281) per month, excluding external tools and medication. If the patient also has diabetes, there are additional medication involved. The lady told me that each month, the medical cost of her mom would amount to about RM2000 (USD470). Fortunately the cost was shared among the siblings.

From speaking to her only I came to realize that due to overwhelming long waiting lists at government hospitals and charity dialysis centers, patients have to apply and wait until there is place available. This may take a long time and meanwhile, it became compulsory for a patient to pay for dialysis even it if means having to go to private centers.

Therefore, the lady told me that while waiting for approved subsidies, the patient would need to go for private dialysis in order to survive.

With dialysis, a patient can expect to live up to many years. My mom’s friend who was diagnosed with kidney failure 5 years ago is still alive as she goes for regular dialysis. She told me that she paid about RM200 per dialysis treatment at a private hospital.

What happens if a patient’s family could no longer afford the dialysis? In the case of the tragedy of murder-suicide reported above, the poor destitute man could be driven to the edge as he could no longer afford the cost of treatments. Perhaps his wife had passed away after skipping several dialysis seasons due to the husband unable to afford to pay for the treatment as he still needed to put food on the table.

Also, because they do not interact much with neighbors, there were not able to talk about their problems to anyone and he kept problems bottled up to himself.

Often there are no symptoms of kidney failure. It can struck anyone, even patients as young as 23 years old, at the prime of their lives. Some are sole breadwinners whom the family depends on, caring for their elderly parents and their children.

Hopefully, more of such subsidized aid can be set up to help kidney failure patients who are not able to afford ongoing care and that government can speed up approval of subsidies to struggling families to avoid another tragedy like the news reported above.

The Possible Downside of Green Tea
Overcoming Shame and Regret from a Past that Haunts You
Persistent cough with no cure and how it relates to stress and depression
Chiropractic adjustments for vertigo or dizziness
Spread the love
Related Pages: Diabetes | Heart Disease | High Blood Pressure | Cholesterol  | Kidney | Liver
caregiving, depression, kidney failure, murder, suicide

Diseases You Can Battle with Fitness

Caffeine & Its Effect on the Body

Success story with the gallbladder flush shared by a reader