Most of us really enjoy watching TV. After a tiring day, there is nothing else we want to do other than enjoy a good dinner and then permanently plant our butts in front of the couch finishing our favorite drama series or just mindlessly flicking through the remote.

But the more we spent watching television, the further we move from achieving our goals. This reality close to home one day as I was getting some exercise done in the morning. 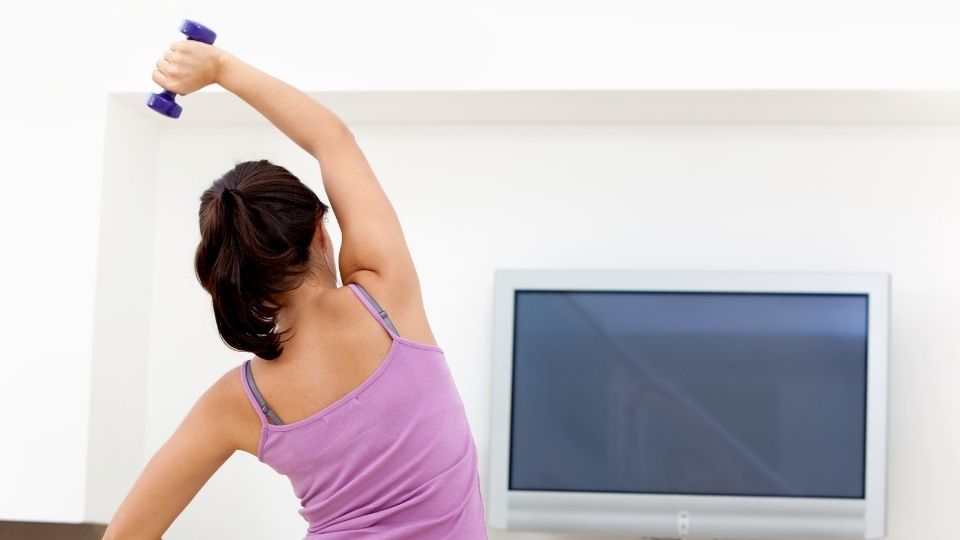 TV as a time, physical and mental energy drainer

I had always felt very pressed for time- that I never seems to have enough time to anything. When I want to sit down to work on my blogs, I would not have enough mental energy to get me through. Yet, I would not hesitate to sit in front of the telly catching up on the latest drama series- the latest movies I was watching:

That means, not including others misc or ad hoc movies or drama series that happened to catch my fancy, watching the movies above already took up about a whopping 44 hours per month. After watching, I would feel mentally tired and drained and when I try to work on my blogs, I would end up surfing other blogs – because discovering and reading about other blogs are also very enjoyable

Back to watching TV- don’t mention 44 hours- if we just spend 1/3 or 1/4 of it exercising, we can preserve our health and meet our fitness goals.  You may argue that you can exercise while watching the TV- well if you can, then well and good.  Then you may not need to give up your TV altogether. But most of us are some fixated on the screen that we may feel very reluctant to move our body and break the concentration.

The balance we can use it to earn extra knowledge through reading blogs and hacks, to work towards our blogs or other goals. This moves us a step nearer to our goals.

It is unreal, and yet we let it get to us

When we addicted to a drama series, it is not only the time we waste while watching. After the show, as we wait for the next sequel, the emotions and intensity played out in the drama gets played in our minds as well. If we watch it during the beginning or middle of the day, we can get emotionally affected that we cannot focus on other task at hand. Perhaps the hero who had been wronged and our hearts cannot bear the injustices going on. Shows usually use violence to seek revenge or get even- blood is always paid with blood. Too much of this ignites the violent and bring out any latent criminal tendencies in a person. Is it a coincident to see the rising levels of crimes today? The mass murders during the showing of the Dark Knight Rises in Colorado had shocked the world.

Furthermore, bear in mind that what’s shown in the movies and drama series are unreal.  From historical settings of the Qin Dynasty or the darkest period of the Korean world, a storyline is weaved around – making us hooked and believing for only a short time that it is real. But it is not. A lot of valuable mental energy is wasted and directed outwards when we focus towards watching these shows to the point of addiction. If you have been addicted to a lot of past drama series, perhaps watching Titanic and Ghost for 20 times because you cannot bear with the sad ending, ask yourself…. now 10, 15 years later, does the ending mattered to you as it did then?

Actually I had not been watching TV for quite sometime before I started back watching the drama series. I was introduced to some movies from TVB- I grew up watching TVB drama series and it does tug at a chord in my heart. Still, I find that no matter how I am attached to a show, by missing it for about a week because I traveled and was preoccupied, I cease to get attached to it after I come back. Even though it’s not always, neither it is feasible for us to go to another country just to avoid the show. However this had made me realized that keeping myself occupied and ensuring I do not turn on the TV when it is aired make it possible to break the habit in just a short while.

Breaking the habit of watching drama series- do something else

The first show I stopped watching was Bridal Mask. During the airing time, I distract myself by doing other things and moving away from the living room. By the next week, it gets easier.  After finding success in it, next was “A Step in the Past” that is shown in weekends- I avoided sitting near the TV should I be tempted to just reach out for the remote and turn the show on. Instead, I brought my netbook to the kitchen to type blog articles.  It is may be a bit tough and we probably had to grit our teeth a little- only the beginning we may find a bit difficult but it gets easier after the first successful attempt. Trust me, I’ve tried it so I know….

If we give up, we will always give up.

So don’t. Watching TV is really not worth it- if we find that our joy in life revolve- around television- then we may not have enough motivational, dreams or goals in life. Can’t figure out what our dreams, goals or calling in life might be?

We would unlikely find any answers from the shows we are watching- because our minds are usually passive and not actively thinking much when we are watching TV. Research around- visit bookstores, the local library or search via the net. We can read about tips to get successful from these authors. And from the books that I’ve read over the years, I don’t remember any of the successful authors who have attributed their success from watching television.

Instead, often it is on the contrary- some of them started off just like us- the typical couch potato ….and one day they decided to turn off the TV and do something about their lives. And the results? A  New York Times bestseller 🙂

Finally, I will leave you with a motivational site that I’ve just discovered from the world wide web….. on a person who, through cutting his tv watching hours drastically had enabled him to have more time to work towards his sites and eventually earn enough to quit his job. You can read more here: How Dumping TV Allowed Me to Quit My Job, Create an Online Business and Fund My Retirement Account.

I like the comments left by one of his visitors that pretty much sums up it all:

I did this too; I gave away my TV 4 years ago and have so much time that I went back to school (university).  Good job.  Now if we can only get more people  to stop watching TV — it is a mind-sucking, energy-sapping, electricity-using, cataract-forming mesmerizing waste of time. Good riddance to TV.

P/S: I took the time that I would have otherwise spent on watching “A Step Back in Time” to type this 🙂  More time for rest, and catching up with family.

Why are we so addicted to Korean and Asian drama series?
From a Drug Addict to Athlete
Getting back to Exercising Again after having a baby
How Japanese People Stay So Slim
Spread the love
Calendar 2022 (USA holidays with motivational quotes) is available for free download (pdf printable format).
watch tv

When positive thinking alone is not enough | Toxic Positivity