Back to Wai Tan Kung page

Nowadays almost everyone have at the back of their minds of how to maximize profits- how to get the best ROI (return on investment) on everything where money is spent on.  Or how to maximise profit using the lowest cost.

Trying to figure this out is what adds on to the stressors in life. No doubt, if you are in the sales and marketing line or running your own business, you may not be able to avoid this.  But if it gets real bad, you may need to consider changing the way you view things or changing the job type- because some things may just not be worth it.

Sometimes, not everything should be about money or ROI. Ironically, if we adopt dishonest means to earn a living, in the end, we may need to ‘repay’ the debt with our health that may cause us our entire wealth. We cannot say ‘no choice’ …because it’s not true. We always have a choice.

I have seen cases of a few business owners who had not been completely honest- one is really unethical. In the end, they both developed cancer. When they had that they developed a lot of fear of dying- and so went for the most expensive treatment- oncologists suggest that they try the latest chemo treatment- but it’s expensive and they did. When that did not work, they went outstation and overseas to seek treatment. In the end, they succumbed to the illness.

It’s a strange irony in life- when we don’t give or have not been totally honest, there would be ‘debt collectors’ coming to take from us- in areas where we need to use money, or losing someone very precious to us. It’s not that all deaths are related to that reason. But often, we end up with nothing much.

Of course, good people also get cheated. Good samaritians also fall sick or some even get killed through helping others. But if they do fall sick or get cancer, sometimes it is painless (means the cancer is discovered very late and they need not suffer for long) or they seek treatment and recover from it. 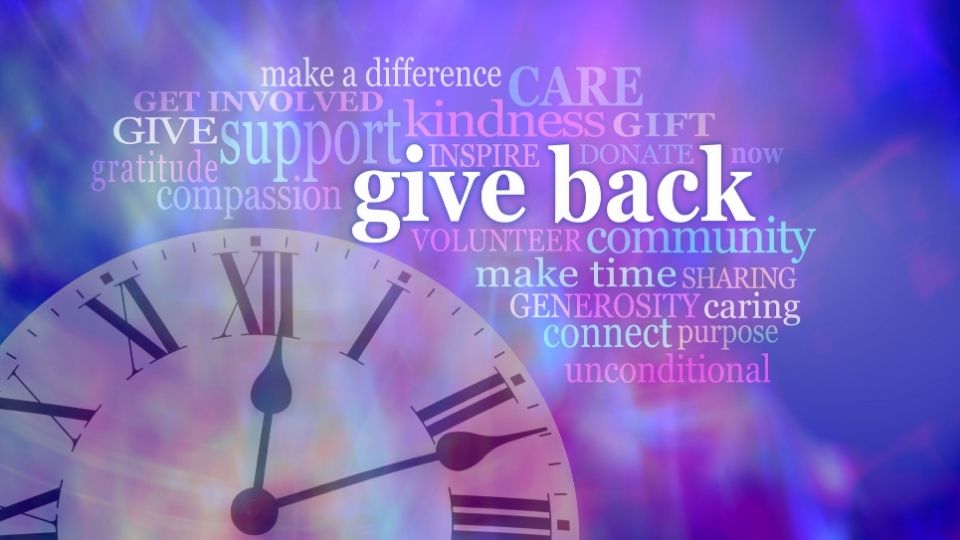 About 10 years ago, I meet this humble old man who rode around in his old trusty motorbike. He told me he was the typical workaholic, and had separated from his wife.  He did have problems expressing his emotions and closed it up, perhaps due to his harsh childhood.

He shared with us is that he is a man who does not expect anything much in return. He does not do bad things to others, he had a relatively clear conscience and he helped people as much as he could.  He said that when he was in his 30s and working in Singapore, one day he was walking with his friends along the coastal area. A girl fell into the water and was drowning- many people shouted and screamed but no one went to save her. Without thinking, he quickly took off his shirt and shoes and jumped into the water to save her. When he got her out, he performed CPR till she was awake. As the crowd gathered around her, he just picked up his shirt and shoes and walked off. He did not expect any recognition, or any reward. It was just the right thing to do.

He was later diagnosed with cancer in his fifties about his retirement time. He went for treatment- operation and chemo. The diagnosis made him relook at life- looking for answers, learn not to be so tough on others and himself and to open up more. One day, he went into a temple and saw a small booklet on the Great Compassion Mantra, in which he learned by heart and chanted. He decided to turn to spiritual cultivation.  Things got better for him and he was mobile and was able to go around independently on his own.

Another more recent case of this man, an 85 year old wai tan kung instructor who had learned wai tan kung for about 12 years but started teaching about 2 or 3 years ago. It was about 2 or 3 years ago that a check-up due to chest pain revealed that he had about 2 blockages in his heart. A surgery was performed to remove one blockage a few years back.

Then he continued teaching wai tan kung diligently to his students. This man is known to be very meticulous- with a sharp eye that can quickly spot if you were to do the movements incorrectly. He would not hesitate to correct the person and if you listen to his teaching, you may find your qi (chi) developing quite fast. At the same time he also constantly read up information about health and supplement it in his teaching of others.

One would wonder, what does he get out of this? If he was to get someone to write down his knowledge in a website, he’ll probably earn more. The nature of wai tan kung is that one cannot teach for profit- so the classes are taught for free and with dedication. Such teacher is so rare and hard to find- even if you pay tonnes of money also you cannot get someone so dedicated.

So during early this year, he went back to the National Heart Institute (IJN) for a routine checkup. His blood and urine test results were excellent and his doctor advised him to perform the operation to clear the second blockage while his body was still healthy- as indicated by his test results. If his health deteriorate later, it would be too dangerous to do the operation. And such blockages can suddenly trigger a heart attack.

And lo and behold! The blockage was not found- it had simply disappeared!

So instead of paying of about RM40k and above, he only paid RM4000.

Even the cardiologist was amazed and asked him what he did- and when he shared about his wai tan kung and relatively bland diet (he indulge once a while but was relatively careful in what he ate). His doctor advised him to continue what he was doing as it had been very good for him.

In the gift of health that he had so sincerely given to others, he received back the gift of health. Even if he was to monetize his knowledge and maximum profit, it would be highly unlikely he could make that amount.  And even if he could, his heart would not be able to take the constant pressure and stress of making money. Furthermore heart surgery is very risky, especially so if one is a senior citizen- and he removed himself from that risk.

In giving teaching for free, he gets back much more in return. Many of his students were thankful to him.

That is why, people who choose to serve and help others sincerely from their hearts are not silly or foolish. Even without expecting anything in return, help and providence would come when it is needed the most. Even an expensive insurance policy cannot safe the life of a robbery victim who is bleeding profusely- it is a good Samaritan or a total stranger who do not care about having his car blood soaked but who quickly rush the victim to hospital in the nick of time.

Therefore, money is the most important thing. It is providence, and blessings- that we received in return for our good hearts and deeds.

For if we do not forsake others, we shall not be forsaken in return.