Telling someone that he or she has body odor has to be approached delicately, tactfully and with sensitivity.  Perhaps it is someone you cared enough- and you do not want people to tease, laugh or talk about her behind her back. Or it could be  from someone working near you whose body odor (usually coming from the armpits) is something that you can’t quite stand.

Doesn’t she knows that she has got body odour?

It may come as a surprise but some may not be aware that they have body odor for the simple reason that no one told them about it. This is especially if the person is not sensitive about herself.

There was a lady who is in her 30s and never knew she had body odour until a concerned friend told her gently. She is married for a number of years and it seemed that her husband never told her. 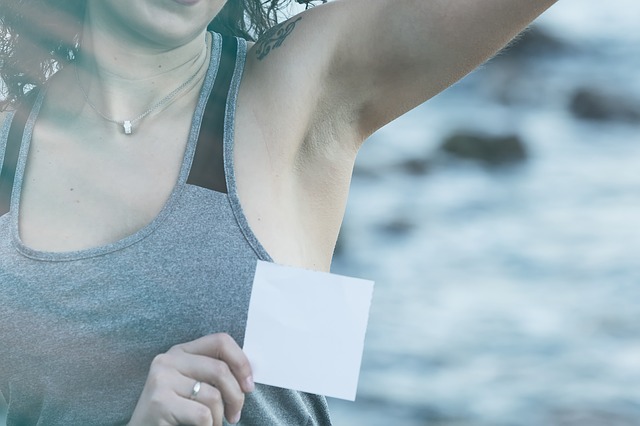 How to tell someone nicely that she has body odour

This was shared by a friend, A who only realised when she was a late teenager that she had body odor. Her mother never told her about this but it was her auntie that told her. Till today, she is grateful that her auntie told her about it.

She now tells people the same way as how her auntie had told her- by buying her a deodorant or anti-pespirant and when giving it, she gently told her.

However, you can only tell this to those whom you know well enough who can take this reality. If your friend is bad tempered and does not take such feedback lightly, then you may choose to keep quiet…and continue suffering in silence.

My friend recently went out lunch with a client. As they were both walking outside with the heat, my friend detected the body odor coming from the client. When they arrived outside a pharmacy, my friend excused herself and went into the pharmacy to buy Dr Mist (a spray for those with body odor).

She then went to the client and told her gently:

A: I would like to give you this little gift- I think you would need this

Client: (looking at the Dr Mist): What is this? I do not need this.

A: Err…please do not take this wrongly as I really do not mean to offend you- but just now as we were walking I’ve smelled something. It could be body odor. Again, I hope you don’t mind….because last time someone did me a favor by telling me about my body odor and till today I am really grateful to the person.

Client: Do you think I have body odor? Oh no…. I am really not aware of it.

A: Sometimes we may not be aware of it because we are either not conscious or used to it. It is better I let you know about this rather than having other people talk about it behind your back or that they do not want to approach near you. Try this and see….I am using it and find it to be effective. Again, please don’t take this wrongly yeah…

My friend mentioned that aside from using Dr Mist, she would carry baby wipes in her handbag- if she suspect the odor coming, she would go to the washroom and wipe her armpit areas with the baby wipes.

For some people, they may find stronger alternatives like an anti perspirant more useful. It should not be used all the time – only use when need to…example working, going out with friends, etc.  After bathing and settling for the night or on days that one does not go out, one should not use it.

Why do I get a rash on my ring finger? Possible Health and Emotional reasons
Does Talcum Powder & Anti Perspirant Causes Cancer?
A much cheaper alternative for Acne- stop being picked on
Why do you get skin rashes and allergies after drinking coffee/ alcohol
Spread the love
body odor, skin