While most ladies may complain about heavy menstruation flow, accompanied by migraines and pains all over during that time of the month, it is a totally different scenario for some.

Some would have only light flow, probably about at most about 2 or 3 days and relatively ‘hassle free’. They may not understand what is ‘period pain’ or PMS. But then, I have 3 real life cases that could point to a deeper issue with one’s own feminity- especially for women who despise having period and feeling happy with their reduced period flow.

Please note that the names below have all been changed: 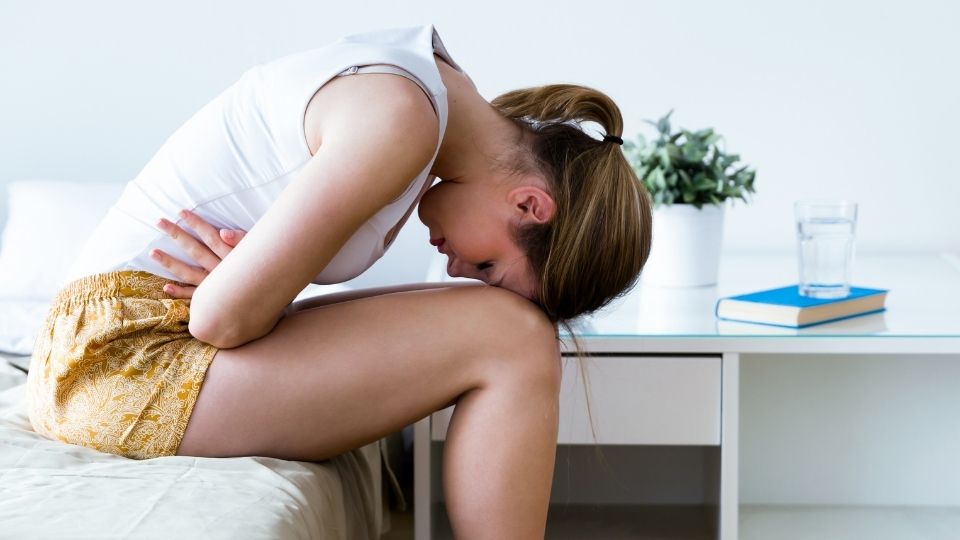 Pauline is in her early thirties. Her menstruation flow is relatively easy going- with light flow, lasting for about 2 to 3 days. She does not have PMS pain, only what she felt is a inconvenienced during that time of the month.

As a child, she was given away by her mother and she stayed with her uncle and his family. Sadly, his uncle had sexually abused her. As the result, she grow up protecting herself, hating her feminity and her overall body is quite stiff. She could not even take any forms of massage because her body could not relax. On the surface, she has a feminine voice but the bitter childhood had toughen her heart. She had learn to protect herself.

One day, a group of us was in the jungle, and she stepped into a rock splinter that cut deep into her big toe. Her big toe was bleeding and swollen- she just bear with the pain and continue to do whatever that she was doing.

Sally walked and behaved like a man. She usually wore pants and from the back, you would think that it’s a guy. When I asked her why, she told me it was to ward of attention from guys. She told me that if she behaved like a girl, then guys would come and she felt that a relationship get in the way of achieving her goals. She also told me that she was ‘fortunate’ that her period stopped when she turned forty. Even those days when she was having period, she also hardly had period pains and her flow was little.

But on a personal level, she is now having some inner conflicts and some problems that she was not able to resolve.

Another friend of mine who told me that she used the power of her mind to have her menstruation stop when she was 35. She told me that it could be done if you believe it- this lady was also very tough person, strong willed.

Angie totally disliked that time of the month. Usually, she would be taking tea right before and after her period to ‘get it over and be done with’. Over years of tea drinking, her menstruation had been reduced to light flow. When she saw a healer, the first question the healer the healer asked her was “how’s her period?” The healer told her that she had a problem with her feminity, it was almost as if, ‘she reject her ownself and do not want to be a woman’. Angie told me that it was then she decided that she wanted to embrace and accept herself as what she truly are. Not long later, her menstruation went back to normal.

In all the cases above, it is not that the women are gay or is a man trapped in a woman’s body. The menstruation could denote if they have any deeper underlying issue with their feminity or some aspects of themselves that they are rejecting. Childhood trauma could cause a person to ‘adapt’ by hardening the heart and thinking that crying and showing affection are forms of weakness. Or sometimes a person who needed to grow up sooner than she was supposed to- such as the eldest child of alcoholic/ abusive parents who have to fend for herself and look after her little siblings.

We all try our best to adopt to any situations in life. It’s just that sometimes the methods we have chosen in one stage of our life works for our survival but becomes irrelevant to be applied in subsequent stage of our lives. For some, they have to learn to let go of the dark episodes of their lives, to forgive the past and move on. Easier said than done, of course.

But if we continue to stick to old methods of protecting ourselves, of fearing love and inability to trust, it would rob us of attaining any forms of happiness in our lives. We would only find ourselves be drawn to the very same pattern of people that once haunt our childhood or find that the world and its people are just cruel. Is it worth it?

Healing is a journey- a journey that requires courage but we must be committed to it. Associate with kind and nurturing people, stay away from psychotic and emotionally manipulative ones. Read positive books, learn to laugh and stay away from morbid songs and shows. So long as we are committed, we would eventually find our way.

How to stop being so petty
Happiness is here and now
Earning big bucks or your mental health- which is more important?
How I overcome my rheumatoid arthritis without medication, herbs or supplement
Spread the love
Inner Peace, mind over matter, pain, PMS

What could cause constantly recurring tooth problems- toothache, infections
Children with bow leg and Leg Perthes that grow up to be normal