Bullying is very common in schools all over the world. It is either you are being bullied or you are the one bullying others.

Only in his late twenties did my brother admitted that he constantly fought off bullies from as young as kindergarten. All the while, there was no tell tale sign that showed that he fought at school. In our eyes, he was a shy introverted quiet boy. We were taken by surprise at his admission.

He also shared what he observed that turned a child into a bully (it could be due to one or a combination of the reasons below): 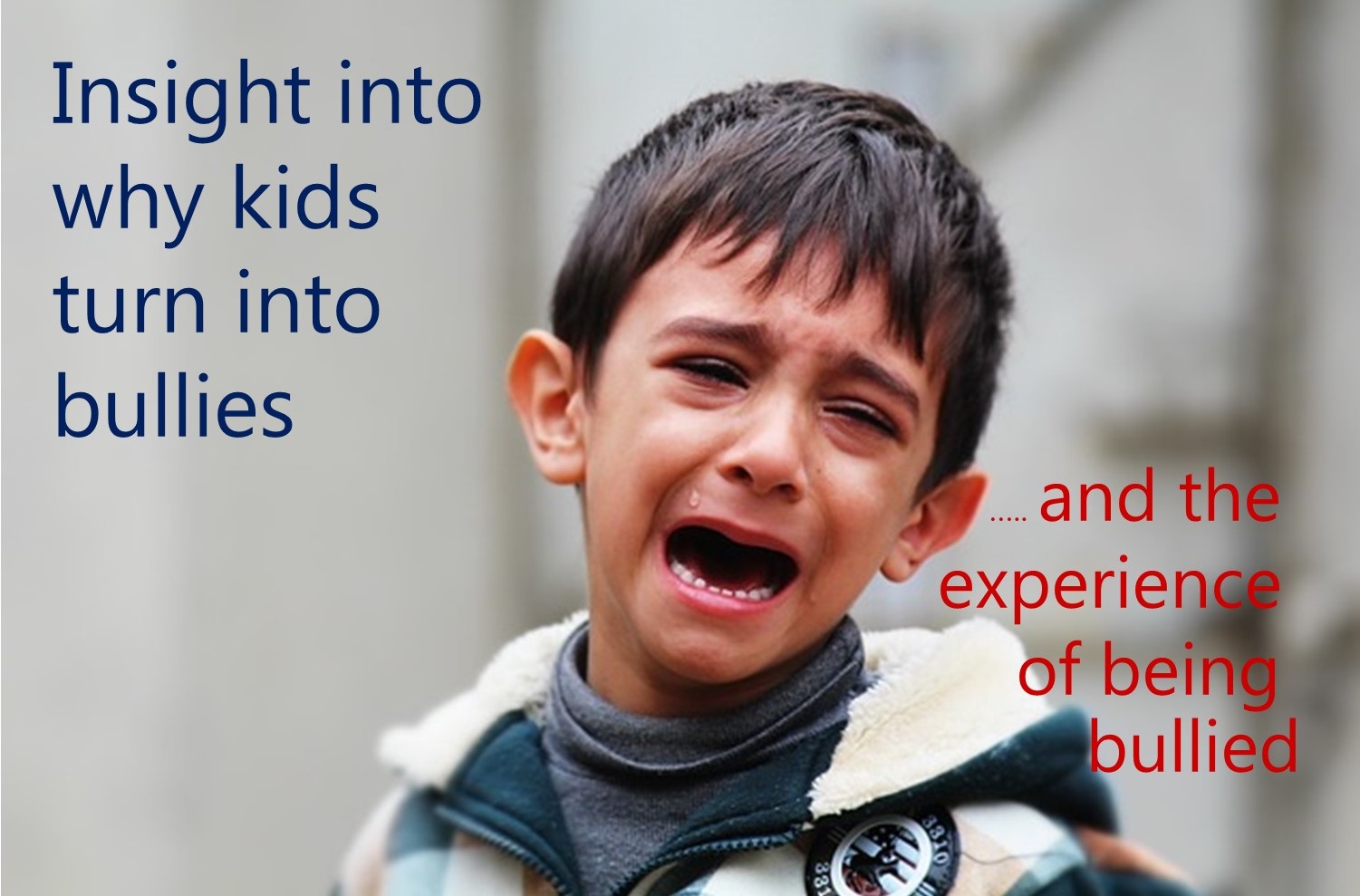 1. The bully did not receive enough attention or too spoilt by parents who often were too busy trying to earn a living to have time to pay attention to them. Else, they or their maid may find the kid too uncontrollable for them to be able/ or to be bothered to do anything about it

2. The child (the bully) may be bullied physically or emotionally at home resulting in a lot of anger. The child then bullies others in school to release their tension and anger.

3. Pure nasty or bad nature who takes delight in inflicting hurt on others

4. Lack of enforcement in school- the teachers and perfects who did nothing much to manage the situation

5. To show off- impress his friends or girls. Some of them wish to show off to girls on how ‘macho’ they can be.

How the bullying started

When my brother was young, he looked a little like a humpty dumpty. He was quite short but had rounded and fat torso (he has since grown into a reasonably tall guy almost one head taller than me). He said it started with teasing and taunts which sometimes turned physical. However, the bullying did not go out of hand was the kindergarten he went to had quite a good reputation, hence the administrators and teachers would not tolerate such behavior if they are aware of it.

The bullying rose to its peak intensity when my brother was in Primary 6 and Form 1 and 2 (between 12 to 14 years old). That time, he said he had to fight off bullies at least once each week.

My brother seldom picked a fight. Often it was someone who tried to pick a fight with him. He refused to back down and he stood up for himself hence he fought off his bullies.

There was a boy in my brother’s primary school who my brother referred to as a psychopath. He said the boy was mentally unstable and always want to inflict hurt on others. One day, the ‘psychopath’ went and beat up the top student (the top student was a good boy who does not get involved in fights).

My brother said that the discipline teacher who knew very well it was the ‘psychopath”s fault choose to single out an eyewitness, a small sized boy and questioned the boy on who actually started the fight. The small sized boy admitted (in front of many others as the discipline teacher was quite fierce) that it was the ‘psychopath’ who started the fight.

As the result, the discipline teacher caned the ‘psychopath’ in front many others.

My brother said the discipline teacher would have know very well who was the culprit. And yet, the teacher choose to put up a ‘kangaroo show’. Who would be there to defend the witness when the bully sought revenge on the poor thing? 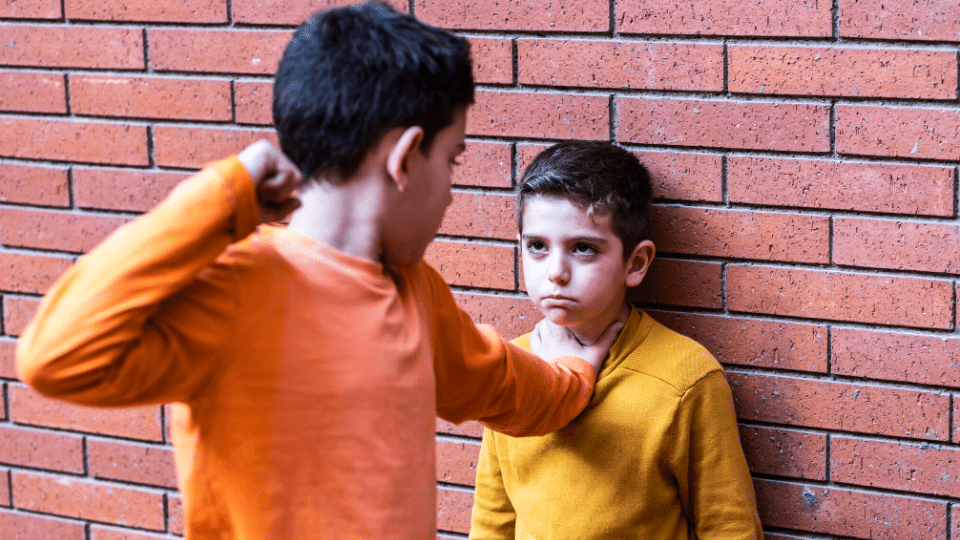 Both my brother and me were sent to separate secondary schools. Both the schools that we were sent to were known for their gangsterism. From form 1 to form 3, I had a mixture of good and kids with gangster connections in my class. Half my classmates either came from broken or poor families. However you know what, I’ve learnt that gangsters also have ethnics. Neither me nor my group of friends ever had any problems during my tenor in the school.

For my brother, the situation is different. My mom, being very worried, went through many appeals including going to the State Education Department which finally got my brother’s secondary school changed from the gangster school to a more well known school.

I hated to say it, but my brother’s high school was garbage! It takes at least a few years to almost a decade before a reputation of the school goes down the drain. Meanwhile, the situation would be rotting from within.

During form 1 and form 2, the school mixed both the good and bad students in the same class. My brother said he constantly needed to fight the bullies very hard. He had to be constantly on his guard as they can come at him at any time.

He was so good at hiding it. We never saw anything. Only thing we noticed was that his academic results were declining.

My mom sent us to self defense classes when we were young as a form of exercise. Little did we all know that my brother really applied what he learnt in the class to fend for himself.

He said his headmistress had mood swings, often losing her temper but did nothing to improve the situation of the school. Most of the teachers do not know their subjects well. My brother told me that he had a teacher who was not proficient in English being tasked to teach them English.

Whereas, I remember with gratitude, my headmistress, a gusty Malay lady who was determined to overcome gangsterism in our school. She said she will banish gangsterism from the school and did not back down even when she got dead threats, her car tyres slit and the school office burnt down (it was confirmed by the police as arson).

On the other hand, my brother’s high school sank due to apathy and lack of discipline which causes the rise of gangsterism and fall of academic results. And the gangster school that he was due to go turned out to be also a well known school in terms of academic results by the time we finish high school.

My brother said the bullying activities reduced a lot when he went to Form 3- after the school started segregating students based on their academic results. He went to a class where majority were kids who wanted to study and did not want to pick fights.

As parents, you need to monitor your child closely for:

In the case of my brother, he fought for himself- but in fact, it is very dangerous as there are many reported cases where fights ended up in tragedy.  Sometimes the victim gets serious injuries or die as the result of internal bleeding. Or in a strange twist, the victim who could not take it anymore, takes the matter upon his hands to take revenge on the bully by injuring, poisoning or killing the bully.

Our kids is under our care and it is not ‘someone’s else’s problem’ such as the grandparents, nursery, daycare or the school teacher. In the case of my brother, it is clearly seen the lack of help and support by the teacher that resulted in the rise of bulling activities.

No matter how, parents, no matter how busy they are, would need to invest some quality time with their children. Many of my friends hold very demanding careers.

Like the case of one of my former boss who is my mentor, she had send her children to daycare since her kids were young as both she and her husband had to invest a lot in their career. However, they always take time to have talks with their kids- and their kids are aware and accept the choices that their parents take is to contribute to a better quality life, education and for their future.

My former boss, who is excellent in her work and has strong leadership skills believes in work life balance. When she headed a department with its huge demands, she still made it a point to go back by 7pm on most days to have dinner with her family. However, it is impossible to leave work at the office hence she would work on urgent matters later of the day. She would also prepare draft email reply in which she would come in early to office (she reaches before 7am) to send off the email (that time our company did not have remote access yet).

She also made it a point for their family also goes for a simple vacation few times in a year- nothing too expensive which the family enjoy quality time together. Her kids are now going to be young adults (to think that when I first knew my former boss when she was pregnant with her first child) and their family are quite a close family.

When the kids feel their parents’ presence and that the fact they can approach and speak to their parents on anything without being reprimanded, they would be least likely to turn into bullies. And if they are victims of bullying, most likely their parents would be able to pick up on it and take action to mitigate the bullying from happening further.

Living with ADHD…. from personal experience

Why People Get Arthritis

Iridology- diagnosis of past, present and future illness from the iris (charts and photos)
Answering the call to be a healer – story of Joe Cassidy