After getting married, many young couples initially would want to enjoy the bliss of just being with each other- being carefree to travel or go outing. Then after a few years, they would want a baby. Imagine the nightmare when the wife is unable to conceive when the couple really want to have a baby. It strains the relationship and in some cases, may lead to separation. 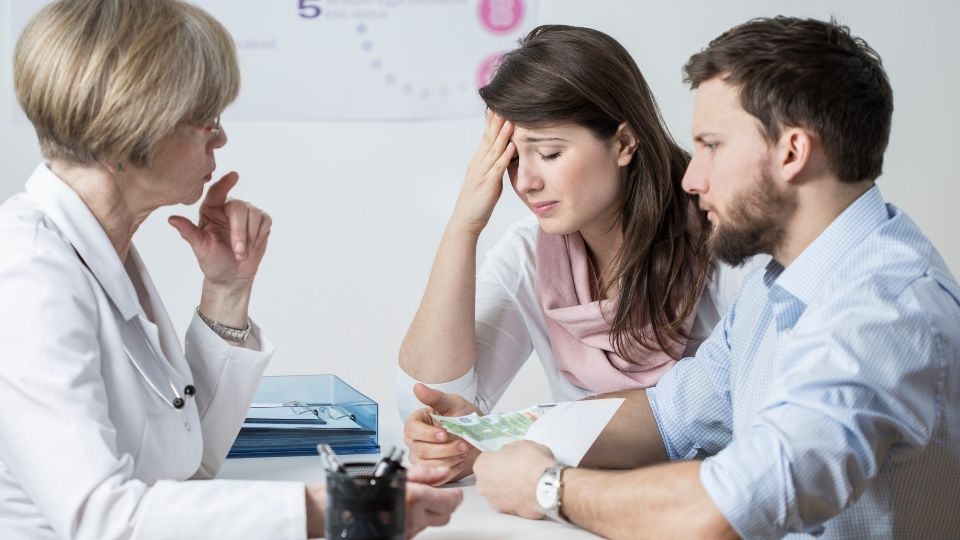 I decide to write this article after witnessing a few of my friends from my previous department having the problem to conceive. One or two could conceive but suffer a miscarriage soon after. A miscarriage is a very traumatizing experience for a woman. When they saw the doctor, they were told that it could be working stress. Perhaps a less demanding job (either by transfer department or leaving the company) may help.

Previously, I worked in a place most well know in the industry for being one of the most stressed place to work. Imagine the usual comment that I used to get from people who realized that I’ve been with the company for so many years is- ‘how can you sustain for so many years?’

I know of someone who once suffered a miscarriage twice- she had thought that she could not conceive a baby. Finally, she quit and went to work for another company (same senior position and higher pay but much less stress). She become a mother of two children.

Another friend could not conceive- she tried and suffered a miscarriage. Initially, she thought was because both herself and her husband are smokers- as the result, she was probably not physically healthy enough to have a baby and her husband’s sperm count was probably low because he was a heavy smoker. They got into constant fights over this- the wife gave up smoking while the husband cut down on smoking (he tried very hard but could not quit but he had reduced).  In the end, my friend decided to resign and stay at home. Not long later, she got pregnant and had given birth to a cute baby.

There are another girl- she’s a very good looking girl with thick curls and bubbly nature. Suddenly she was losing hair- in patches. Her hair just fell off leaving bald patches on her scalp. She was so demoralized by the experience and had to wear a wig to work. The final straw came when she couldn’t conceive at the time when she really wanted a baby. Gone was her cheerful demeanor- she sank into depression and was constantly moody. Because she could not take it anymore, she resigned to take a break. And quite soon, she got pregnant. Not only that, her hair actually grew back. When she came back to visit us at the office, I looked at the curls- initially thinking that the wig looked so real. In her bubbly nature, she remarked, ‘eh, it’s my real hair! Don’t believe me? Come, pull it and see for yourself, hee hee.’ She could joke about something that previously brought tears to her eyes.

These are real case scenarios of people I really know who initially could not conceive but ended up giving birth after leaving their stressful job. Many doctors know about this and have been advising their patient to cut down stress in their lives if they want to conceive. It’s probably very true.

If you suffer from the same predicament, you may consider:

After all, during pregnancy, the mood and emotional well-being of the mother greatly affects the baby. You would want your baby to feel the love and affection even before he/she is born. And when you are happy, chances of carrying on with the pregnancy without complication and giving birth to a healthy baby are much better compared to a fast paced highly stressed environment.

To love in sickness and in health- a wife's enduring love
How to really cure chronic fatigue and constant tiredness at its roots
When you feel unwell and the doctors cannot find anything wrong with you
Stop running away from challenges and problems
Spread the love
Calendar 2022 (USA holidays with motivational quotes) is available for free download (pdf printable format).
Related Pages: Pregnancy  | Children |  ADHD/ Asperger/ Autism
baby, hair loss, pregnant, stress

Feeling Tired, Stomach Pains and Black Stools: Could it be a stomach bacteria?