In the book, Conversations with the Body by Robyn Elizabeth Welch, she mentioned that each tooth is energetically linked to a specific body part. According to her, the canine tooth is linked to the kidney. Here is the following quoted from her book:

‘Slyvia came to me riddled with cancer that had been triggered by the emotional stress of dentistry. Her dentist had been struggling for years to save a canine tooth as Sylvia felt it important to avoid having a bridge in her mouth. But in spite of their best efforts, the dental work was unsuccessful.

Each tooth is connected energetically to a specific body part. The canine tooth, for example, is linked with the kidney. Sylvia’s kidney reacted to the trauma and disappointment about her tooth by setting up a malignant tumour. ‘

Robyn is a diagnostic medical intuitive- she has the rare ability to see inside the human body and diagnose from its energy field- restoring the well being. For Sylvia’s case, Robyn was able to heal the cancer even though it had spread to the liver. There are a lot of other guidelines that Robyn had provided in her book that I find to be useful and worth trying.

I want to share with you 3 real life examples to support a connection between tooth and kidney problem. 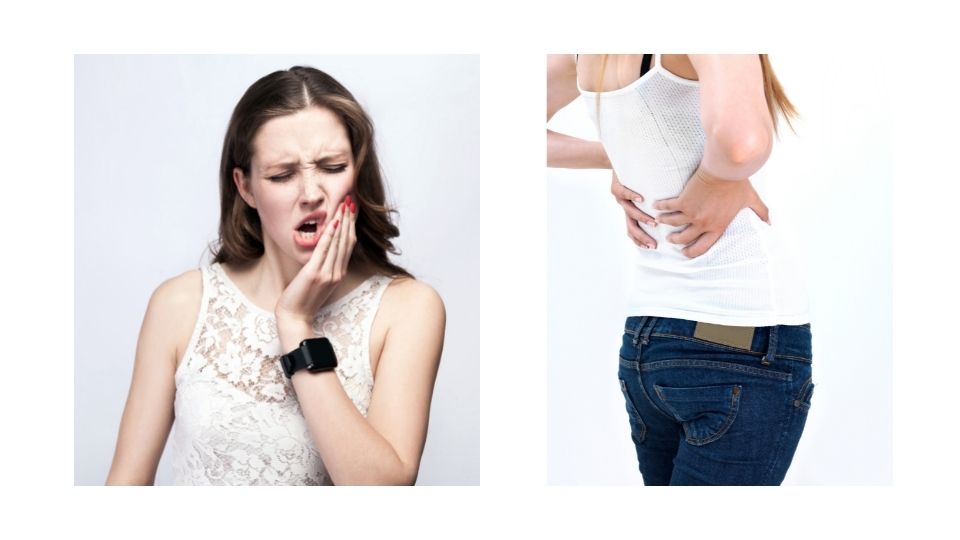 Case 1: My kidney pain- seemed to be related to a tooth problem

I have been experiencing pains in my right kidney for at least about 5 years. Normally, the pain comes in the morning when I get up and gradually goes off gradually after I visit the bathroom. But sometimes, when I drink too much latte or coffee, I can feel the pain.

The first doctor I went to could not find anything wrong with my kidney after UV scan- and he insisted I had constipation. Common, you cannot be having pain at the same area for so long? Even though I told him the pain is always at the kidney area- he refused to listen. Even though he is under private practice, I fancied he is more interested in money than treating people. He prescribed laxatives for me. Looking back, he is one of those doctors who inspired me to pursue routes of complimentary and alternative healing.

As the condition never improved, I subsequently went to another female doctor. She was a good listener and was kind- I always recommend all my friends to go and see her when they are unwell. Anyway, she recommended her husband, who is a urologist. Her husband was really good- he did another round of UV scan and blood test. And then because he knew I was worried, he ordered a special test to test my kidney function. The test requires me to drink a radioactive solution that carries a dye so that they are able to take X Ray of how my kidney works. The test result came back that my kidney functions were normal- no stones, no growth. However, he said my right kidney had an extra tube or something in it – but still, he did not think that it should cause me any pain. This specialist had listened to me- he has lots of patients but he was a good listener and explained a lot of things to me. Anyway, the bill was paid by my company so it does not matter how many tests he wanted to run- I just wanted to make sure my kidney was ok since my close colleague had nephritis.

This was a few years ago and till today, the pain is still there and it’s still a mystery. Not long after reading Robyn’s book, it struck me one day that I also had a tooth problem- but it is not my canine teeth. It’s one of my outer molar located on the top side- the molar had been giving me years of reoccurring toothache and infection. Due to the angle of it, food get stuck and rot- then later causes bacteria infection and I had to go for filling very often. The filling also falls off very fast because of the funny angle- the teeth grows 45 degrees instead of straight up- as the result, it pokes at another teeth. I have tried to do root canal to save it but in the end, I could not save the tooth. My dentist told me that I had to pull it out since it was shaky by that time and was prone to infection (even after the root canal).
If I recall correctly, the pain started around the time when I had the root canal done and got frequent after the tooth was pulled off. So, could both be related?

Case 2: My close ex-colleague who got nephritis also had a molar problem

My colleague had nephritis- it is an auto immune disease whereby her own immune system attacks her kidneys causing scarring and protein in her blood. She had to control her salt intake and be careful with food or risk complete kidney failure. To date, there is no known medical cure for nephritis- one can only attempt to make lifestyle changes to control it from getting worse.

So after I realized that I had the problem, I emailed her and asked her if her tooth gave her problem. Here’s her reply:
“I don’t have any problem with my canine teeth but one of my molar is disturbing me, the filling wasn’t done properly so it always feels a bit funny..”

Case 3: My mom- had her molar extracted

Years ago, my mom had a total of a few molars extracted because it was giving her a lot of problems- fall out filling, toothache. She subsequently developed kidney stone on her right kidney. She did not suffer from severe pain but since it showed up in the UV scan, the doctors had advised her to get the stone blasted. She had attempted to had the kidney stones blasted using laser for a total of 3 times. The stone cracked, and a bit of it was passed out in her urine. But the majority of the stone’s size still stubbornly remained. After seeing the amount of blood she passed out in her urine (lasting more than a day), she had agreed not to go ahead with more blasts.

Sounds like a strange coincidence. We all had problems with the molar. So if you do, you may want to examine further- there could be a relationship between the tooth problem and your kidneys. So if you have any tooth problems, please get it treated. Save the tooth if you can but get prompt treatment- visit your dentist twice a year for checkup even though you don’t have any problem.

“Take good care of your teeth as well. Many infections in the body begin from bacteria growing between the teeth, so be sure to brush, floss and use mouthwash after every meal to get rid of plaque and other organisms. When the teeth are not well cared for, they can affect their associated body part, as evidenced by the case of Sylvia, whose kidney become cancerous after her canine tooth suffered from unsuccessful dentistry. Find a holistic dentist if possible and get rid of metallic root canal filling material which may set up disharmonious vibrations in your head.”

Relieving lower back pain and pain in the kidney area