If we often give people silent treatment when we are not happy with them or just had a bad day and need to let out on someone, realize that each time we do that, we are creating huge dents in our relationship with them.

It is a horrible, horrible experience for anyone to be on the receiving end of the silent treatment. We may say that well, it is the way we are and they need to accept us for who we are.

But we must also accept that one day, the person would decide they just would not put up with this crap and leave or begin distancing themselves. If we expect people to accept us for our bad behavior, we also need to grow up and accept the consequences of our action.

Usually the silent treatment would not start in the beginning of the relationship where things are new and rosy. It would take at least a few months, sometimes years for such bad behavior to rear its head.

A close relationship is based on trust. By that time, the other person feels comfortable enough to open up to us. The last thing we should ever do to sabotage that relationship is to give the silent treatment when we are not happy with that person.

For example, that person wakes up in the morning, cheerfully greet us, only to be met with an angry face and stoic silence. The person tries again, and still silence. 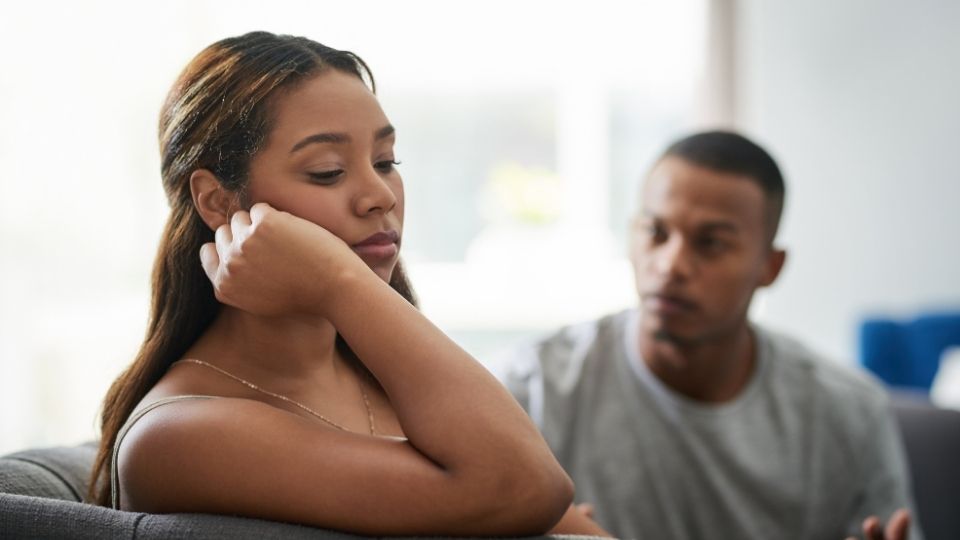 At first, all sorts of thoughts would go on in that person’s mind. They tried to dig hard into their memory for anything they could have done that had offended or hurt us.

In the beginning, confusion and desperation (because they care for us) may lead them to try to talk, beg and even cry asking us what is wrong.

This sometimes give the doer a strange sense of satisfaction and an ego boost. It also give that a kind of validation to continue when on with this behavior.

But sooner or later the other person would catch on and realize that issue is not about them. It is about us.

If we truly love or care for someone, we would not want to consciously hurt them. Sure, childhood trauma, neglect and abandonment blah blah may play a role in how we behave.

But if we do make an effort to change, we will eventually lose the person.  When we give silent treatment on someone, it breaks the trust. And trust is crucial in any close relationship.

How can we expect that person to trust us when they never know when they would be totally ignored without any reason for some periods of time?

Granted, if the other person is financially dependent on us, they may endure it. However, the light of love would be gone from their eyes. There is no more affection, and their actions felt forced. Their eyes no longer light up when they sees us.

And when the opportunity comes, most probably they will just walk out the door and leave. Leave us to simmer alone in our misery. We cannot blame them if that happens.

When I give others the silent treatment

I must admit, when I was younger, I too had problem regulating my emotions. So I would give silent treatment to some people whom I felt let me down, even though that judgment is mostly in my head. Most of the time I did not think they meant what they did. Not only I make the other person miserable, I myself was even more miserable boiling internally in the poison that I inflicted on myself.

However as I grow into an adult and entered into the working world, I find it is to my great disadvantage to continue this behavior. Not only caused me a lot of inner turmoil, but the break in communication resulted in disruption of work. So instead of getting angry inside and then resorting to the silent treatment, I learned to confront them directly for whatever they did that I felt is not right or made me upset. And I decided if I am not going to confront, then it means I would accept it as part of them. Learn to look at their good side instead of finding fault with them.

Being on the receiving end

Most people have been on the receiving end of silent treatment with I myself included. In the past, I have tried putting up. Yes, I could always see that silent treatment is a kind of coping mechanism for them as they could not process and deal with triggers that bring up memories of suppressed pain. I used to try to feel sorry for them even though their behavior has affected me and ruined my day (as such behavior are always targeted at one person).

Eventually I realized that I should putting up after seeing my compassionate response seemed to give them a kind of validation or green light to continue with their behavior. I still feel sorry for them but does not mean that I condone or accept that kind of behavior.  Now I set very clear boundaries and make them know that such behavior is unacceptable and that it is NOT okay.

Of course this only works if one is not dependent on them for financial, job, home, transportation, etc.

Don’t expect others to put up

We may try to justify an unacceptable bad behavior by giving excuses like we are the sole breadwinner and they don’t know the crap we need to put up to bring the dough home. Or we may be a workaholic who gives top notch work but the colleagues closest to us would get our silent treatment from time to time.

That explains in some cases why the wife suddenly files for divorce once the kids grow up. Or why our bosses and colleagues may throw tearful farewell parties for us when we leave but proceeded to ghost us soon after.

Silent treatment to others is just a deal breaker. It is a kind of emotional abuse. And it creates a deep grudge within the person who is on the receiving end. Anyone who had to feel they are stepping on eggshells when they are with us would eventually prefer not to be with us if they have a choice.

So no matter how we try to justify our behavior with bad childhood experience, it is NO EXCUSE. Especially when we tend to direct these treatments at people close to us and not at casual acquaintance. That is where we hurt the ones we love deeply by this behavior.

It is a real pity. We can do 100 good things but if we could not hold our crap together, this will undo ALL our efforts. Because the silent treatment leaves a deep impression in their minds and hearts.

It is better to do less and feel less burnt out than to do things with expectations. Rather than to do things with expectations of praise, and then other people do not react the way we expected, then we give them the silent treatment. Or if these people are people we wish to impress or are in a position of authority like our bosses, then we go back home and let out our silent anger to our family members.

I have known people who could not deal with the intensity of their emotions and try to regulate it by giving the silent treatment to others. And they wondered why they always felt unworthy and that no one seemed to genuinely like them.

Everyone has their own problems and we should not expect other people to always have to put up with us.

When people leave, it would further reinforce the deep seated feelings of rejection and inadequacy that are lurking beneath the surface. It is not that people are being fake or are making use of us. It is because the silent treatment hurts the person close to us whom we are directing it.

It breaks the trust.

And once trust is broken, it is very hard to mend. Each time we give the silent treatment, each time we cause the cracks go deeper. One day, it would reach an irreversible stage.

Therefore, the choice is in our hands. If we continue doing it, then be prepared to spend the end of our lives alone.

When what we want is never enough
It is wrong to label an underperformed left handed child as having ADHD
Stress and emotional fix using exercise
Earning big bucks or your mental health- which is more important?
Spread the love
Calendar 2022 (USA holidays with motivational quotes) is available for free download (pdf printable format).
anger, love