Doctors would prescribe medication after an operation or stitching of an open wound. The common medications are antibiotics, anti inflammatory drugs and pain killers.

It is compulsory to take the antibiotics and anti inflammatory drugs. However, the painkiller is optional….to be taken only if there is pain.

Failure to take the medication would result in bacteria infection and internal inflammation, leading on to fever…. and if left untreated- death.

When a person is experiencing internal inflammation, the person would develop fever. Now in usual cases of fever we would be suffering or even getting a little restless from too much of sleep.

In the case of fever due to inflammation,  it is very different. The person would just feel very sleepy and the urge to sleep is very strong. The person just feel like sleeping all the time and refuses to get up. When you see this sign especially after there is an operation or stitching being done, you need to be very alert.

If not, the person may just pass away in his/her sleep. 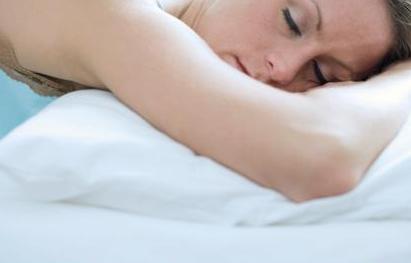 I have a few friends who lost their mothers suddenly… where they told me that their moms just never woke up from their sleep. They passed away at home. It made me wonder if it could be due to internal inflammation.

Recent experience of fever from inflammation

Last January, my mom had a fall and accidentally cut her little finger through a sharp steel structure which is part of a protruding door hinge. We immediately bundled her to the ER of the nearest hospital where she received 9 stitches on her little finger. Her finger was then bandaged up nicely by the nurse and we were given the instruction to try to keep the area as dry as possible. She was also given medication of antibiotics, anti inflammatory and pain killers.

My mom, having Alzheimer’s is of course forgetful. She got the bandage wet after visiting the loo. The bandage felt uncomfortable and she tore out the bandage, exposing the raw stitches. We had to bring her to clinic on subsequent days to put a fresh bandage, only to be tore out most of the time within the same day.

My mom developed a little cough soon after.

We also had some activities so there was a particularly day that she was out for almost the whole day with the hot weather. This is further made worse as there was some problem with the car that we were travelling in and it had to be sent for repair. We waited a few hours for another car to arrive to take us back. By the time we could go back, it was already at night.

I remember as we drove home at night, she started acting as if she in a daze. By nature she is a devoted person. She sat at the front and started putting up her hands in non stop prayer. Praying to nothing in particular as we pass the streets.

Then she came back she was still in a daze- it is as if she forgotten how to walk…how to put one feet in front of another. Her head was hanging on one side and she wanted to sleep.

The next day, she started developing fever. Initially it was not noticable as only the inside of her body like tummy area is hot whereas the forehead or hands were not so hot. Where usually she always wanted to eat, this time she refused to get up to eat. We gave her some food in the room for her to eat and that also it was hard to wake her up.

By the second day, it is still the same. She just slept like a baby.

I made a critical mistake of not giving her the medicine because I had wrongly heard to take the medicine only if in pain. My teacher was shocked when she heard that I had not given her medication. My mom was then forcibly bundled up to the hospital. When she was sleeping most of the time, when we tried to move her she turned aggressive and was literally screaming- she had to be forcibly carried to the car.

My mom was hospitalized for 3 days and 2 nights where she was being administered with medication and also being treated for her cough. The XRay showed that she had Influenza A virus, possibly being infected during the outing that day from her compromised immune system.

I fear to think that had we not send her to hospital in time, she would have just go off in her sleep. I am grateful to my teacher for saving her life.

My teacher shared that because she herself had experienced the feeling of wanting to do nothing but to sleep due fever from inflammation after an operation, she realized that it is a very dangerous condition.

Usually, I do my best to avoid taking antibiotics and it is my misgiving that had harmed my mom. I still do not take antibiotics when I have the normal fever, preferring to rest, take isotonic drinks and drink lots of water. However I now know that in certain situation, one need to take and complete a course of antibiotics especially after treatment of external wounds.

Just few days back I had a minor operation to remove an embedded wisdom tooth which require that they cut through my gums to remove the embedded tooth. I got stitches and was prescribed with anti inflammatory, a course of antibiotics and pain killers. Needless to say, I took my medication faithfully.