I read a viral post from Facebook that talked about a former COO (Chief Operating Officer) who shared the dirty going-ons in corporate life. When you are not liked by your boss, superiors or the management, instead of asking you to leave or offering you a severance package, what they would do is to make your life miserable so that you would resign on your own.

The person would be humiliated in meetings, being told they are not performing, and having another new junior person being promoted as their immediate boss. The trick is to make the person unable to bear the humiliation and mental torture so that that person leave on their own accord.

Companies also wanted to avoid offering severance package because they do not wish to have legal action taken against them. The best and easiest way is to make the staff’s life miserable so that he would leave eventually.

All the stuff he has described above, I have seen it happening during my tenor in the corporate world.

Eventually he realized he was losing time with his family and eventually resigned and became a seller at a flea market. He is much happier through decluttering his life and doing away with stuff that he does not need. Ironically he could save more money as a flea market seller compared to when he was a COO.

Stress from work place can lead to a host of health problems:

I use to know someone in a senior position who when he joined the company he was completely healthy. Within a span of few months, he developed uncontrolled high blood pressure with his systolic pressure rising above 200. He had to be hospitalized. After a series of tests, the doctors could not figure out why his blood pressure was out of control as he was leading a relatively healthy lifestyle.

However, I knew that senior management was trying to manage him out. Basically he was a kind man and he refused to participate in managing out certain people. Hence he became an obstacle and sadly the next target to be managed out. Psychological methods were being used to make his life simply miserable so that he would leave on his own accord.

The only thing the doctors could do is to put him on the highest dosage of high blood pressure medication. When the situation looked as it was in better control, he was discharged. The moment he came back to work, his blood pressure went out of whack.

According to the doctors, his life is in danger and he could get a stroke anytime.

In the end, he decided to resign without a job as he wanted live a quality life and be alive to watch his kids grow up. Fortunately his wife was working and they have some savings to last a few months.

Within a short while, due to his network, he got another job pretty quickly in an environment which he is being better appreciated. His health symptoms also miraculously subsided and his blood pressure was back to normal.

What if you are caught in a situation where psychological tactics being used to manage you out is making you stressed and sick?

I have seen colleagues who find themselves in the situation where they are being humiliated by being demoted, or being singled out for lashing during meetings or cold storaged. This is definitely going to make you feel very sad and depressed and if you are not careful, you may fall into depression and/or develop health problems.

Here are some choices you could make: 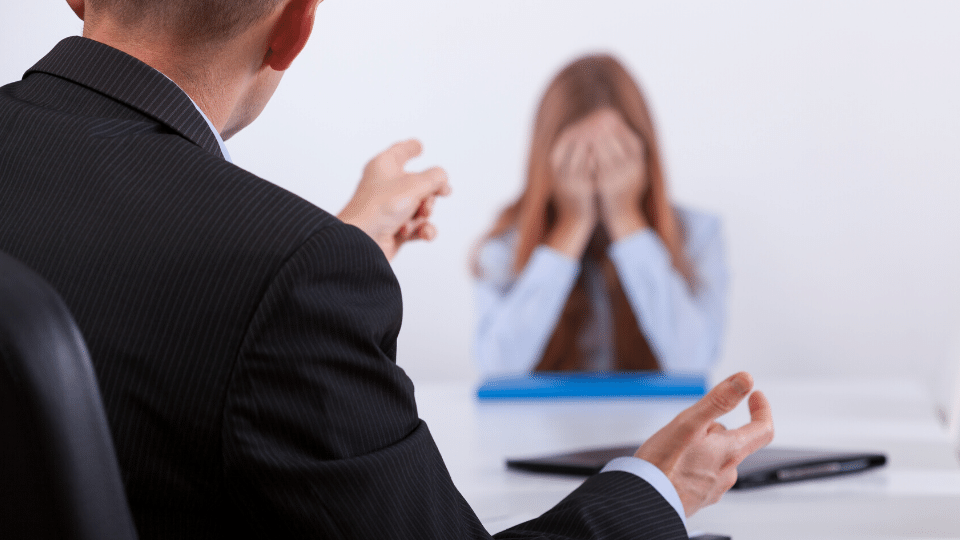 1. You could choose to resign

Plan your exit well. Network with others. Explore other job opportunities and resign only after you have signed the letter of offer with the new company. Part in good terms- do not throw the resignation letter to your boss’s face as much as you are tempted to do so. Else this may sit in HR’s records and come back to haunt in some future reference check of your future job search.

If you are resigning without a job, you need to plan ahead and ensure that financially you are able to take care of yourself for at least 6 months. Perhaps you are considering to take a plunge in business or vocation that you have always wanted to do but was never able to work on it so the situation may well be a ‘blessing in disguise’ as a nudge (more like a kick) in the right direction. But always have savings to back you up just in case…. especially if you already have commitments and mouths to feed.

2. Accept the changes (ie demotion, cold storage position) and work on other parts of your life.

It is not always people who got into this position are non performers. I have known of friends who had given their heart and soul to their careers, only to be cold storaged or demoted because they did not do what Management wanted them to do, such as implementing unworkable ideas or manage out certain ‘targeted staff’. In other words, their fate changes because the new top guy simply do not like them.

This period is definitely hard to bear. Those who are affected suffered a total loss in confidence… they are no longer as outspoken and dedicated as they used to be. When they have given so much of their time and life to the company and realized that all their contributions and hard work meant nothing. Yet it is hard to resign because due to their seniority, their salary and position may already be too high that it is hard to get another job of similar salary elsewhere. And usually management may make the demotion obvious hence other staff would also know about it too.

It is going to be tough and during this terrible time, your health may take a beating and you may get hospitalized for a host of health symptoms and depression.

If financially you are not able to leave the workplace, learn to change your mindset. If it is a demotion or being cold storaged, well, look at it from the point of view that it is the same old salary yet the job is 10 times lesser. Meanwhile, do the work that is being given while try to network around and get to know more people in your organization. You may find new opportunities for alternative positions in other departments.

If they are trying to find fault with you, document the cases so that you can consider taking legal action should they fire you or make your working life unbearable.

Be humble and stop letting the pitiful looks of colleagues and the sneering look of superiors bother you. People forget about you after sometime and move on to the next piece of hot news in no time.  After the sadness has passed, you may grow from the experience. I have seen that ironically being demoted was a wake up call in life that a few friends changed their focus to their personal life. They work to get their bodies in good shape and improve their health, and they go back on time to spend time with family and they growing kids.

Being in that situation also made them develop the empathy and compassion that they previously may be lacking. Eventually I know some who found other positions within the same company (under different bosses) through their network because they did not resign immediately but was resilient and waited.

What if you are in the position where you have to manage out staff?

I firmly believe it is wrong to break people’s ricebowls because I have worked long enough to see many of these rice bowl breakers get it back in their careers. If not, it would be at their personal lives.

Once, many years ago, I remembered being called into my head of department’s room with other managers being present. They informed me that they wanted to manage out my immediate team leader who was not performing. They wanted to put me in the team leader’s position which I had absolutely no interest.

Yes, my team leader then was really a non performer. She had type I diabetes which required daily insulin injections and yet she never controlled her food intake and constantly went on medical leave. She also talked more than she worked and was insecure about me because I had better work performance.

Yet, I absolutely refused to help them to manage out my team leader. I asked my big boss, ‘if I helped you to do this, what is going to happen to her? She would get fired right?’. She could not answer me. I told them I will not do it because I am not interested in her position and also because I am totally against breaking a person’s ricebowl.

Management also played their own game and tried to constantly make her feel insecure to drive a wedge between us. They really tried and after 18 months of knowing they will not get their way with me, they drive a wedge strong enough that eventually my team leader stabbed me at the back and got me transferred back to my previous position. I felt betrayed as I had supported her, for example jumping in to help so that management was not able to find fault with her.  My position was replaced by a young and ambitious girl. After a month, the team leader lost her role and the girl replaced her.

Do you know that eventually, the game players eventually got themselves managed out in a similar way. They eventually met with bosses who somehow disliked them and also managed them out.

Therefore my advise is try to avoid being in the position that one of your job description or expectation is to manage out people. Or work as a consultant who is bring in by a company to offer mandatory severance package to staff due to downsizing or automation. Sometimes those in senior positions whom I know became the target of being managed out because they could not bear to go against their conscience to manage out staff that were ‘marked’ by management but whom they feel is not justified.

Yes, because of sticking to their principles they were miserable for a while because they find themselves becoming the next target. They suffered health problems because of that. But eventually they left and find themselves in a much better job.