I am not anti into listening to songs or music. The purpose of this article is not to persuade you to stop listening to music but to be more conscious when you are listening to be aware of the possible subtle messages that you are absorbing.

In fact, I grew up listening to songs like rock ballads and pop songs.

I sensed that when a person is too engrossed with sound cancelling expensive headphones hypnotically playing the song directly from the ears into our mind, the subtle messages gets ingrained into the mind of the person.

If you read the lyrics of the most popular or those of your favourite songs, it would not be surprising to find that the message (direct or indirect) presented in the song is negative and some, outright dysfunctional.

When I was younger, I needed the music to boost me and give me energy and the motivation while studying for exams 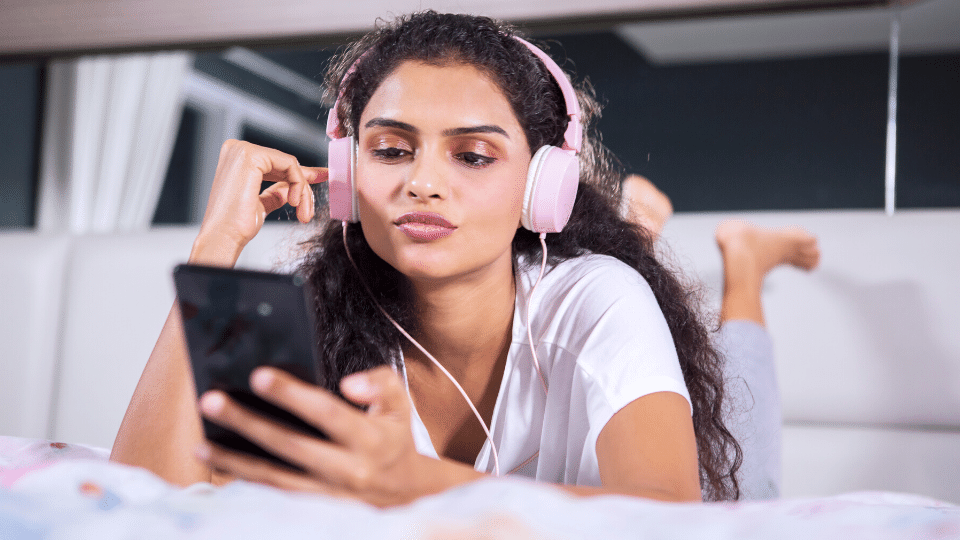 While preparing for my pre university exams years ago (I absolutely hated studying), I listened to Andrew Llyod Webber’s Starlight Express album extensively. Starlight Express is about a group of trains racing to see who becomes number one. In the end, it was the steam train, Rusty who have won against all the other powerful trains out there. I had to believe that if Rusty the humble charcoal powered steam train could do it, I could do. I could pass the exam. There are also songs in Cantonese with the theme that spoken of rising against the odds.

Those songs helped me to pull through.

However, I also listened to rock ballads and pop songs- what I found was that these songs somehow drained me and sometimes make me feel a little depressed. Especially a sad love song or a song with dysfunctional theme. Even if it is happy love song, listening to it can make a person who just broke up to feel very sad.

The effect becomes stronger when you are listening to songs using headphones, and now we have the best noise cancelling headphones which makes you oblivious to surrounding noise (can be dangerous to use when walking or jogging in a street). When I was 15 years old, some of my friends also told me that some songs, when played backward, carried the message from the devil. Thus repetitive listening would slowly alter the person’s behaviour.

Why I stopped listening to songs during exercising

In the beginning, I did what most people do. I plugged in my earphone while exercising outdoors or in the gym, or watched my favourite music clips if I am exercising at home.

Granted, the songs can help boost one’s energy and one want to exercise more.

However, I find that after listening or watching the videos, I felt more drained and often more negative.

At first, I thought was because I hated the exercise. But isn’t exercise supposed to have a destressing effect on our body?

After a while, I started to suspect it was related to the songs that I am listening to.

I decided to stop listening to songs when I exercise. Instead, I use the time calm my mind, often with recitation of my religious chants (I have some fixed sequenced which I had memorized which can last between 15 to 30 minutes depending on the chants and repetition).

Of course, it may not be for everyone. To be honest, it took me at least a year before I got comfortable in doing this. And once I got comfortable, exercise become therapeutic, made me more focused and sometimes solutions to problems arose during or after my exercise seasons. The positive and energizing effects far surpass any effects that music or movies can do to my well-being.

To others, you may try to listen to other things that instill a positive message such as gospel music, or a self help audio book.

Is your music listening habit contributing to your depression or drama addiction?

On and off, I find myself having addiction to drama shows, either the Hong Kong TVB or the Korean KDramas. I would binge watching, then something came up to interrupt the cycle (a travel or the fact that I must get up early to go to work). Then few months later, the addiction came back.

So I start to trace back- what that I do that led to the addiction?

You know what, I realized each time without fail, it started with watching my favourite music videos on YouTube. Some subtle messages must be imprinted in my subconscious.  Or I started feeling disconnected and wanted to ‘zone out’.

I become more alert and minimized the time I spend watching the videos/listening to music. Thankfully, my addiction to TV shows has drastically reduced. I could walk away from a good show if there are other things that I need to attend to.

Another incident I noticed was my stress levels at work. It always started innocently enough- I felt tired and thought why not I destress and relax by listening music (with headphones). The effect usually ended up draining me more and making me feel overwhelmed. I would have done better if I were to take a short break.

If you find yourself going through the bouts of addiction to TV/porn, depression, unable to control your emotions, feeling very discontented or having substance abuse, please check if you are the type that constantly either have a headphone or headset glued to your ears or a perfect sound system blasting away in your crib.

Overall, I could see the huge jump into addiction and depression from the cries of people asking for help in forums. And also an increase in suicide and crimes being committed. Most of these folks are not living in poverty, neither are they worrying when the next meal would come from.

In order to have inner peace, we need to be able to quiet down our minds. To bring the mind into a state of peace and contentment.

How to achieve calm and peace if we always have music blaring away in our ears, with the hidden (often negative and self defeating messages) getting subtly imprinted in our mind in daily small but lethal doses? 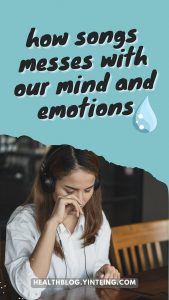 8 Common Misconceptions & Fears about Strength Training
How You Sweat May Indicate Your Fitness Level
If you quit the gym does not mean you would drop out from exercise
Signs that your body's storing more toxins that it can manage
Spread the love
1
music, watch tv