Most of us trying to juggle to do too many tasks all at once. The wonders of multitasking:

In the end, we wondered why we feel so tired and lack of energy. Our attention is everywhere but really no where. We may think this is productive, trying to get things done at the same time, but in reality, it really isn’t.

Think of the best and happiest memories in your life? How were they spent? I am not sure about you but I remember a lot of the meaningful time when we always had tea as a family- we would eat simple and inexpensive tea, biscuits, etc but we are together as a family- no papers, TV, phones…..nothing. We share on our lives and talked about things that mattered. If there is an issue bothering one of us, we brought it out.

Today, I see everyone immersed and fully concentrated on their iPhones or Samsung phones all the time. Even during workouts they are checking messages and updates. When a group of people are at the table supposed to be enjoying their meals, they would be seen busy taking photos and updating their Facebook status. No one is really paying attention to each other. 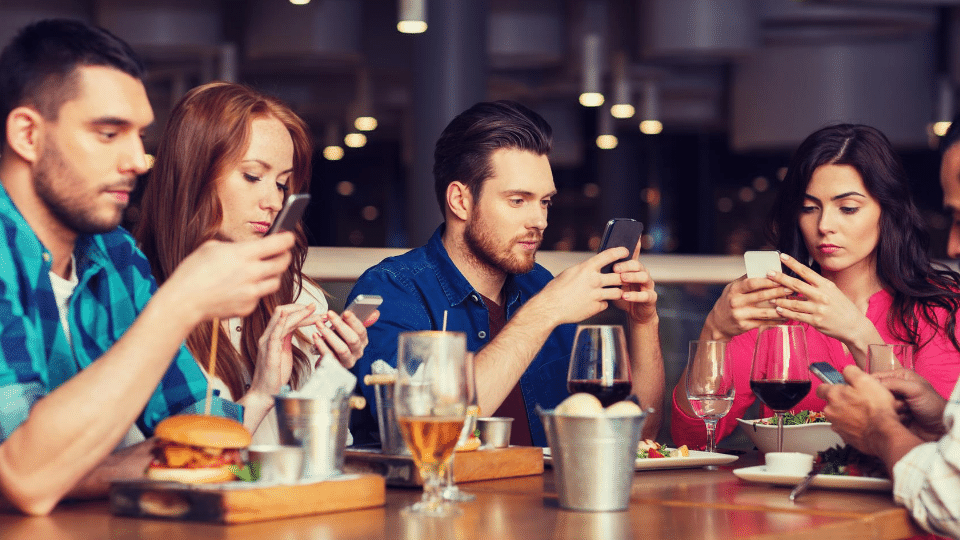 In the distance future, these would fade off our memories. As we were multitasking, being physically there but not really there- our brains would not be capable of retaining these memories. Because as mentioned, we were not really there.

We would miss out on the important times of our kids growing up years and their baseball game. We would miss on their little prize giving ceremony or the play they did for their school performance because- we became too obsessed with our phones and updates of people who by right should not have mattered as much.

Sure, these ‘memories’ are captured and externalized digitally. But at that point of time when we are not there, we would savour the true wonder of that moment. What does it takes us to know that it is the memories that gets internalized in the heart that matters. And for that, we have to be physically, mentally and emotionally there and present to savour the moment.

Ask our grandparents- during their younger days, they would perhaps have one or two faded black and white photo to call their own. But they would be able to tell you the events of their life with clarity and detail. Because the memories are embedded in their hearts.

For the most of us now, life passes us by in a blur. Even though we are young, we are getting more forgetful. Trying to multitask, focusing on the wrong things, and not being really there- that probably are the main culprits for our ‘failing memory’.

I read this real life account in our local Her World magazine- a woman shared that she used to be so rich, indulging in luxurious lifestyle- buying designer clothes and hosting parties at her rich, big home. But unknown to her, her husband’s business were suffering and he had no heart to tell her that he could no longer afford the luxurious lifestyle. So he borrowed money from loan sharks and he even mortgaged off their home and cars.

In the end, the loan sharks came chasing for payments and her husband disappeared, trying to escape the loan sharks. She shifted back to her parents’ home, doing catering business to support her children and she was back to the poor person she used to be before she had gotten married.

But what she learned was, friends who used to come to her parties and borrowed money from her are now treating their family like lepers.

A lot of gliz and glamour are impressive at first, but they fizzle off like dew with the rising morning sun. When we are successful, capable and of use, it becomes difficult to tell the true from false. It is not to say that every human being is like that. Just, don’t throw out too much energy, feelings, money and time at the wrong direction.

Why You Should Overcome Hostility
When Treating an Illness, Treat the Mind as Well
No matter how stressed you are, there's a way to work around it
How to overcome addiction to Candy Crush Saga
Spread the love
Calendar 2022 (USA holidays with motivational quotes) is available for free download (pdf printable format).
facebook, smartphone, stress

Overcome your fears that stop you from exercising
Herbal remedies towards cold, chill and rising fever works better