This story is shared to me first hand by a friend of mine not long ago. When I know him, he was already a very responsible, honest and relatively successful in both his career and his life. He shared with me that prior to this, he was not the person he used to be.

He shared with me how by starting with little acts of kindness, not only it has uplifted his mood and make him a happier person, his wealth, career and personal life also improve tremendously.  He fells very happy and fulfilled that he totally lost interest in gambling. I feel this story is too good not to be shared out and I wanted to write this as his words is still fresh in my mind.

Here is his story….

When he was younger, he was addicted to gambling. He also did not have a clear sense of direction in life and is not really a goody good type. He would splurge the money he earn on expensive meals and impulse purchases. 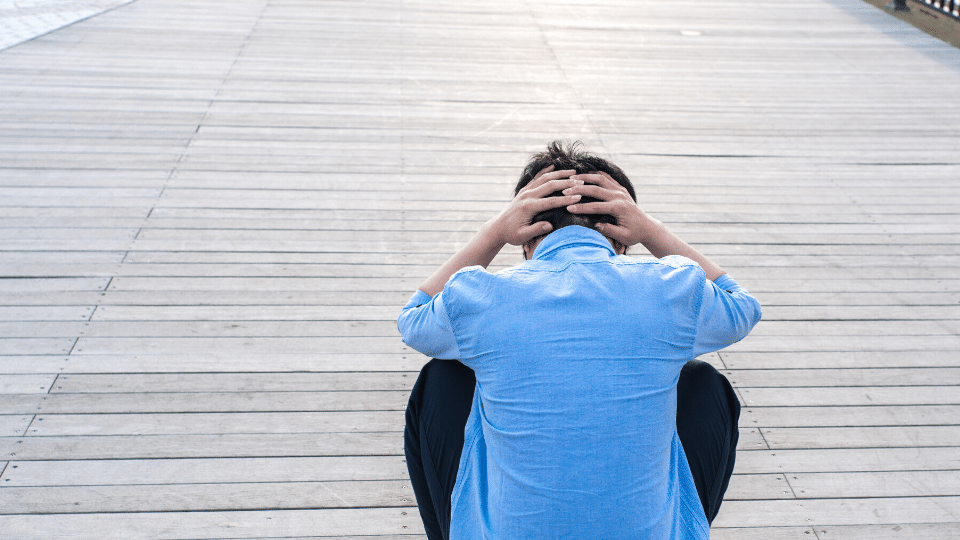 It came to a stage where he hit rock bottom and was broke, jobless and saddled with young kids to feed. Fortunately his wife was working. He was also feeling depressed. One day, he meet a man who was successful and kind. He noticed the man has the quality of filial piety and also he was very charitable and constantly doing more good deeds. So he thought to himself, perhaps he should do the same too.

When he was younger, he had spend many years working in a bread factory in Singapore. He had to stand for 10 hours almost each day- as the result, he had felt he has weak lower limbs and pain at his knees.

He decided he wanted to purchase some live frogs from the market that were about to be slaughtered and save their lives. He thought about the frogs because frogs have strong limbs compared to his weak limbs. At first, he was quite poor so he bought one or two frogs to liberate. He chanted Buddhist prayers and transferred merits before releasing the frogs.

And then, he thought about buying fishes to liberate them at ponds located at temples. Usually no one would catch and eat fishes at areas that are marked as liberation ponds- hence all these fishes would grow to huge in sizes. At a particular temple, he mentioned that the fishes were huge that he thought if he was to buy live fishes from market and release it there, the fishes would end up being eaten by these big fishes…. and from saving life, it would in turn be killing lives. 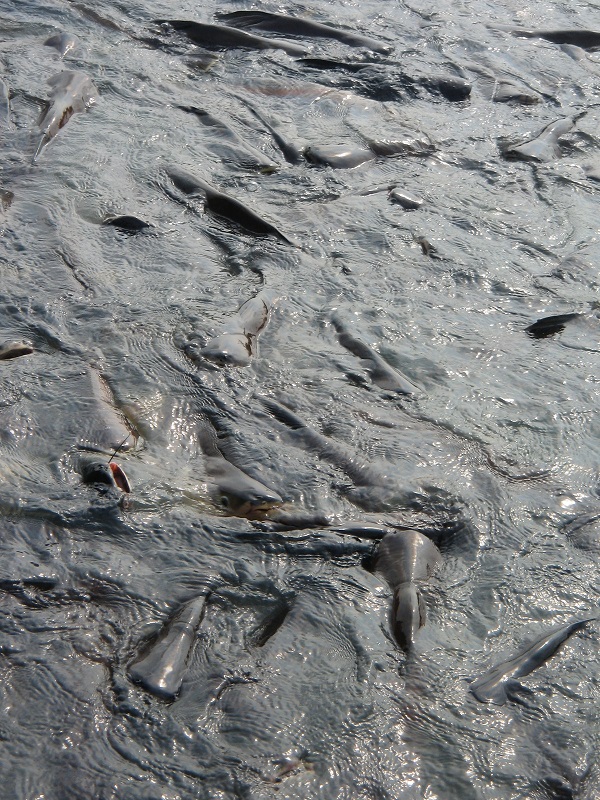 So he thought of another idea…. why not buy some fish feed to feed these fishes? With that thought, he would buy a huge gunny sack of fish feed and then feed the fish. The fishes are often very hungry. He figured that he could also save lives that day- because if the big fishes are full, then they would not need to eat the smaller fishes. He also called along his family and relatives to come and feed the fishes where he would sponsor the fish feed. The kids would be very happy feeding the fishes.

Gradually, his life got better. He was able to land in a job of a real estate agent. Initially he struggled but soon the sales started to pick up. With the increased in earnings, he also increased the scale of his life liberation work.

When previously he could afford to buy only one or two live frogs to be released, he now could buy the entire cage from frogs from the seller which is not cheap….it cost up to a few hundred bucks. Even though it is quite expensive, releasing the frogs filled him with a very happy feeling. He said that usually when he released the frogs, they do not jump for their lives straight away. They just paused as he chanted his prayers and then they were still and even let him pat their heads. The frogs would then move away and paused and sometimes move back towards him, as if in gratitude.

The strange thing is after a while…. he stopped having knee problems and his lower limbs no longer felt weak.

After a while, the guy who catch and butcher live frogs started coming less often because he said business was not that good. So he could not get the frogs anymore.

That did not stop him… he then started going to a temple to offer food to monks about slightly more than a year ago. As a real estate agent, his timing is quite flexible. He would get up early and fry some eggs or prepare some other food. Then after he dropped off his kids to school, he would stop by at the temple to offer the food that he had prepared for the monks. He told me that after all, between 9am to 11am he is free….why not he make good use of the time rather than wasting it?

Sometimes, there are lots of extra food that are not finished, he would pack them and then send the food to a nearby orphanage with 60 kids.

I commented to him that most people would rather spend their free time shopping, sleeping, surfing net or watching television. It is admirable that he wanted to make good use of his time.

He said that he could really feel the improvements in his life through the power of his good deeds. It is not the amount- but the sincerity and the frequency that one choose to do good deeds. Previously he said that he was often misunderstood by people- by doing nothing wrong, people also misunderstand him.

Now, he said his life is much smoother. He does not get misunderstood by others now. He mentioned to me that nowadays, he could close sales quite easily, often without even needing do a lot of work before he could land in the sale. He can even filter by asking the prospect to go and survey the place first and call him back if he is interested. And the prospect does call back. He was told by a few customers that even without meeting him, they felt they trusted him through his voice and the way he explained something.

It is true because he is really quite a honest person.

His advice is that we make our own luck. Many people just pray and rely on external forces to make their lives better. It does not work for most, and even if it worked, if you do not make continuous effort to sustain the good fortune, it would be gone in one form or another…. for example, a person may get rich but ended up with ill health or family that does nothing but fight for inheritance.

Having more wealth is not the main motivating factor that make him do good deeds. The main reason why he continued to do good deeds is because the joy and happiness that comes from helping others that filled his heart. Money itself would not be a long term motivator. He is a much more happier person and is contented with what he has. He said he just lost total interest in gambling, when he was quite addicted to it in the past.

He also no longer find the need to spend lavishly. If he has extra money, he would rather use it to buy some live animals to release, fish feed or do use it to do other good deeds. He only dressed in simple and functional clothings instead of expensive designer brands.

I really agree with what he said because I’ve personally experienced this before. Almost 20 years ago when my mom underwent radiotherapy treatments for her tonsil cancer, she was so weak. I felt so afraid of losing her. Then I came across the advice of liberating lives. I would go to the market and carry a pail and buy live fishes that due to be slaughtered ….and asked them that I want the fishes alive. I bought what I could afford.

Then I came back and fetched my mom to a pond and went with her to let her release the fishes. Like my friend, I also say my own prayers before releasing them…I would transfer the merits as in Buddhist tradition. At that time, my mom was feeling weak and unwell, but her eyes lit with happiness…she would wish them well before she poured these fishes to the pond. It is strange… when you first pour these live fishes back to the pond…for a few seconds, there would be stillness….as if the fishes were like in shock. Then it sink in that they are having their freedom and would start swimming with happiness. I believe while at the market the fishes would have sensed their doom as many of them do try to escape by jumping over the containers only to be caught.

I have also bought tortoises…. not the type to be sold as pets but the type that are to be slaughtered at the market….I bought them alive to release them.

Even when I was doing that, there was no reassurance that it going to help prolong my mom’s life. It does not take away the fear. The happiness and peace, as described by my friend, cannot be expressed with words.

Yes, you would probably spend about 10 to 50 bucks buying life fishes and animals just to release them and then your money is gone. But you may probably spend on buying material things that you do not need anyway and do not bring you any happiness after the initial buzz.

But this feeling…. the feeling where you see frightened beings on the verge of being killed and are frightened…. and the shock and joy of them at being able to have freedom is indescribable. Through repeatedly doing this, something in your heart would change. And this change would manifest outwardly in your expression, non verbal cues and words changing the way people feel when they are around you.