Sometimes during pregnancy, the mother may develop strange symptoms or even illness that cannot be explained. Often these illness would go off after the child is born.

I want to share with a real life story of a lady who had a string of unexplained and strange conditions when she was pregnant with her first child. The lady was a nurse by profession. She had developed strange conditions- not the usual morning sickness or loss of appetite but life threatening conditions.

The events shared in this article were the choices that the lady had taken- it may not apply to anyone who may be experiencing these symptoms. Always consult with a doctor and in the event, make your own choice ….

At about 3 months when the lady was pregnant, she went for her usual check-up. The doctor noted that her abdomen is bigger than the months of gestation. In 3 months, her stomach looked like one of a 5-months pregnant woman.  When the doctor asked her if there were any movement, she said she could not feel anything.

During that time, the scanning provided by ultrasound was very basic. The doctor concluded that she was having a molar pregnancy- means what that was  growing inside her isn’t a real baby but probably just lumps of blood. The doctor prescribed a termination of the pregnancy (bear in mind that abortion is not legalised here  and for a government hospital to agree to perform the procedure, it means it is with strong justification).

When she protested, the doctor told her, “you are a trained staffnurse. You should know this better.” Yes, knowing intellectually and accepting with the heart is different.

The doctor wanted to schedule the termination on the next day. But the lady had refused to sign the consent form- instead she tried to buy time.

In her heart, she felt devastated with the possibility that it was not a real baby growing inside her. She was crying at the pantry. A female attendant of the ward (usually known as “ah mahs” approached her- she told the ah mah that the doctor thought there was no baby inside.

Feeling sorry for her pregnant colleague, the ah mah asked if she believed in a medium (bomoh). The lady was desperate and willing to try anything. So the ah mah took the lady through the small roads, with lots of turns here and there- deep into a village. There, the medium (bomoh) was a very old lady. She asked the lady to drink some water from a coconut and then proceeded to feel her stomach. She them proclaimed, “itu anak ada kat dalam. Tak usah buang.” (there’s a real baby inside, no need to abort).

The lady was overjoyed with the answer. Yes she was a trained nurse but she also was a mother-to-be.

Things went on okay for a while but the new mother started to develop some swelling in the legs. And she found strange that there was a strange sensation with her eyesight- the kind of sensation similar to how our eyes see when we go indoors after being out for sometime in the sunlight. The difference is that she felt that darkened vision all the time even though she was not out in the sunlight. But daily work continued as usual.

One day, a patient in her ward was due to be sent to the eye clinic using a wheelchair. But there was no attendant free to send the patient so this lady pushed the patient to the clinic. So happened while at the clinic the lady bumped into a medical doctor who used to work with her. After exchanging greetings, the pregnant lady asked if the doctor could help to check her eye for a while because she always had the sensation of ‘cobwebs inside her eyes’.

The doctor shone his torch into her eyes and got a shock at what he saw. He then started to call other doctors to come and have a look.

Eventually, the superior saw the lady and found that she was having papilledema due to high intracranial pressure. It is a life threatening condition- where the pressure build up in the skull and eyes were so high that one fall could kill. The lady was admitted to the neurological ward and was prescribed steroids- which she had been dilligently throwing away because she did not want to have the medication to harm her baby (her nurse friend eventually told her later that papilledema is a very dangerous condition and she could have died for not taking the medication).

The doctors did not really know how to go about her condition. They wanted to perform a carotid angiogram to find out what is wrong. It involves injecting a lightly radioactive coloured dye and allow the dye to travel around the head and neck to try to figure out what was wrong. Again, a ward ah mah quietly advised this lady not to do it ‘missi tak usah buat, ia sangat sakit. I bawa patient pergi buat, selalu dengar patient jerit jerit. ‘ (nurse, please don’t go through with it. I used to wheel patient in for the procedure and I always hear them screaming very loudly)

She tried to get herself out of the situation- so she asked the doctors, “how many percentage of the radioactive substance cross over to the placenta to the baby?” The doctors could not answer. She then said, “why not like this, after I give birth, I come back and do the test“. The doctors agreed.

The doctors also suspected that she may also have cryptococcal disease that may be caused from pigeon droppings or pooh. It was due to the fact that there happened to be another pregnant lady who was admitted due to that. The doctors insisted that she had to do a lumbar puncture to take a sample of her spinal fluid for testing.

She could get away with the carotid angiogram but not the lumbar puncture. And so she thought that it is a simple procedure- but on the day of the procedure, a team consisting of specialists, medical doctors and nurses gathered around her with emergency equipment. Do you need so many trained medical personnel to standby just perform a simple lumbar puncture?

As it turned out, due to her high intracranial pressure, there could be a possibility that when a small hole is punctured, the pressure may cause the conning of the small brain or brain herniation… that results in death.

The test result came out normal. Soon, the pregnant lady was discharged and given medical leave until delivery. But the lady was not aware of the real danger of her condition. She went about marketing, watching movies and eating durians at home while awaiting delivery.

Delivery of the baby 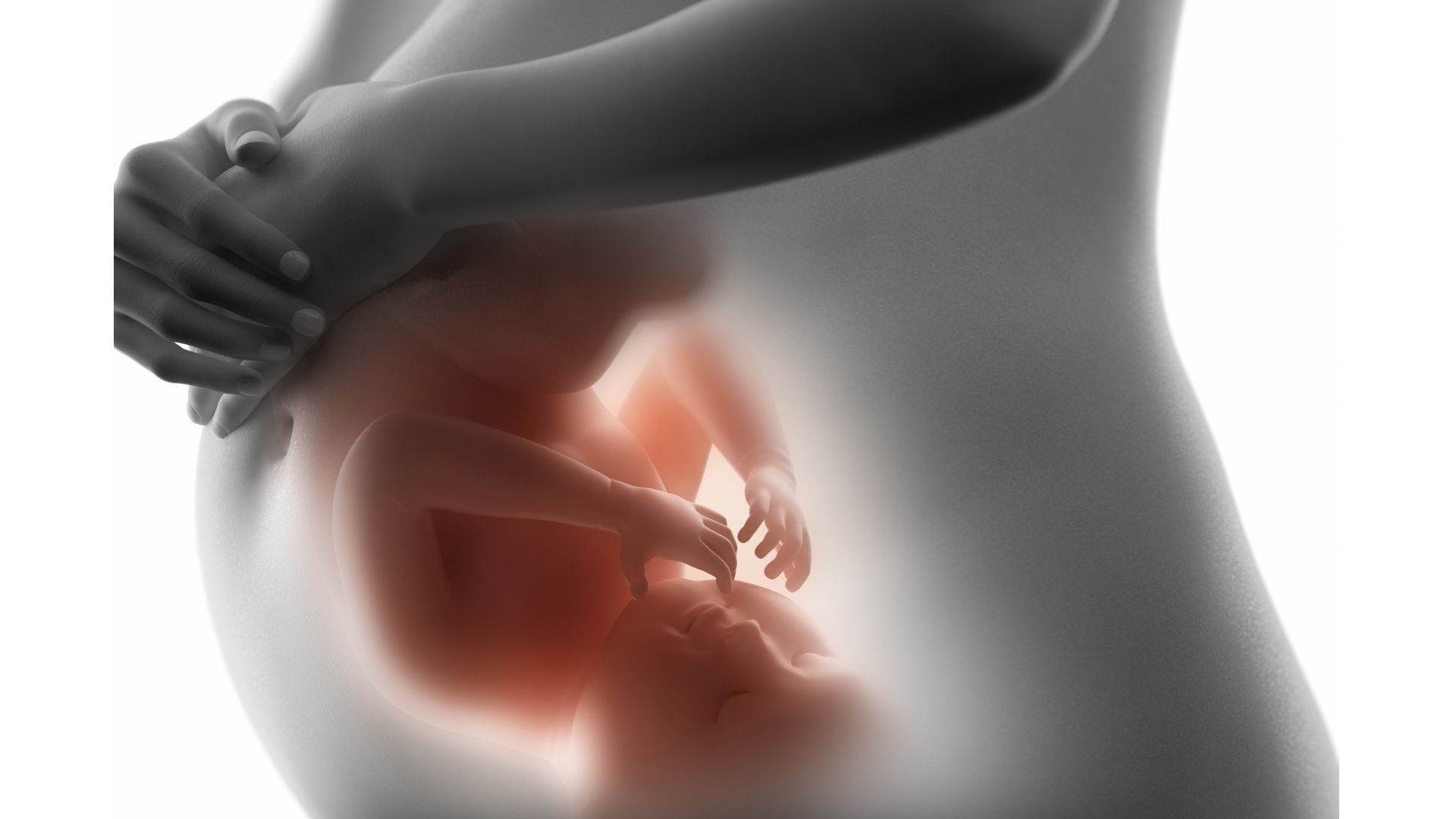 After about 8 months plus staying in her tummy, it’s time for the baby to be born. The lady was at home when her waterbag burst. Her husband sent her to hospital to prepare for the delivery.

The lady did not have labor pain. So they tried to induce labor with pitocin but still, no labor pain. As it turns out, the shape of the baby’s big and rounded head failed to push to induce labor. When almost midnite, there was fetal distress and the mother had to be wheeled into the operation room for an emergency operation.

Finally, I was born into this world- decades ago. Yep, the baby in question was me  ; ) ….. and the lady is of course…my mother. My mom’s pregnancy with me had been a strange one. After I was born, her condition- high intracranial pressure…. just disappeared.

You know what, two years before my mom was pregnant with me, she was dating my dad and working in the hospital. Her colleague nurse who was pregnant at that time, often suffered painful swollen legs. My mom would be scheduled for morning shift with a date after that- and the woman who was scheduled for afternoon would not be able to work due to painful swollen legs. And my mom would be asked to take over. After a few times, out of frustration, my mom proclaimed, “next time when I am pregnant I want to take medical leave too.”

And so when my mom was pregnant with me, yep, she was on medical leave. For almost 6 months with life threatening condition. Due to this, my mom brought me up never to call in sick when we are not sick.

Anyway, it was not the end of her troubles after I was born. I cried all the time– from dusk till dawn. During the day time when the sun rises I would sleep soundly and then as it is approaching night I would start crying non stop till the next morning. The old ladies tried all types of remedies and old folklore practices but nothing worked. Only after 1 month after my full moon that I finally stopped crying.

I would say that it was an adventure….and phew, a close call. To think that I could have not been able to publish this article had the doctor went ahead to terminate what he thought was a ‘molar pregnancy’ (due to the lack of diagnosis tool those days).

Reason I share my real life experience is to make you see that not all diseases or illnesses can be explained. In pregnancy, sometimes the mother may develop medical conditions that just could not be explained. These conditions may go off right after the baby is born.

If you are pregnant with unexplained condition but not too dangerous, perhaps these conditions would go off after you give birth. If your gynae is not worried, perhaps its best for you to take things easy too.  🙂

Getting back to Exercising Again after having a baby
Inability to conceive a baby could be due to stress
The bad consequence of having an abortion
How Hollywood celebrities slim down
Spread the love
Calendar 2022 (USA holidays with motivational quotes) is available for free download (pdf printable format).
Related Pages: Pregnancy  | Children |  ADHD/ Asperger/ Autism
pregnant

How I was nearly not being born

Getting back to Exercising Again after having a baby

Why a child should never laugh or tease another child