There is a guy (on the obese side) who I sometimes bump into at some yoga based classes. When I randomly go for a class on weekday and a Saturday, he was in my class. He has been diligently doing his best for the past month or so- and I sincerely hope he would stay on the program and don’t give up. Even the instructors also sort of take a liking for him and gently coax him to do the easier movements. (Update @ Sept 2012- the guy is now spending more time on cardio machines- it is a coincidence because I am too. And with his preseverance, I could see he lost quite a bit of weight- at least between 7- 10kg from the time I first wrote this post)

I feel happy whenever I see those who are overweight or obese person making the decision to start exercising and leading a healthy life.  That they have started and wanted to do something about it.

If you are overweight and is determined to lose weight, don’t be deterred by the fit bodies that you see in the gym. Don’t feel overwhelmed and tell yourself that you will not reach there- their goals and yours are different. Place health as the single most important thing.

It’s okay to be alone

Stepping into the gym the first time, you will probably feel intimidated- especially if you go alone and have no friends there. Often for every worthwhile goal, we often have to go to it alone. The best is to have motivation coming  from within- instead of constantly seeking out friends and family to accompany you.  It’s okay to be going to the gym alone- if you look around, you would notice a lot of people are quietly exercising on their own, running at the treadmill, the stairmaster, stationery  bike, etc. Even for myself, I’ve always preferred to go an exercise by myself- it is a time for me to calm down, be silent and destress- rather than hanging in the changing or meeting area chatting away. Set a target that you plan to achieve on that day and once you have done your thing, well, it’s time to go back. 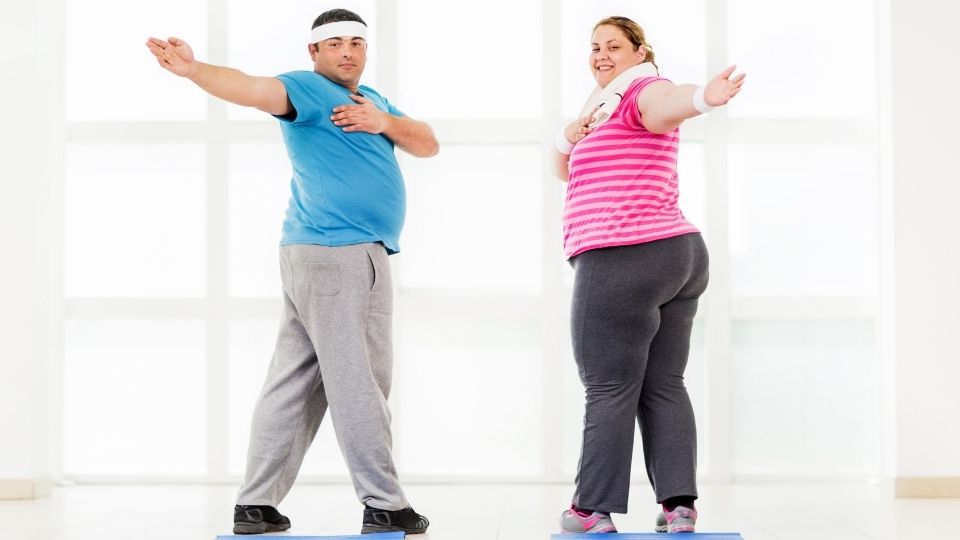 During the beginning of any fitness program, if you have not been active for a while, you need to give your body time to adjust to exercising. You would be setting yourself up for failure if you straight away jump into plyometric or intermediate cardio classes like Body Attack. Few session may scare you or worse result in a sprained muscle which may give you an exercise phobia.

You may start by using the cardio exercise equipment- when you first sign up for a gym membership, you should be able to obtain assistance from the staff to teach you on how to operate the cardio machines. Start slow and steady first- if you put very low resistance or low speed, then do for longer duration. After that, slowly build up the speed of the treadmill and/or increase the incline. When I exercise using the machine, I always set a target calories to be burn for myself (because I find more motivation in that way). I do not care how long it takes but I only leave once I achieve my goal. And try not to talk yourself out of it when you want to give up halfway- stick through it and you will feel better about yourself.

If your gym provides TV shows, go when your favourite program is aired- put in the earphones and walk, lightly jog or cycle away until the program finishes. Just 1 hour and you get the entertainment and satisfaction of knowing you are moving towards better health and a fitter body.

For those who are starting to feel bored with the machines, try joining exercise classes (most gym should have them).  Start from beginners class- and slowly but steadily build up your endurance and stamina. If you go for the intermediate cardio classes or those with nasty instructors (yes, some people are mean and they judge others- avoid them), you may feel you want to give up. Sometimes trying to push yourself to do exercises that your body is not ready for (due to everyone else is doing it) may cause injury, painful muscle/ backbone pull/sprain. So start and gradually build up your stamina and fitness until you can program to an intermediate class.

With doing a little tweak to your diet to include more fruits and vegetables and reduce the meat, processed and fried foods, you would be well on your way to weight loss. Once you start to lose weight and feel fit, you would feel so good that you would do your best to avoid going back to that tired, demotivated and overweight body.

A friend of mine used to be overweight. She walk around uncomfortably and had always appeared a bit moody and lack of self confidence. Recently, when I saw her again after about 6 months of not having seen her, I was amazed at her transformation. She had lost about 10 to 15 pounds, she moved around with ease, and her face had a healthy glow. She also felt more energetic and smile much more often.

When asked what was her secret, she shared that she had taken up jogging. Because she had to commute to work early in the morning, she sacrificed her sleep- getting up at 4am on most days to jog first before preparing herself to go to work. She could not afford gym membership so she started her own exercise program….and hang around long enough till she saw results. And when she saw results, it became an automatic motivation for her to continue.

Another man staying near my neighborhood used to be quite overweight- and he started jogging around the neighborhood. He started with short distance and alternate between jogging and walking- it then became mostly jogging. Later he worked near my working place and I used to see him jogging for rounds at the park. He had stuck to this regime for more than 10 years.

It is possible to begin an exercise program and see results from it. Most of the time, we give up too soon before we seen obvious improvement in ourselves. Give yourself a pat on the back for deciding to embark on an exercise program. And don’t get discourage by external factors. Do this for yourself, for your health. It’s almost impossible to be healthy given the stuff we put into our stomachs and the general stressful lifestyle- if we do not exercise.

Once you stuck by it and see the gradual transformation in your body, you would know that the success is all from your own doing, from your own effort and sweat. You would develop better self confidence and feel better about yourself…. and know that you can set up and achieve something if you put your mind in it. The positive effect of this will flow into your school and working life, as well as in your relationships with others (everyone loves to be around a confident and cheerful person).

What's Stopping You from Exercising?
Fitting into my favourite clothes
How You Sweat May Indicate Your Fitness Level
Why am I gaining weight after quiting the gym?
Spread the love
exercise, exercise motivation, gym, lose weight

Why Thai People are So Slim Despite Having Sweet Tooth

Foods to Avoid if You Have Joint Pains or Arthritis

Enjoyable Exercises You Can Do at Home

Exercises I have been doing lately

The Joy of Discipline to achieve your goals

Compensating for feasting during festivals

No more cheating at workouts

Caught a chill? Chinese medicine is really effective
So you want to quit your job to travel?