Once, there was a woman whom I’ve worked with who have very bad breath. Granted, we do have bad breath once a while- when we get up first thing in the morning, and through eating certain types of food, smoking or drinking coffee and not taking enough of water.

However, this lady was perpetually having that problem. She would come to my place and the moment she started complaining, it was as if the negative torrents of anger, resentment, frustration came out together with the bad breath.

This had happened a few years ago but that was the starting point where I started to suspect a possible connection between pent-up negative emotions and bad breath. 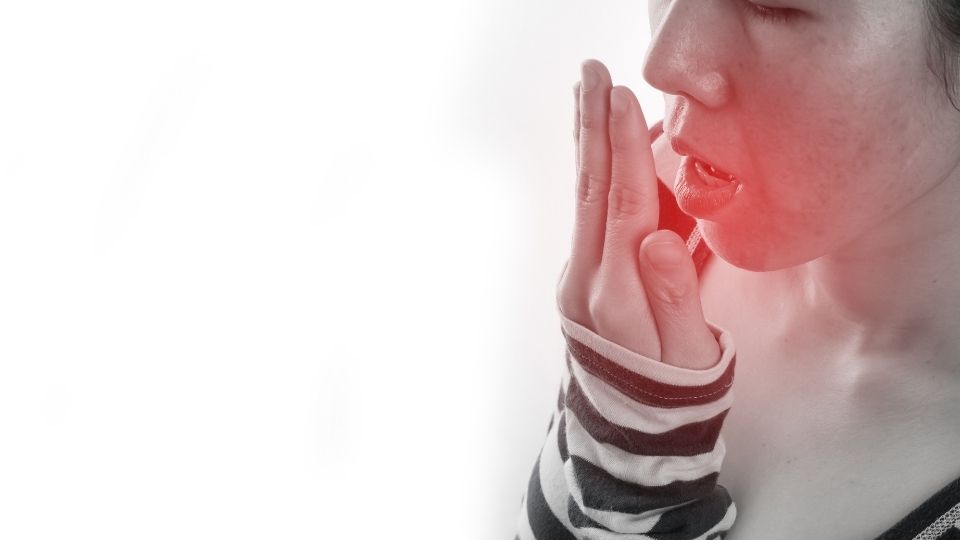 You see, this lady had appeared to be calm, quiet and knowledgeable outwardly. But inwardly lies a frustrated and angry soul, trapped by the choices that she had made in life.

She had lived her youth believing she had all the answers in life. She did not a high but a powerful position, in which people had pretended to be nice to try to please her to earn through the favors of her bosses.  It’s that in working life- but it is healthier if the relationship is symbiosis, meaning, both parties get the benefits out of each other. Perhaps she had placed too much emotion and emphasis and was not able to accept when people who left the place soon had not wanted to stay in touch (most corporate relationships end that way).

Anyway, I sort of sense that she had already reached the stage of her life where it was too late to turn back as she had already retired. There were lots of bitterness, frustration and regret. Being accustomed to having what she had wanted, she suddenly found herself alone and lonely.

Please note I am not sharing this to judge anyone. Anyone of us could well find ourselves in her situation- we thought our choices is right but when we are middle age, we suddenly realize our whole life had been a sort of mistake and we have made the wrong choices. Or due to choosing to remain single, we find ourselves desperately lonely and frustrated.

When we allow the anger, frustration, jealousy and regret to burn us up inside and doing our best to suppress it, one of the outward symptom may be persistent bad breath that does not seems to have a cure despite using all the brands of mouthwash, eating healthy, drinking water, etc.

Instead of getting angry at the world and having anger and frustration, find a way to creatively channel the supressed energy outwards. It could be with exercise, getting a part time job, volunteering, writing blogs to jot experiences, joining similar social groups, rediscovering our faith, etc. Find ways to bring genuine cheer and gratitude into our lives.

Life is a series of choices. Granted, we could have spent most part of our lives making the wrong choices but we should not beat ourselves up to it. Because given that circumstances and with our maturity level, it seemed like the right choice then. At least we know- it’s still not too late, rite? We are still breathing and alive. Never too late to make a change.

Most important is don’t hold fixed ideas like ‘that’s the way I am, I cannot change’ or ‘take it or leave it‘ or ‘it’s all other people’s fault’.  Stubbornness and pride  causes many people in this world to be stuck in a perpetual cycle of deep unhappiness.

I know of another lady who had spent her entire youth working for what she thought to be for the right cause. And in the name of ‘right cause’, she was paid lower wages, she had sacrificed most of her weekends and public holidays. After years of sacrifice, suddenly she was pushed out after a falling out. She was towards retirement age then. But the push out in the cold had made her push herself for once to go out of her comfort level and start doing sales. When I contacted her, I’ve never hear such cheerful voice and the glow shows in her face.  She moved on, and don’t have time for regrets.

Just can’t resist it… I want to leave you with this video that poke on the lighter side of bad breath:

The Heart Attack Personality
Be the master of your own moods instead being a slave to them
How to stop being angry, stressed, defensive and sensitive
Why people walk or run with loud footsteps?
Spread the love
anger, bad breath, mind over matter