For a long time, I have been very concerned with children taking antibiotics whenever they have fever, cough or flu/cold. Sometimes, it is hard to blame the parents- because a child having fever has to be monitored because fever than goes too high may cause brain damage. And most of the time, both parents are working, there are no one fully reliable to monitor the child- so the antibiotic is used as a quick kill. 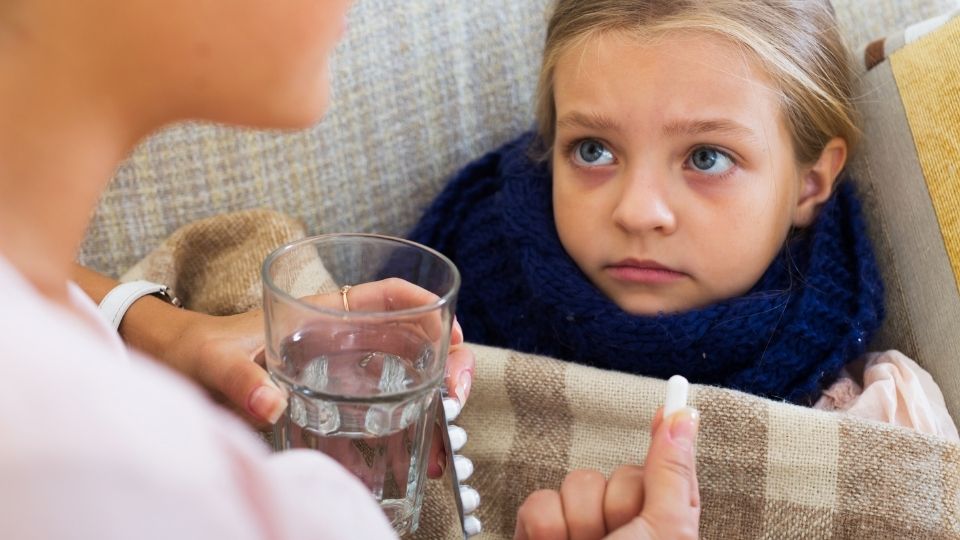 But antibiotic, as the word implies, is effective if you want to treat a bacterial infection. Most flu and fevers are virus infection, not bacteria. Previously, I had some colleagues coming to work sick, with the flu, sore throat or are coughing. When I asked them why they fell sick, many told me that they contracted from their kids, who fell sick just a few days before. As some children are placed in day care centers, it is easy for them to contract the virus from their little friends while playing together and sharing food.

During my schooling days, normally we are only down for about 2 to 3 days before we recover from flu, cough or fever.  When I was growing up, my mom made it a point to cook for the family- to provide simple but nutritious food even though it meant that she had to get up every morning at 5.45am (she had to take 2 minibuses to work).  She said that by eating healthy food, the body will be able to built up a better immune system in the long run. When we fall sick (which touch wood were infrequent), mom (who is a qualified staffnurse) did not give us antibiotics- she made us drink lots of water, just take a paracetemol and rest a lot.

But as the virus strain seems to get stronger, now it takes at least a week for most people to recover. Even after a week, when they come to work, you can still hear sneezing, cough or hoarse voice (sore throat) even though the fever’s gone.

Below are some websites that discuss on the disadvantages of using antibiotics for treatment of ear infections, fever and flu.

Living with an Asperger child

What to do when a child gets diarrhea