When a person tells me that they have been coughing for a long time, tried all remedies and yet could not be cured, the first thing I wondered is if they could have been going through a period of sadness and grief which lead to the coughing.

In traditional Chinese medicine, unexpressed grief and sadness would weaken the energy of the lungs, leading on to the susceptibility of developing chronic cough that does not seems to go away.

This article is going to be very personal and even embarrassing but I really hope that by sharing my story, it may help you to relate to any life situation that you may been going through.

In the previous article, I have shared some home remedies for cough taught by a concerned neighbor as I have recently developed a cough since 10 days ago. About 6 days ago, the cough suddenly went very serious- resulting in laryngitis (my voice got very coarse and husky and it was difficult for me to speak), almost total urine incontinence and vomitting at night.

Even though at the beginning my cough was not severe, I find that I was quickly losing my voice.

For 5 nights, I could not sleep as I was literally coughing the entire night.  Coughs usually would tend to get worse at night as it is colder and when we lie down, the position make the mucus and postnasal flow move towards the throat and irritate it. Even when I slept on an incline (by using pillow and booster to raise my head position), my cough was the same.

But worse was the urine incontinence. Based on definition from Wikipedia, I have not even arrived at middle age, let alone under elderly category hence I am at total lost to explain why I had urine incontinence (even at daytime but got real bad at night). And the medical cause of it is unknown.

On the first bad night, I had to change my pad, underwear and pants 3 times and yet it was not enough. I resorted to using sanitary pads meant for heavy flow measuring 37cm, and eventually 40cm but that got soiled after 2 explosive and uncontrollable coughing episodes.

On the second night of the explosive cough, resulted in almost total urine incontinence despite me having cleared my bladder, I realized I had no other choice but to resort to using something I never thought I had to use at this age.

For the first time in my adult life, I had to use an adult diaper. I had an unopened pack in my home as I got for my mom last year when she was in pain after a fall and could not go to toilet. But my mom refused to use a diaper, opting instead to tilt herself and pass urine into an empty Ensure container.

I also had to be careful in what I eat because my cough also trigger a reflex action at night which causes me to involuntarily throw up undigested food. I totally stayed away from cold drinks, fried and spicy food and chocolates as well as any food that I noticed made me cough. I drank mostly warm water which I kept in a flask.

Emotional cause of urine incontinence

It irked me why this happened and I looked up my favourite book, Your Body Speaks Your Mind by Deb Shapiro. What was mentioned in the book totally spooked me out because it was very true.

“Because incontinence is the result of a muscular action that has collapsed or weakened, it implies a tendency toward mental feebleness, an inability to focus energy, an attitude of hopelessless or inner collapse. No longer able to psychologically or emotionally adapt to different circumstances- to expand or contract as necessary- there instead is a giving in, especially to grief, loss, or fear.

Incontinence indicates the inability to control your feelings, so there is a continual unstoppable outpouring. Or there may be a feeling of powerlessness, as if you are a helpless victim and can do nothing for yourself. This can occur when you feel abandoned, isolated and have lost personal power, as when an elderly person has moved into a nursing home’

Actually since the last few months I have been going through a lot of emotions which eventually turned to acceptance with sadness. I do not develop cough often and the moment my cough started, I have already begin to suspect the emotional link of sadness and grief which have weaken my lung energy. My issue with incontinence began very soon after I gave up.

How my cough suddenly much better

I was coughing so much especially at night that I could see no sign of the end of it. Despite kept awake literally the whole night, it did not cause me to feel tired or unable to function during the day.

Things changed due to something that happened. What happened was my mom and her brother had a very strained relationship for most of their lives due to a series of misunderstanding and instigation from another person (who had passed on). Both were stubborn and hot headed but both were hurt by each other’s action.

From the way my mom constantly spoke of her brother, I sensed a lot of hurt from the harsh words that her brother often used. Earlier I decided to visit the family on my own to try to mend the rift. When I went to the house, I saw that my uncle was in very similar situation with my mom- both had short term memory loss (but could remember the past) and both walked using walkers.

My auntie (my mom’s brother’s wife) who was equally keen to mend the rift recuperated by inviting us over for dinner. After all, my mom was his only relative left (of course he has wife, kids and grandkids but in terms of his own relative whom he grew up with, he only had my mom). My auntie also got all her 5 kids to come with their kids and spouses so that we could all meet.

I was very happy to meet my cousins, whom I was very close to when I was young. However, we never met for decades due to the misunderstanding of our parents. When we met back, the bond can still be felt and my cousins, being mostly older than me were able to share with me their memories of how happy they were when they came to our house to play as my mom could used to cook and our house got toys and they could watch Disney cartoons.

But the best was to watch both my mom and her brother, sitting side by side smiling and joking. For the first time, they could sit and joked about old times without any bitterness as both have tone down due to age and their forgetfulness.

The experience bought deep joy and relief in my being- to finally be able to mend the rift between both siblings, who would have gotten along just fine had it not be due to pride, stubbornness, instigation and short fuse.

And with that replacement of emotion, I suddenly found even on the same night itself before I left my uncle’s house that my cough symptoms subsided tremendously. That night, I was able to sleep without requiring a diaper. I had only one episode of explosive and uncontrollable coughing instead of countless episodes. I was able to sleep much better.

Next day, my voice slowly came back. Even though it is not completely normalized, but the inability to speak (which I suspected earlier stem from feeling fed up of speaking up when not appreciated or listened to).

What does this means for you?

My personal experience proved to me once again that many of the symptoms in our body especially those that does not get cured with all medication contains an emotional cause behind. 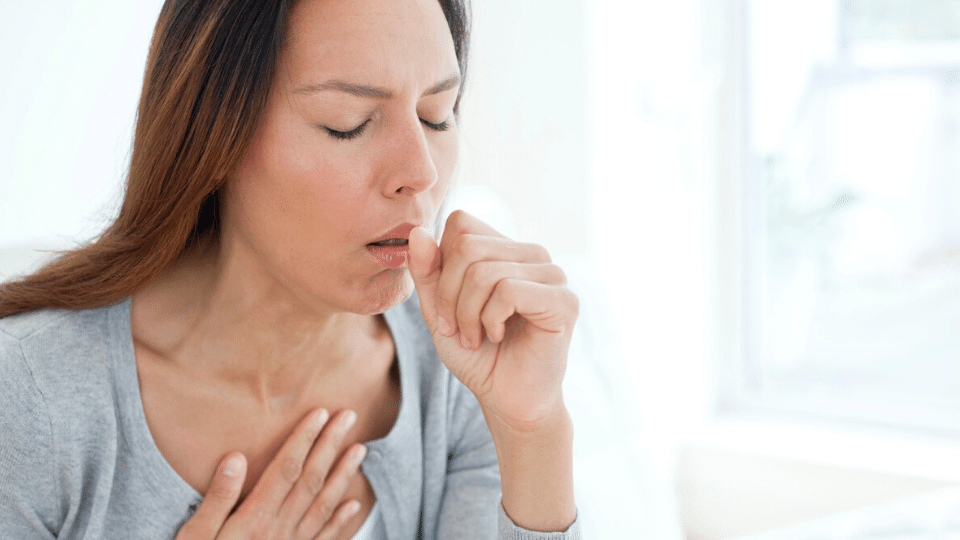 If you are going through the same bad ‘explosive’ chronic cough, try to examine your emotions if there could be any link to sadness or grief that could have bought about that situation.

I knew and understood the symptoms but I did not know a way out of it until I experienced immense joy from finally able to mend the relationship rift of my mom with her brother.

Similarly for you, there may be a situation that is really making you feel very down. And there is nothing much you could do as the situation is not within our control. Or you felt being greatly let down or suffered a huge loss dear to your heart. You may consider to seek help to sought out the feelings (counselling or therapy) or do something that would give you great joy.

By great joy I do not mean splashing all your money in retail therapy or going on an expensive holiday. I personally feel that those methods does not work.

Perhaps to find something that you want to do a lot time, or something you could do to bring closure to what that has been bothering you for a long time.

Or start a cause to do something meaningful to you or start up a hobby or work towards a goal that would give you a lot of joy and a feelings of accomplishments. I noticed, even during the period when I am coughing, that it does not flare up as much if you are totally engrossed in something that you genuinely enjoyed doing.

How to Stop the Cough at Night using Vicks VapoRub