I’ve decided to share this childhood story as I have been reading numerous articles on the Hungry Ghost Festival. A strange illness that I had when I was a teenager had played a role in shaping me to be the person I am today.

When I was 15 years old, my mom sent me for swimming class in a local club together with other students. The class started before the hungry ghost month and proceed during the month itself (the Chinese 7th lunar calendar which usually falls around August of every year). I went for the class as usual but one day in the evening, I have fits in school. From then, I was not allowed to go for swimming class because no one would know if I’ll probably drown.

My mom brought me to a specialist in the hospital who told me that I’ll probably have to be on lifelong medication to control the fainting. The side effect of the medication (as with all types of medication that sometimes I doubt the effectiveness of it) was that I was getting forgetful.

Despite with the medication, the fainting spells continue- and during each episode, the flow of oxygen to my brain was obstructed. My mom is not a superstitious person as she was a trained staffnurse who believed in conventional medicine. But she was desperate because she was not seeing any improvement and she knew my brain would get weaker and weaker.

A friend of hers recommended I consulted a spiritual healer who was guided by Kuan Yin (Goddess of Mercy).  When I was brought there, the healer could tell that I have encountered a fierce spirit while learning swimming….and the spirit wanted to take my life. She said it would not be an easy battle- but within 6 months, she guaranteed that I would be cured. 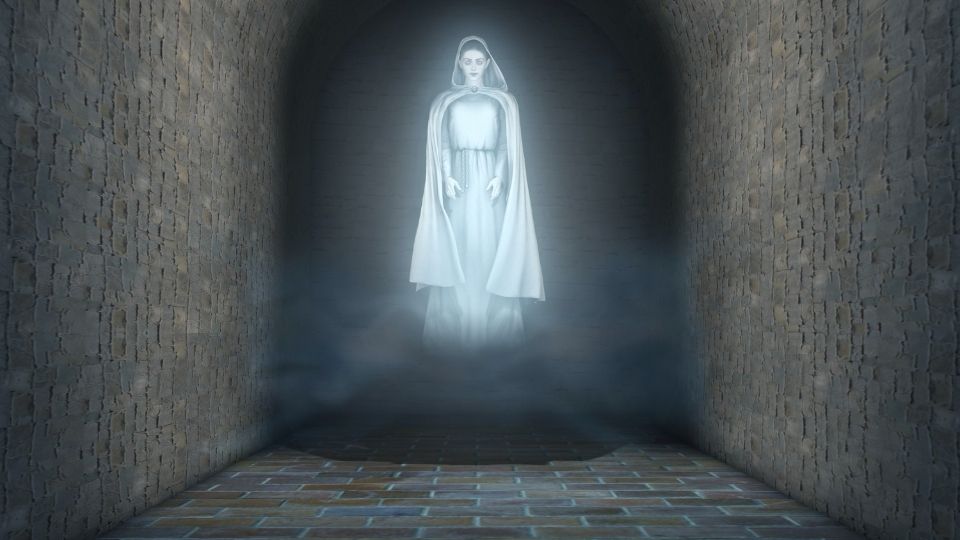 There were a lot of ‘steps’ that I need to follow- we need to go 9 times to take holy water and burned yellow paper- in which my mom’s friend had offered to go on our behalf to collect. Until today, I have a lot of gratitude for this lady for she was willing to help me even though I was by no way related to her.

True to the healer’s words, after 6 months of seeing her and following the procedures, I never had the fainting spell right until today. The last time it happened was when I was 16. Sometimes….. certain things are hard for us not to believe.

For many years after finding out about this, I had a lot of fear…. fear towards ghosts and spirits. Later I started to fear whenever I encounter or feel strange things- that it could be disturbance of the ‘unseen’ in nature. Later over some other issue when I went back to the healer, she told me that the problem was all in my mind- she said at 15, the spirit disturbance was real but the other problems and complaints were all in my mind. In actual fact, I was letting fear control me and I was also not been accountable for my ownself. It took me years but those earlier experiences had taught me the meaning of being accountable and I’ve later chosen to face my fears instead of expecting others to ‘fix’ my problems.

When we experience fear, we lower our energy levels. We all have an invisible aura or life force shield that is strong when we are virtuous, kind, alert and emotionally healthy and happy.  That ability is all within us- we should learn to develop this qualities as it would protect us wherever we go. This is the laws of nature which I’ve learned through staying in forest and with nature. We can play a role in healing and we can seek protection- not with anger but with compassion and love because if we have this within our hearts, it protects us and we are ‘looked after’ wherever we go. If we have good hearts, we do not need powerful amulets for protection. These are the lessons I learned in my various ‘encounters’ the dark forest and caves. We all share a living space on this earth and we need to learn to respect other beings and entities. Whether you believe it or not, your best protection in life is not insurance, how sophisticated your house alarm system or how much of money you have….but the best protection in life are your virtues. If our time on earth is up, we do not need to be afraid to the next place we will go if we live our lives guided by a clear conscience.

Led an evil life and we would always need to look over our shoulders. Well, I don’t see what’s the joy in living that way- yes, we get material wealth but the inner core is very empty and there is always fear.

That’s why it does not pay to be unkind and bad hearted. If we are predominantly controlled by emotions such as excessive desire, jealousy, anger, desire to break people apart, unkind, like to see people suffer, scattered mind, etc- we would lower our energy levels. If you happen to use the special camera to take your aura field, you would see that  it is weak. Substance abuse such as alcohol, drugs, watching porn/violent shows that makes us lose touch with ourselves would weaken us and make us more susceptible to negative forces. And many people does that- that’s why in a way, it’s like we are opening up our vulnerabilities and in a way inviting those who want to capitalize on our weakness….be it visible or invisible ones.

People would say that if we are good and kind, then others would step all over us- for the world is a mean place. So we are told we need to be selfish to get ahead. Actually, it’s not true- even though we can be kind hearted, we need to have wisdom and be firm as well- don’t do it blindly and don’t be a doormat. The world is the world- it depends on how you look at it.

If you see beauty and untapped potential in people, we would want to help them.  Sometimes we cannot completely change others,  but we can touch people with our kindness. It all depends on how you look at life.

I’ve gone through some very difficult experiences in my life- and it should have turned me into a hard, selfish and bitter person. Well, it could have been if it not had been a few key people who saw potential in me that I’ve never seen in myself and have overlooked my flaws and patiently turned me around. If you are in a similar predicament, I sincerely wish with my heart that you would meet those who guide you to realize your highest potential.

Happiness is here and now

Am I allergic to things like perfume, mint, etc?
Thought of quiting the gym?